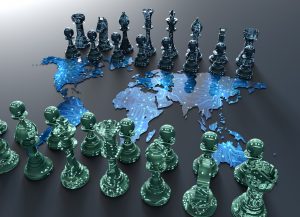 The United States is failing to meet the challenges and ignoring the opportunities presented by the US-DPRK crisis. The Trump administration’s policy of maximum pressure and engagement—which applies the brakes on engagement but is full pedal to the metal on pressure—has significantly increased the risk of a disastrous war while offering few prospects for meaningful dialogue that could reverse the spiraling crisis. Judged against the US preferred outcomes, this policy has utterly failed.

The Trump administration is guilty of committing the sins of its predecessors. By focusing exclusively on Pyongyang’s nuclear proliferation, Washington has overlooked the regional dimensions of this crisis and succumbed to illusions that prevent it from attaining a denuclearized Korean Peninsula. Indeed, by the end of 2017, virtually every other major player was publicly anxious that US policy was leading to a war with North Korea that could only be an unmitigated catastrophe for the region.[1] Meanwhile, Pyongyang blithely continues to defy UN resolutions, sanctions and US pressure, and to augment and improve its missile and nuclear arsenals. Nor, by all accounts, is it ready to negotiate on the basis of Washington’s completely fantastical goal of denuclearization.[2]

Trump administration officials insist that the “military option” is needed to make North Korea abandon its nuclear weapons because, according to National Security Advisor H.R. McMaster, it is unacceptable for North Korea to possess a single nuclear weapon that could strike the United States.[3] Under these circumstances, and since the DPRK’s government has never been suicidal, it should have been predictable that once the regime proclaimed itself satisfied with its nuclear deterrent that it would seek outside political opportunities to defuse the tension. This is exactly what occurred when Kim Jong Un, in his 2018 New Year’s speech, launched a diplomatic initiative towards South Korea. Equally unsurprisingly, the two sides after only one day of negotiations agreed for North Korea to participate in the Olympics, reinstated the hotline at the 38th parallel, and agreed to further military-to-military talks.[4]

Déjà Vu All Over Again

It is particularly alarming that many of the Trump administration’s illusions resemble those displayed by the Bush Administration before it invaded Iraq in 2003.[5] For every statement that the US is ready to negotiate with North Korea, even without preconditions, there are a flood of statements refusing to commit to a peaceful solution, disparaging diplomacy as a waste of time, and declaring that the only basis for US-DPRK negotiations is Pyongyang’s total capitulation to Washington’s demands on complete, verifiable, and irreversible denuclearization. Moreover, the administration’s commitment to a peaceful resolution of the conflict are undercut by publicly entertaining fantasies of limited war strikes on North Korea that would give it a “bloody nose,” claiming that North Korean nuclear weapons are intolerable to the world, arguing that we are running out of time, and conducting a host of deployments and exercises that the North perceives as further demonstrations of the US hostile policy toward it.[6]

Most of these statements represent long-held illusions that have led US policy astray and could now lead to war by endlessly chanting that there is no alternative to war or time to prepare for anything but war. Nevertheless, if diplomatic negotiations are excluded a priori then the number of alternatives to war to denuclearize North Korea radically diminishes. As Max Boot wrote, “If deterrence is unacceptable and sanctions are unsuccessful, that leaves only one way to stop the North Korean nuclear program—through military action.”[7]

Preventive war, in any case, is unlikely to denuclearize North Korea although it certainly will degrade its capabilities For instance, North Korea’s nuclear capability will not be fully destroyed and it may well then use that capability against the US or US allies. Second, Pyongyang’s conventional capabilities could destroy Seoul and inflict thousands of casualties and fatalities, if not more. Third, in the course of trying to mount a surprise preventive strike (there is no sign that North Korea is contemplating an imminent launch which would make it a preemptive strike), the US must undertake measures that will likely be visible either to North Korea itself or to China and Russia, who would probably inform the North. In either case, the essential element of surprise necessary for such attacks would be lost.

Even if the US launched a purely conventional strike, war is likely to ensue, which could bring about close to a million if not more casualties. Worse yet, the situation could lead quickly to nuclear and/or chemical or biological weapons (CBW) use by North Korea, leaving devastating effects to South Korea for years.[8] Alternatively, if we were to prevail and destroy the North Korean regime, we would then bear the brunt of the responsibility, if not all of it, to institute order, feed the country, find and destroy remaining nuclear and CBW capabilities, thwart any external proliferation deals underway, and somehow convince China of our intentions in the Pacific. Inasmuch as China has repeatedly warned that a US invasion of the North would trigger a Chinese riposte, we would have to arrange matters to make North Korea strike first at South Korea and thus invalidate the treaty with China, though this scenario is unlikely.[9] And since a war in Northeast Asia involves four of the largest economies in the world (US, China, Japan and South Korea), the global economic consequences would be enormous and could trigger a global recession.

If, as the great military historian Liddell Hart wrote, the purpose of war is a better peace, this outcome hardly justifies war. Despite a small minority of strategists who believe North Korean retaliation to a US attack would be limited, it is more likely that any military action against North Korea would escalate into a total war. Pyongyang cannot afford to lose any war since possessing nuclear weapons to defend the survival of the Kim Dynasty and the country’s sovereignty and independence have been used to justify the suffering imposed by the regime upon its people. Thus, talk of limited war and controlling escalation represents a flight from reality.

Deterrence Should Not be a Four-Letter Word

Even though the US deterred the Soviet Union and China from 1945 to the present, and North Korea since 1953, the argument that the DPRK suddenly cannot be deterred because it has nuclear weapons is simply taken for granted despite the historical record. This argument and the claim that America is “running out of time” does not stand up to real scrutiny.[10] We may have already run out of time in trying to prevent North Korea from acquiring the capability to hit the US with a nuclear weapon, but it has long been clear that we could not do that short of launching another Korean War, clearly an unacceptable policy.

But we are hardly running out of time for a political resolution of this issue unless North Korea is about to attack South Korea and believes that its nuclear weapons will deter the US from defending South Korea or believes that it can simply intimidate South Korea into surrender by the threat of destruction. If there is evidence to that effect, nobody has heard or seen it. Nor has the Trump Administration made clear what “running out of time” actually means, only that every day brings us closer to war.[11]

Likewise, we are repeatedly told that North Korea and its leader cannot be deterred, that the regime will collapse if pushed hard enough, and that Kim Jong Un is crazy and irrational. Yet there is no evidence for any of these arguments—or at least none that has been offered to Congress or the public. On the contrary, claiming that deterrence won’t work is belied by 65 years of prudential North Korean statecraft that demonstrates the regime’s understandings of the limits it cannot cross. And despite the perfervid moralism of those who still believe that we can simply crush evil in the world by dint of our superior virtue (another argument used in favor of invading Iraq), preventive war against North Korea lacks both strategic and moral justification given the number of ROK, US, North Korean, and possibly Japanese casualties likely to occur during an armed conflict and probable Chinese intervention. Moreover, the signs that we are about to launch a preventive war would be so numerous, visible, and time consuming that they would forfeit surprise and could provoke Pyongyang to attack first.[12]

Finally, we have for too long chased the illusion that we could induce Russia or China to pull our chestnuts out of the fire when over a decade of their policies shows that they blame Washington more than Pyongyang for this crisis and regard North Korea as an asset to their policy of reducing US power and presence in Asia. They may oppose a North Korea’s nuclear program because it allows Pyongyang to escape their control and conduct an independent policy that could trigger a war. But they have covertly and sometimes overtly abetted its proliferation for years and continue doing so even while supporting sanctions to curb North Korea’s independence.[13]

As this author wrote a decade ago, China has less leverage on North Korea and is less willing to deploy it than Washington continues to believe.[14] This rings even truer today, as Kim Jong Un has failed to build a relationship with Xi Jinping. Moreover, China and Russia have steadily abetted North Korea’s proliferation and its violation of the UN sanctions regime.[15] Nevertheless, the Trump administration continues to press China to exercise its economic leverage over the North and even occasionally threatens to punish Beijing on trade and economic issues if it does not do so. But Beijing regards these unilateral demands by senior US policymakers as an attempt to pressure the Chinese to throw a buffer state under a bus—or as a pretext for starting a crisis that could lead to war.[16]

Both outcomes are unacceptable to China. Beijing’s fears that American policy might engender either or both have galvanized it to seize the diplomatic initiative in unprecedented ways that have clearly strengthened its overall position in Asia. The recent agreement with Seoul to try to resolve the year-long diplomatic standoff over the placement of THAAD missile defenses in South Korea illustrates Beijing’s diplomatic efforts. Despite North Korea’s obduracy, US pressure on Beijing incurs Chinese resistance and skepticism and also fortifies North Korea’s refusal to listen to Beijing.[17]

Under these circumstances, China cannot be happy with Washington for putting it on the brink of a major crisis and in a no-win situation, and likely resents Pyongyang for constantly blackmailing it. North Korea’s denuclearization is an important priority for Beijing, but preserving peace and stability on the peninsula outranks it. Indeed, China probably has a greater stake in North Korea’s stability than does any of the other players. Moreover, neither Beijing nor Moscow has any interest in rescuing Washington from its folly. In fact, US policy towards North Korea has strengthened the Sino-Russian alliance and convinced both Russia and China to sustain North Korea against America even if Pyongyang restrains its provocative behavior.

Whistling Past the Graveyard

Bipartisan illusions have led Washington to ignore Korean realities and overlook the regional security dimensions of the six-party maneuvering around North Korea’s nuclearization. If the US were alert to the current regional context, it might be able to exploit North Korea’s visible efforts to escape China’s tutelage, turn it to US advantage, and thereby reshape Northeast Asia to preserve American hegemony there and the peace that has facilitated regional prosperity and democracy.[18] However, Washington has instead chased illusions that are largely of its own making, putting it on a course that can only lead to a horribly bloody and catastrophic dead end. Hopefully, these illusions can be dispelled before the US steps into the abyss and takes many countries with it.