Post-typhoon imagery taken between September 10 and 15 revealed a significant movement of vessels within the secure boat basin, including repositioning of the SINPO-class submarine and the apparent disappearance of the submersible test barge. Since the test barge had been used in the past to facilitate previous submarine-launched ballistic missile (SLBM) tests, there was speculation that its departure from the boat basin indicated that North Korea was about to conduct an at-sea missile test.

However, it now appears that the barge did not depart from the boat basin, but was repositioned in front of the SINPO-class submarine under the protective awning where boat fenders were observed attached to some object or vessel. This left the SINPO-class submarine displaced further down the quay with its stern exposed. Unfortunately, the angle of that imagery precluded the ability to confirm what was under the awning.

In imagery from September 18, the submersible barge is visible under the awning, ahead of the SINPO-class submarine. Both have been moved farther to the south along the quay, now exposing approximately one-third of the barge but better concealing the submarine. This slight movement was done after the recent storm to accommodate the repositioning of one of the two support vessels to behind the submarine along the quay. A possible forklift is now on the quay next to the support vessel. 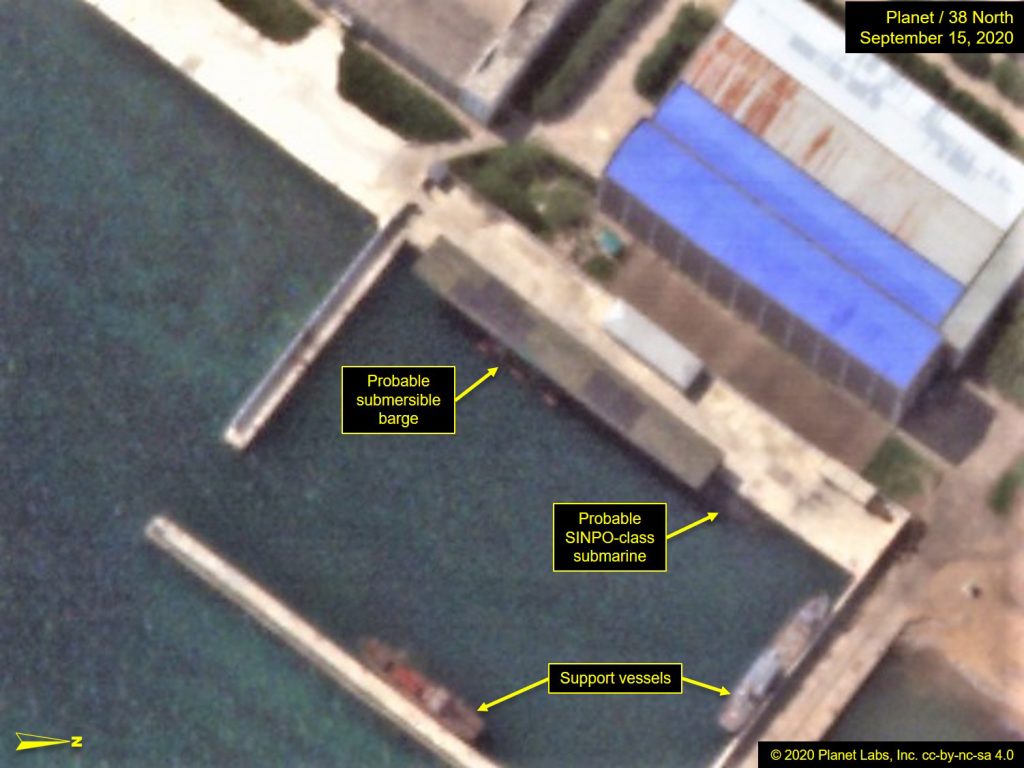 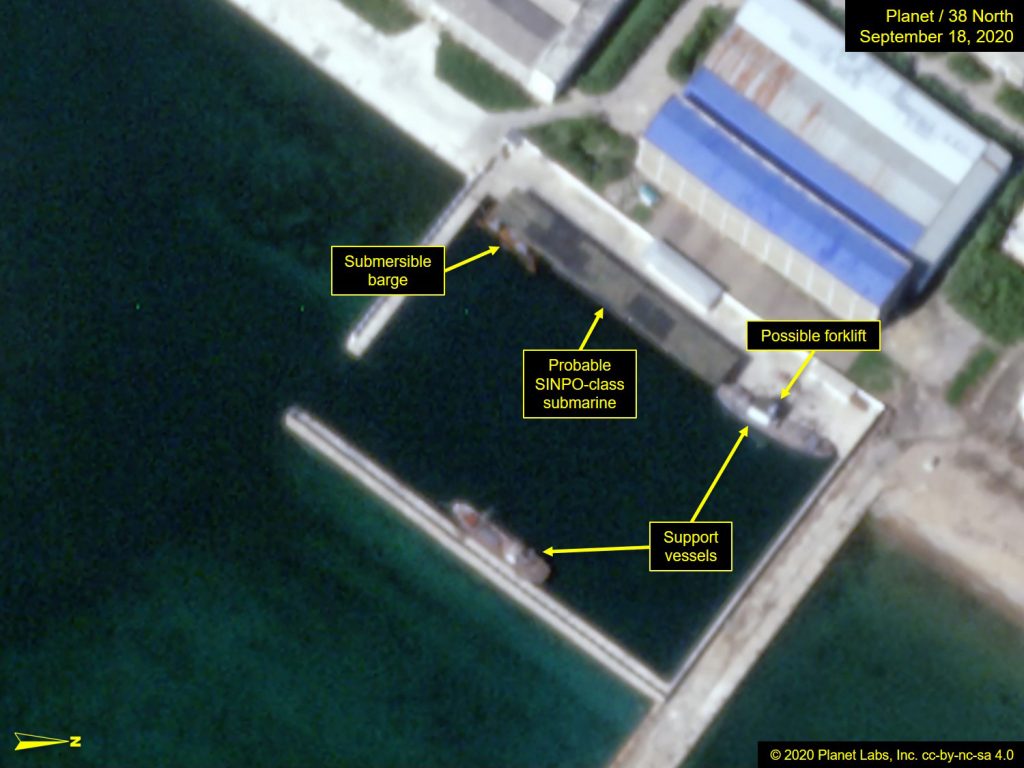