When North Korean media reported on the August 24 launch of missiles it included something we hadn’t seen before: drone photos. Until now all photos of North Korean launches have been taken at ground level but this time among the package released by KCNA were several taken from the air.

And in images of Kim Jong Un sitting at a desk observing the launch were two that showed what appeared to be remote controllers for drones or other devices.

The first controller is difficult to identify: 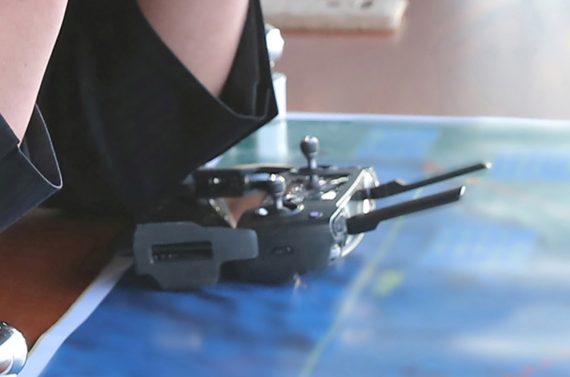 But the second looks like a controller made by the Chinese company DJI and was complete with a clip holding an Apple iPad. 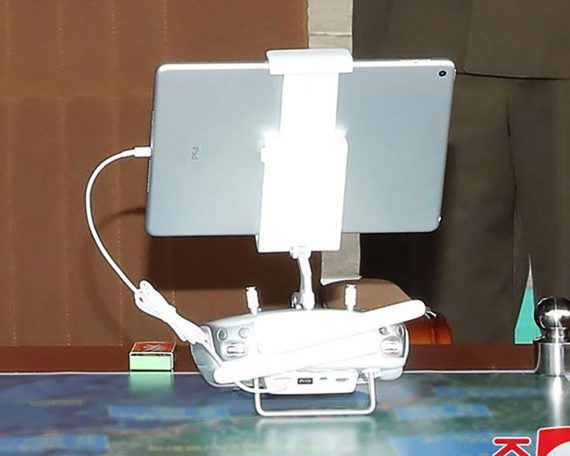 This is what a DJI controller looks like. Note the antennas in the North Korean image obscure the area where the brand name is located on the DJI model. 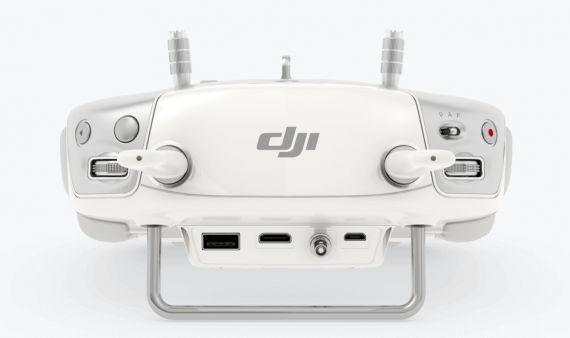 The use of a drone makes a lot of sense. It’s too dangerous to hover a helicopter close to a launch and the drone allows the capture of the test from a completely different vantage point. It also helps state media deliver a more powerful message.

On the subject of media messaging, none of the photos released for this launch were pixelated or had parts blurred out as in previous launches. This probably indicates a level of confidence in the military technology on show and a desire to deliver stronger images to North Korea’s neighbors and the U.S.

One image was quite purposely cropped to show Kim Yo Jong in attendance. A tidier edit, had the purpose not been to show her, would have cropped her out so only the camouflage netting made up the background.

As of the time of writing, Korean Central TV has not aired video footage of the launches.