North Korea’s Arirang Meari website introduced on Thursday a robot mop that it says was developed by a domestic company, but it bears a remarkable resemblance to a model by U.S.-based iRobot.

Most North Korean consumer electronics isn’t developed or manufactured in the country but bought from Chinese contract electronics manufacturers. A North Korean brand name is typically stamped on the product and it’s sold inside North Korea. Most common examples of this are smartphones and flat-panel TVs.

A lot of these products take design cues from more famous brands, but what’s striking in the Arirang Meari report is how close the robot mop is to the iRobot version. 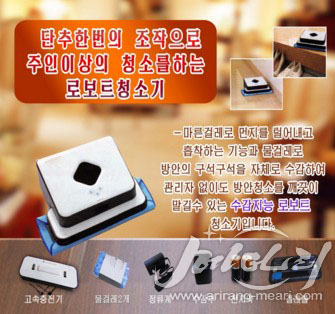 The North Korean mop has a distinctive square-shaped body with diamond cut out and three buttons.

And this is the iRobot Braava 390t. As can be seen, the two robots appear identical. 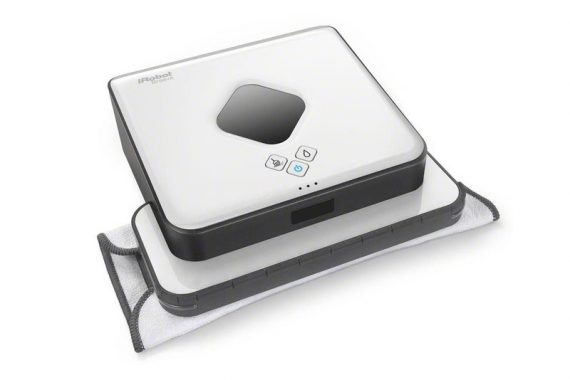 The similarity even extends to the base station charging adapter, which can be seen in the bottom left corner of the North Korean image.

A photo of the iRobot charger, found online, is reproduced below. Unfortunately, Arirang Meari doesn’t offer a higher-resolution image so further analysis is difficult. 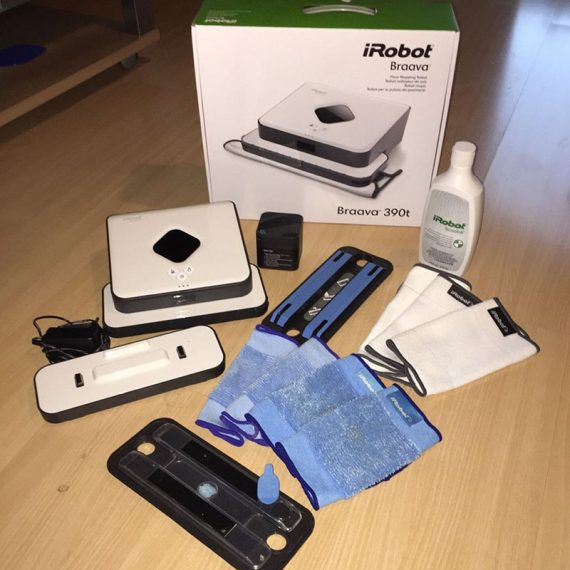 But such close similarities make me wonder if either iRobot sourced the Braava 390t from the same Chinese OEM or if North Korea is somehow passing off the iRobot as its own. I think the former is more likely than the latter, but I’ve asked iRobot if it can provide some clarity.

The robot was apparently shown at the recent National Exhibition of Sci-Tech Achievements in the Field of Robotics.