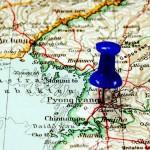 Over the past few months, following the visit of U.S. Ambassador Stephen Bosworth to Pyongyang, the North Korean Foreign Ministry has issued a number of pronouncements on issues related to the resumption of nuclear negotiations at the Beijing Six Party Talks. Outside experts and the media have concluded that the North is demanding the lifting of UN sanctions, imposed on Pyongyang after its missile and nuclear tests last spring, before it returns to negotiations. Based on the recent statements, there is also a general impression that Pyongyang is seeking the beginning of peace talks early on as a ploy to delay serious nuclear talks.

In fact, the statements may actually signal something quite different. The point is not that the North is now willing to engage in serious denuclearization talks. Indeed, as some observers have suggested, Pyongyang may be maneuvering to deflect and delay such a discussion. The question to consider is whether the recent foreign ministry pronouncements signal an opening that Washington can use to its advantage to advance US national security interests.

Admittedly, this is a tricky period for analysts. In the months leading up to substantive negotiations with North Korea, outside observers often trap themselves into minute exploration of the details of DPRK pronouncements and miss the larger message. Typically, the actual details of the North’s position—though probably worked out in Pyongyang well ahead of time—do not become clear until later, when negotiations are well underway. Much is left deliberately vague at the outset, giving the North freedom to set up defensive positions in the talks and then fall back from them at the proper time. Both the January 11th DPRK Foreign Ministry statement and the follow up Foreign Ministry spokesman’s statement a week later contain examples of analytical traps to avoid.

Contrary to the popular misconception, the statements made no explicit public linkage between lifting sanctions and restarting Six Party Talks. The connection appears to be implied (i.e. sanctions lifting before Six Party Talks) but it is by no means clearly spelled out. All the statement of January 11 says on the issue is:

“Still today the (Six Party) talks remain blocked by the barrier of distrust called sanctions against the DPRK.”

The spokesman’s statement of the 18th is not really much clearer, in its claim:

“If we go out to the Six-Party Talks, remaining subject to the sanctions, such talks will not be equal talks as clarified in the 19 September Joint Statement, but will only be talks between defendant and judge. Our self-respect never allows this to happen.”

Neither of these are forthright assertions that sanctions must be lifted before the North will rejoin Six Party Talks. Both are deliberately ambiguous formulations intended to allow the North flexibility to dial up or down its emphasis on the sanctions issue—that is, whether to demand sanctions be lifted completely, partially or only symbolically before other aspects of negotiations can proceed. At this point, the only thing that is clear is that the question of sanctions will be part of the DPRK position in the early stages of the talks, something routine as a going-in position for the North and entirely predictable ever since the UN Security Council adopted resolution 1874 in June 2009 after the North’s second nuclear test.

Also left vague in the recent statements from the foreign ministry is the relationship between the North’s proposed peace talks and Six Party Talks. That ambiguity preserves room for Pyongyang to decide whether to establish hard or soft linkage between the two sets of talks. In this regard, it is worth remembering that the North Koreans have raised (and dropped) the idea of a peace agreement with the U.S. many times before, going back to 1974. The call for peace talks is not necessarily key to their position and may still be something they could live without. It might be more sensible therefore to view the recent statements (especially given their overall positive tone) as a bridge to resuming a more productive phase in U.S.-DPRK engagement.

Lost in the welter of bad analysis has been the much more important point that the North used both Foreign Ministry pronouncements to accept—publicly and explicitly—the legitimacy of the September 2005 Six Party joint statement, and thus the Six Party Talks themselves. Pyongyang has thus moved the center of gravity of its position off the issue of legitimacy of the Six Party Talks to questions of interpretation of sequence and timing—a stance it may well feel is more defensible and liable to garner support from Beijing.

It is worth noting that in October 2009, during Chinese Premier Wen Jibao’s visit to the North, Pyongyang reported that Kim Jong Il told Wen that the North was prepared “to proceed with multilateral talks after seeing the results of the DPRK-US talks” and that “including in the multilateral talks are Six Party Talks.” At the time, many outside observers scoffed at the idea that the North was serious, arguing that Kim’s formulation was fuzzy. In fact, Kim’s public statements are not supposed to be precise on these questions. They open the door and signal the direction for policy, which is exactly what happened in this case.

One point that seems to have been largely ignored (or simply dismissed as “smile diplomacy”) by most observer is the carefully calibrated tone of the recent statements. Of particular note in the January 18th spokesman’s statement is the use of a “vicious cycle” formulation to explain the current situation. By focusing on the dynamic as a cause of the problem rather than blaming the U.S. (or the ROK or Japan) as the culprit, Pyongyang has given itself room to consider a fairly broad range of options for moving the negotiating process ahead. Similarly noteworthy was the statement’s unusually balanced portrayal of the accomplishments of the Six Party Talks, citing examples of ways in which both sides gained. That allows the North to move forward in talks while maintaining its position that the way ahead rests on give or take or, more precisely, the principle of “action for action.”