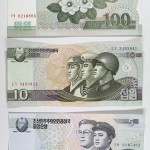 Politics and economics are deeply entwined in North Korea. Thus, interpretation of the intentions and implications of North Korean actions must be assessed through both lenses. As it tries to address economic development and security challenges, North Korea has to find a way to make internal changes that will yield results while maintaining political control and regime legitimacy. At the same time, Pyongyang has to improve its external relations in ways that enhance its economy and security, but this will require more openness and commitment to compliance with international norms. The leadership understands only too well what threats and opportunities it faces. However, the gap between the North’s political desires and the realities of charting a successful economic course is already demonstrating how tenuous its ability to manage change has become.

Official rhetoric has set a number of markers. The goal of becoming a “Strong and Prosperous Nation by 2012” to honor the 100th birthday of the founding father Kim Il Sung has fixed a hard deadline for meaningful accomplishment. Both domestic and international perceptions of the regime’s competency as it prepares for a second leadership transition are now tied to demonstrable progress towards these goals. While analysts may offer various measures of such progress, the ultimate test will be the sense of hopefulness or disillusionment about the future in the hearts and minds of the North Korean people.

It is thus not surprising that the 2010 New Year’s Editorial was entitled “Bring about a radical turn in the people’s standard of living by accelerating the development of light industry and agriculture once again this year that marks the 65th Anniversary of the founding of the Worker’s Party of Korea.” By emphasizing the historical identity of the Party as providers of basic welfare to the North Korean people, the editorial signals that bringing broad-based economic benefits to society and associating this effort with the current leadership are essential policy goals. The significance of this public commitment should not be underestimated since the editorial is circulated widely. Delivering on these expectations is now an imperative. It is also a standard by which domestic economic policies and management of international relations will be judged. Other priorities for the leadership must include protecting the economic privileges of the ruling elite and ensuring sufficient military spending to maintain national security. But achieving these goals without delivering on this newly-created expectation for improved standard of living will not assure a successful leadership transition.

Despite the clear delineation of policy objectives, however, the editorial outlines a mixed bag of prescriptions for how to achieve these goals, perhaps revealing internal disagreement over which course of action would best satisfy both political and economic considerations. There are few either within North Korea or the international community who would disagree with the importance of increasing agricultural productivity and investment in light industry. Improvements in food security and job creation in small and medium-sized enterprises are important for any economic development strategy. Other statements in the editorial endorse the idea that expanding foreign trade and investment as well as harnessing advances in science and technology are necessary to achieve growth. During 2009, the North made efforts to promote foreign trade and investment even while facing international sanctions. It also reorganized the Cabinet in order to better coordinate management of science and technology, signifying a broad commitment to this agenda.

At the same time, the editorial makes explicit a reassertion of traditional socialist economic management principles and a rejection of experimentation with markets. For example, it states: “A strict discipline should be established in planning, financial management, and labor administration, so as to give full play to the superiority of the highly-organized socialist planned economy.” Its continuing deference to the primacy of heavy industry and the anti-market sentiment demonstrate a predilection for remaining wedded to socialist economic management rather than for a pragmatic adaptation to the realities of the mixed economy that has evolved in North Korea in recent years. This stance implies rejection of both the Chinese and Vietnamese models where Party ideology was adapted to accommodate the growth of market mechanisms.

Indeed, domestic economic policy has remained tepid on the role of markets for a number of years. They were believed necessary to offset the failures of the Public Distribution System. But the markets were never embraced nor integrated effectively into the banking and public finance systems, which have lagged behind the evolution of the role of markets in the economy. While anti-market measures have been undertaken sporadically in recent years, the government now seems to be reasserting a state-managed economic system more aggressively. This shift was clearly seen during the currency reform and market curtailment measures which began late last year.

The government in Pyongyang appears to have had a wide variety of objectives in mind when undertaking these measures. They include:

While the North has mobilized both propaganda and security services to reinforce implementation of these steps, it seems that neither economic nor political goals are being achieved. The initial public response to the currency reform was decidedly antagonistic, especially among traders who stood to lose accumulated savings in both local and foreign currencies. This antagonism later spread to the general public. Prices, rather than stabilizing, rose dramatically and were accompanied by rapid depreciation of the won against foreign currencies in the black market. This added incentives to hoard and flee into assets that can retain value. Growing confusion about prices has also led to the re-emergence of bartering for market transactions.

Recognizing the public response, the government loosened the initial rules for converting the old currency to the new one. It then proceeded in January to ban possession and use of foreign currencies as well as to initiate a propaganda campaign and a 40-Day Battle to enforce market closures. This resulted in efforts to circumvent the new restrictions through “grasshopper” and “alley” trading in different places for short times.

Whether these efforts by the government will succeed remains to be seen. But the experience to date has worsened not enhanced the welfare of ordinary people. It has also precipitated expressions of anger and resistance that appear unprecedented in recent North Korean history. Rather than being seen as a supplier of basic necessities, the Party may now be seen by many as a destroyer of personal wealth and opportunity, as well as an oppressive enforcer of ideological dictates. The picture of a youthful Kim Il Sung on all those worthless notes of old currency is a stark reminder of how far removed he is from the realities of present day life in North Korea as the Party prepares to honor his 100th Birthday.

Instead of starting off the New Year with a well-orchestrated monetary stabilization and instant welfare boost for the public, the North Korean leadership has unleashed a potential hyper-inflationary spiral, disrupted the distribution mechanisms that have been supplying the markets, failed to stimulate a supply response from the state-directed economy to replace the incentives to produce for the markets, and fostered a decidedly negative psychological impact in the social contract between the state and the people. As doubts grow about the efficacy of the reform strategy, reports are emerging that leading figures in the effort have been dismissed—notably Worker’s Party Finance Director Pak Nam Gi—markets have been reopened and public apologies have been issued.

This is a critical moment for North Korea. It is hard to imagine how the negative aspects of the reform drive can be reversed without a major, not incremental, shift in strategy. Amid popular resentment and growing distrust, a number of questions arise about how the government will try to reconcile its policy with more economically rational approaches. One key question that arises from these efforts is will Kim Jong Il publicly embrace a reversal of policy and move to develop a market-friendly economic system with the help of foreigners? The announcement of the formation of the Taepung International Investment Group and plans to establish a State Development Bank, at his instruction and under the auspices of the National Defense Commission, seems to be a significant step in this direction. In addition, recent reports suggest that China is pursuing discussions with the new investment group about modalities for providing a multi-billion dollar investment package linked to resumption of the Six Party Talks. This move may indicate that North Korea is in fact gearing up for a serious process of mobilizing external finances to meet its economic development goals in tandem with its security goals. However, whether political or economic factors will ultimately govern decisions about the best use of these funds remains to be seen, as will any potential future impact on the economic system. Further developments in the coming weeks and months will be important indicators of the North Korean leadership’s readiness to find a solution for the economy that will work.