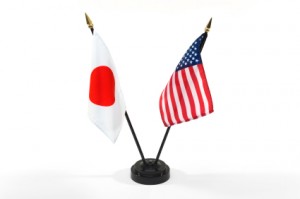 Washington sometimes forgets that it’s more difficult to move forward when it’s looking back. Preoccupied with base realignment in Japan, it has overlooked more promising developments in Tokyo. The rout of the long-ruling Liberal Democratic Party (LDP) by the Democratic Party of Japan (DPJ) and its coalition partners has opened the way to improvement of relations between Japan and its neighbors as well as new flexibility in Tokyo’s North Korea policy.

These developments are potentially beneficial for American and Asian security. By damping down its rivalry with China, Japan can remove a major impediment to Washington’s cooperation with Beijing. By breathing new life into moribund normalization talks with North Korea, Japan can facilitate renewed progress in denuclearization, which requires all its neighbors to convince Pyongyang they are moving to end enmity and reconcile with it.

In the past, whenever Washington reached out to Beijing, Tokyo felt slighted. In the Confucian culture of Asia, where deference to hierarchy still matters, it felt let  down by President Clinton’s eight-day visit to China in 1998 without a stopover in Japan, to say nothing of President Nixon’s secret diplomacy with Beijing two decades earlier. Japan’s own rapprochement with China could ease those feelings.

Intra-party politics is an important force behind the change of course in Tokyo. Like the Liberal Democratic Party, the DPJ is a broad tent of a party, drawing allegiance from former Liberal Democrats, Socialists, and other smaller parties. Unlike the LDP, however, the DPJ is not beholden to a growing right wing of ultra-nationalists who view China as a threat and favor outright confrontation with North Korea.

By playing up North Korea’s abduction of a handful of Japanese citizens three decades ago, that right wing hamstrung efforts by Prime Ministers Junichiro Koizumi and Yasuo Fukuda to improve Tokyo’s ties with Beijing and Seoul and to normalize relations with Pyongyang. LDP right-wingers were also suspicious of U.S. efforts to accommodate China and downright hostile toward American engagement with the North. Prime Minister Shinzo Abe, who rode the abduction issue to power, used it to impede progress in the Beijing Six Party Talks while hyping the North Korean threat to muster political support for Japan’s military buildup and greater political assertiveness in Asia.  The most recent LDP Prime Minister, Taro Aso, outraged at the U.S. delisting of Pyongyang as a state sponsor of terrorism, successfully pressed the Bush administration to renege on the October 2007 joint statement by holding up energy aid in order to seek a written agreement to verify the North’s declaration of past nuclear activities. That provoked a breakdown in the Beijing negotiations

By contrast, the one foreign policy position that unites the DPJ is the desire to improve Sino-Japanese relations. To accomplish that, Japan will likely become more accommodating toward North Korea as well. That’s because renewed tension over North Korea’s nuclear and missile activities could interfere with reaching out to Beijing. An accommodative China policy leaves the DPJ open to right-wing attack, much as it does the Democrats in Washington, on the grounds that China is not doing enough to bring North Korea to its knees. To head off that criticism, Prime Minister Yukio Hatoyama will want to encourage U.S. engagement with North Korea, and when the time is right, open normalization talks of his own.

While many in the DPJ are skeptical of excessive reliance on the United States for Japan’s security and bristle at America’s high-handedness towards Tokyo, the party is wedded to the alliance. Its desire to improve relations with China, far from being anti-American, will facilitate U.S. accommodation with Beijing.

The DPJ’s orientation has been obscured somewhat by an unholy alliance between right-wingers in the LDP and America’s Republican Party, who conspired to confront China and impede nuclear negotiations with North Korea. Some of the Republican’s most vocal Japan specialists seemed to dismiss the DPJ’s victory in 2009 as a fleeting wave rather than a potential sea change. They also found its stance on base realignment and China suspect.

With rolodexes full of LDP names, Republicans largely ignored the DPJ during the Bush administration. Nothing so exemplified the lack of contact as the fact that the U.S. ambassador to Japan, Thomas Schieffer, an old Texas crony of George W. Bush’s, had never met with DPJ heavyweight Ichiro Ozawa until the party’s stunning victory in the 2007 Upper House elections. By contrast, China courted the DPJ in the belief it was prepared to improve relations: the first two Japanese politicians Hu Jintao met with when he became president were not from the ruling LDP but Naoto Kan, now deputy prime minister, and Ichiro Ozawa, the power behind the throne in the DPJ.

Pyongyang also began extending an olive branch to Tokyo on the eve of the DPJ’s landslide. On August 12, 2009, Ro Jong Su, a director-level researcher at the DPRK Foreign Ministry, gave a rare interview with Kyodo News. He called on the next Japanese administration to drop Tokyo’s “hostile” policy toward Pyongyang by lifting sanctions and other measures. On September 10, Kim Yong Nam, North Korea’s nominal No. 2 leader, called for “fruitful relations” with the new Hatoyama government.

The very next day, Song Il Ho, ambassador for normalization talks with Japan, spelled it all out in another interview with Kyodo News. He blamed outgoing Prime Minister Taro Aso’s “hostile” policy for “invalidating” an agreement on the abduction issue struck in August 2008 in Shenyang, China, under which Japan was to begin easing sanctions and the North was to reinvestigate the abduction cases with the aim of completing the probe by last fall. “Under a Democratic Party of Japan-led administration, we need to get a fresh start based on the spirit of the Pyongyang Declaration,” Song said, referring to the 2002 declaration committing the two countries to work toward normalization of relations. On the abduction issue, the North Korean envoy sounded accommodating: “Both sides have made contradictory claims, with one saying it has been settled but another saying it has not been settled,” he said. “So [the two sides] are expected to raise the issue of setting a benchmark that shows by what measures it can be solved.”

Prime Minister Hatoyama has since told associates he intends to re-engage Pyongyang. While back-channel talks with Pyongyang are a possibility, open engagement will have to await the outcome of Upper House elections on July 11. The DPJ is in an uphill struggle to achieve a clear-cut majority that will allow it to pursue its own policies abroad, free of the need for coalition support at home. The prime minister will also have to overcome partisan criticism as well as some public and bureaucratic resistance to engaging Pyongyang.

A starting point for any future North Korean-Japanese talks is the aforementioned Shenyang agreement: reinvestigate the fate of the abductees in return for some sanctions relief. For Japan, making headway with the North will require taking reciprocal step-by-step implementation of the 2002 Pyongyang Declaration signed by Koizumi and Kim Jong Il. Among the items cited in that document sought by Japan are an accounting for the abductions; a halt to missile tests; an end to intrusions by North Korean spy ships; direct talks on these and other security issues with the DPRK; and a Six Party dialogue on regional security.

Among the items also in the declaration likely to be sought in return by Pyongyang are resumption of Japan-DPRK normalization talks and “early normalization of relations,” as well as discussions on the status of Korean residents in Japan; economic aid after normalization, including grant aid, long-term loans with low interest rates and humanitarian assistance through international organizations; and loans and credits for private economic activity bilaterally through such financial institutions as the Japan Bank for International Cooperation.

After years of mistrust, it will take time to get North Korean-Japanese normalization talks back on track, but that is essential if the Six Party negotiations and Korean denuclearization are to advance. A forward-looking policy in Washington would recognize that.