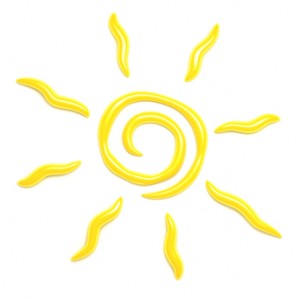 At a recent private meeting in London, a former senior United Nations’ official, drawing on experience relating to a wide range of countries, said that transforming a “failing” or “fragile” state was not something that could be done overnight. Those involved needed to think in terms of ten to twenty years rather than weeks or months. Regardless of whether or not one accepts the idea of the Democratic People’s Republic of Korea (DPRK or North Korea) as a failed or even fragile state—and the term is often used in some quarters—the idea that one is in for the long haul in bringing about major modifications in behavior and attitude is certainly a good one to have in mind when dealing with the DRPK. It was such an approach that marked the Republic of Korea’s policy towards the North under former Presidents Kim Dae Jung and Roh Moo Hyun.

Since the Lee Myung Bak government took office in the Republic of Korea (ROK or South Korea) in 2008, it is fashionable to dismiss the policies followed by his predecessors as an expensive failure. Sneers about “ATM diplomacy,” innuendo about Kim Dae Jung’s motives, and references to his successor Roh Moo Hyun’s naivety, are the commonplace of South Korean academic and press comment, and are heard much further afield. “Sunshine” or engagement have become terms of mockery. The Lee government has adopted a more aggressive policy towards North Korea. It has not refused assistance outright, but has couched its offers in such a way that rejection is inevitable—the most recent example is the “grand bargain” proposed in 2009 in which the DPRK must first give up its nuclear program to receive security guarantees and aid. This is then played back as evidence that the North is incorrigible and not deserving of assistance.

The Lee government’s approach is based on an incorrect assessment both of the Sunshine Policy and what went before it. “Sunshine” or “engagement” was not something that sprang from Kim Dae Jung’s fertile brain, though he certainly can be credited with refining and developing the idea. The policies pursued by Kim and Roh lay firmly within a tradition that goes back to President Park Chung Hee in the early 1970s and that was followed by all his successors to a greater or lesser degree. However, it was never easy to engage the North and it did not take much to divert earlier presidents from such a policy. Frustrated or annoyed, they eventually gave up the effort.

The difference after 1998 was that South Korea stuck to “sunshine” even when there were difficulties. Neither Kim nor Roh were starry-eyed and neither expected that the North would be changed overnight. Both responded to Pyongyang’s bad behavior with firmness. But they realized that circumstances had changed with the famine and other problems that hit North Korea in the 1990s. They also realized that for engagement to be successful, it was best to avoid rubbing in the fact that the country faced real problems. Even if the explanations offered for the problems often ignored the North Korean regime’s own part in bringing them about, there was nevertheless an acceptance that help was needed. The unprecedented appeal for outside assistance that brought in UN agencies and resident non-governmental organizations in the late 1990s showed that the South would help without preaching. No doubt the expense and complications of German reunification also gave pause for thought. If the two Germanys, which had not fought a savage war and were far richer, could not achieve a smooth reintegration, how could the two Koreas?

So Kim and Roh did not break off engagement as a result of “bad” behavior or outside criticism of “soft policies.” They accepted that it would take a long time to modify Pyongyang’s policies and that there were likely to be few expressions of thanks. Of course there was no instant transformation. But the new approach provided a window for other countries to establish relations with North Korea. In theory, it had long been the South’s policy to allow if not to encourage such relations, but the reality had been different. From 2000 onwards, that changed. Countries that had hitherto held back for fear of offending Seoul now found themselves encouraged to establish relations with Pyongyang.

Those that did so found a North Korea that seemed eager for change, although very careful about how that eagerness was expressed. But there was a readiness to do things that would have seemed improbable only ten years before. While never quite admitting that the policies pursued under Kim Il Sung and Kim Jong Il might have had defects, those of us working in the North between 2000-2002 found a willingness on the part of officials to admit that they needed assistance and that mistakes had been made. Examples included a vice-mayor who admitted that post-Korean War town planning had many defects that were only then becoming obvious. Officials were willing to admit that the country was in need of a whole range of economic and commercial skills that had hitherto been neglected. Perhaps most telling of all, a country that had responded to the changes in the former Soviet Union, Eastern Europe and China in the early 1990s by calling home all its overseas students now was most anxious to send students abroad once again.

Engagement was thus helping to open North Korean eyes to possibilities beyond juche, but unfortunately, even before the 2002 nuclear crisis, there was relatively little follow-up on these expressions of intent. Pyongyang found difficulty in matching students to the requirements of foreign universities and other training institutions. Some countries that established diplomatic relations preferred to concentrate on human rights issues to the exclusion of other matters. Since several of these were members of the European Union (EU), their approach inevitably affected the EU’s broad approach to North Korea. Even among countries that did not give predominance to human rights, goodwill was rarely transformed into sufficient funding to make a real difference.

That said, in the British case alone, we were able to fund several sessions of economics training, an English-language training program that put initially two—now four –British teachers into DPRK universities to train English teachers, and intensive English courses for a variety of North Korean officials. In addition, non-governmental bodies such as the BBC and Reuters conducted training programs for media staff in modern methods of news presentation and communication skills. Perhaps if the United States had been more supportive of its ally’s engagement policy these efforts would have made a difference. But as the relatively benign approach towards engagement of the Clinton years gave way to hostility under President George W. Bush after 2000 that too had an impact on how far countries such as Britain would support the sunshine policy.

It was South Korea’s approach to engagement that had the greatest impact. Seoul’s aid and other measures taken under the umbrella of the “sunshine” approach brought North and South into contact across many fields. During the period from 1998-2008, the North became known to South Korean citizens in a totally unprecedented way. The process had begun earlier, especially during the Roh Tae Woo presidency (1988-93), but the trickle of information about the North of those years became a flood. And it was not only information but actual contact with North Korea. For some, this meant tightly controlled tours to the Diamond Mountains (Mount Kumgang) or towards the end of the period, to Kaesong at the western end of the Demilitarized Zone. Limited though these were, they were still a glimpse into what had hitherto been unknown and feared. There were also signs that, as the North got used to the idea of such visits, it might open up a little more; the decision to allow the use of visitors’ own cars in March 2008 was one such indication, but there were several others.

Much more important were the wide range of government and non-governmental contacts. Relatively few North Koreans came South but the traffic in the other direction was enormous. On any given day, there were likely to be several thousand South Korean visitors in the North, dealing with aid, trade, cultural, educational and even religious exchanges—both the Protestant and the Roman Catholic churches in the North had regular South Korean officiating ministers as well as hymnbooks and prayer books produced in the ROK. South Korean journalists were also a not uncommon sight. Most of this activity may have been confined to Pyongyang, by not all of it was. South Koreans were visiting many parts of the country, especially in connection with agricultural assistance and other aid-related projects. Nobody was starry-eyed about these visits. South Korean visitors were watched and controlled. But they were able to learn a lot since they could speak and read Korean. If the projects agreed to at the October 2007 summit between Kim Jong Il and Roh Moo Hyun had been implemented by the incoming Lee Myung Bak government, there would have been a huge increase in these types of contacts.

No doubt engagement was expensive and sometimes the means used to bring it about were shady, but it was producing benefits. The South, and to some extent the rest of the world, now has a far better understanding of how North Korea works then it did before engagement began. Within the North, a large number of people have come to see their southern compatriots in a less hostile light and have some, even if limited, understanding of the economic and social structures of South Korea. Perhaps some of the assistance provided was diverted away from its original purpose, but enough rice and fertilizer bags reached areas far away from Pyongyang and enough people were willing to ask questions about the South to show that the impact of engagement extended beyond a small circle of ruling elite. Slowly, the policy was creating a group of people who could see benefits in remaining on good terms with South Korea and who had wider links with the outside world. Engagement has worked in other countries, most noticeably China, and I believe that it was beginning to work in North Korea. There was never going to be a speedy change in attitudes built up over sixty years, but stopping the process after ten was not a wise decision.