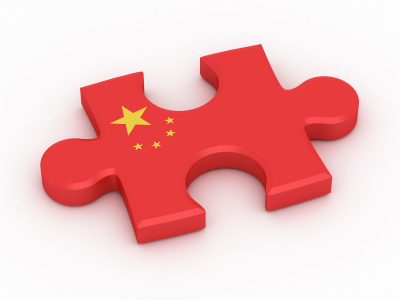 The Chinese are facing widespread criticism for their behavior following the Cheonan incident: Scott Snyder has called for China to change its priorities on the peninsula from preserving the status quo to pushing for change, while Victor Cha has argued that China has handled the incident badly and is harming its long-term interests and reputation in the region. In his national address on May 25, South Korean President Lee Myung Bak indirectly called on China to support South Korea’s position when he said that, “no responsible country in the international community will be able to deny the fact that the Cheonan was sunk by North Korea.” And at the U.S.-China Strategic and Economic Dialogue in Beijing this past week, U.S. officials impressed upon their Chinese counterparts that a cooperative response to the Cheonan incident is necessary and expected.

Indeed, South Koreans themselves are increasingly angered at China’s slow and measured response to the sinking: Beijing failed to send condolences to the victims for over a month, it has yet to endorse the international investigation’s findings, and China hosted Kim Jong Il in Beijing only days after President Lee visited Shanghai and requested China’s cooperation on the Cheonan incident. During a meeting with Korean and Japanese leaders late last week, Chinese leader Wen Jiaobao indirectly addressed the issue, saying that, “China opposes and will not make excuses for any behavior that damages peace and stability on the Korean peninsula.”

Many of the criticisms against China are valid, and its position of trying to have good relations with both North and South Korea is becoming increasingly untenable. The Chinese reluctance to fully criticize the heinous killing of 46 South Korean sailors is counterproductive to their own relations with South Korea and to their reputation around the world, and only increases suspicions about Beijing’s long-term intentions in the region and its willingness to act as a responsible stakeholder.

However, a realistic assessment of Beijing’s behavior and interests would probably find the actions of Chinese leadership thus far to be entirely predictable. While we may wish that the Chinese would think differently, it is unlikely U.S. pressure will be able to change their perception of what is in their national interests, or that Beijing would prioritize a risky long-term scenario of threatening North Korean regime survival over the short-term issue of stability on their borders. Perhaps most importantly, however, many analyses of Chinese behavior make an unrealistic assumption: that China actually has the ability to force North Korea to do what it wants.

China has more influence in North Korea than any other country, but it has less influence than we tend to think. At first glance, it would appear that the Chinese have substantial leverage over North Korea. After all, Beijing supplies at least 80 percent of North Korea’s energy needs, provides almost two-thirds of the trade and investment into North Korea, and its economic and humanitarian aid is critical to the North’s  economic and social stability. Given the centrality of Chinese ties, one would think that Pyongyang would have to pay particular attention to managing its relations with Beijing, and that China could easily force the North to do as it wishes. Certainly Beijing could cause severe economic hardship in the North—on both the people and even the leadership itself; and in the most extreme case, could perhaps cause the regime to collapse if support were withheld long enough.

However, aside from this very blunt instrument on the one hand, and mild and informal persuasion on the other, it is unclear how much further China’s influence over North Korea actually extends. When speculating about how North Korea would respond to more focused pressure from China, it appears unlikely that Pyongyang would simply cave in and meekly do whatever Beijing wants. After all, the most predictable aspect of Pyongyang’s behavior is that it meets pressure with pressure of its own. Indeed, few long-time observers truly believe that more economic sanctions and political pressure from South Korea and the West will cause a change in North Korean behavior. It is fairly clear that the rhetoric from Seoul and Washington is aimed more at alliance solidarity and domestic consumption than any real belief that North Korea will back down in the face of threats. As Mike Chinoy recently noted, “The idea that a new round of sanctions or muscle-flexing will somehow compel North Korea to back down is utterly unrealistic.”

Given this reality, why China would be any more successful in applying pressure on the North Korean regime? Indeed, such pressure would probably prompt the same hysterical and combative response from North Korea as South Korean or U.S. efforts.

In fact, the best evidence of China’s lack of influence over North Korea comes from the economic realm. For the past decade—and perhaps even longer—the Chinese have quite clearly been suggesting to the North that it follow China’s own path of economic reform. The Chinese have had Kim Jong Il tour their factories, they took him on his own “southern tour” (which mimicked Deng Xiaopeng’s famous 1992 tour of southern China that emphasized the importance of economic openness and reform), and have made numerous statements suggesting that the North should embrace similar reforms.

Although North Korea has made limited moves towards decentralizing its economy, efforts have been half-hearted at best, and mostly unsuccessful. The North’s currency reform of November 2009 was largely seen as an attempt to reassert political control over the entrepreneurs who have emerged over the past decade, and the North’s 2010 Joint New Year’s Editorial appeared to signal an even greater emphasis on centralized control. Since China has been unable to convince North Korea to change its economic strategy to date, despite deliberate and concerted efforts, it is unclear why Beijing would be any more successful in convincing Pyongyang to change its diplomatic or political strategies now.

Moreover, China provides support to the North not for reasons of goodwill towards a communist neighbor, but rather out of clear self-interest. The U.S. and South Korea continue to view North Korea primarily in military terms, and focus on its strengths: in particular, its nuclear weapons and missile programs. To that end, the Lee Myung Bak and Obama administrations have generally attempted to isolate North Korea, and are pursuing a complex mix of negotiation and coercion in attempts to convince Pyongyang to give up its nuclear program.

In contrast, the Chinese appear to be more concerned about North Korean weakness: the possibility of its collapse. Chinese analysts tend to believe that North Korea can be deterred, and instead are worried about the economic and political consequences if the regime were to disintegrate. North Korean collapse would be economically costly (particularly for Chinese provinces bordering on the North), unleash an untold number of refugees attempting to enter China, create questions about loose nuclear weapons, and perhaps entail North Korean military units fighting among themselves or lashing out beyond their borders. Even assuming a best-case scenario in which collapse did not turn violent, the regional economic and political effects would be severe. Given those consequences, China has been reluctant to push too hard on the North Korean regime.

However, the real question for China is to what extent its own priorities regarding North Korea have shifted. As Greg Moore has noted, “Chinese policy is both to bring North Korea to heel and to prop up North Korea’s struggling economy, and this behavior…is based on a careful calculation of China’s national interests.”[1] If China decides a nuclear-armed North Korea and criticism from Seoul, Washington, and Tokyo is worse for its own position than a North Korean collapse, it could begin to shift policy and put more pressure on the regime. Alternatively, if China continues to see instability arising more directly from a weakened North Korea, its policies—rhetoric aside—will remain roughly the same as they have over the past decade.

In fact, China has evinced growing frustration with North Korea over the past year, and even agreed to UN Security Council sanctions in June 2009. China’s UN ambassador, Zhang Yesui, said at the time, “We strongly urge the DPRK to honor its commitment to denuclearization, stop any moves that may further worsen the situation and return to the Six Party Talks…”[2] Informal discussions with Chinese analysts and officials reveal even deeper disillusionment with North Korea.[3] Yet fundamentally, it appears that Beijing continues to prioritize stability on its borders over the potential costs and chaos of causing regime collapse in North Korea.

Beijing also has clearly concluded that retaining some measure of influence in Pyongyang is preferable to losing all influence. Chinese strategists believe that the condemnation of Pyongyang and support for UN sanctions after North Korea’s 2006 nuclear test reduced Beijing’s influence over Pyongyang. Therefore, China’s response to the North’s 2009 missile and nuclear tests was softer, keeping bilateral relations intact but leaving Seoul, Tokyo and Washington unsatisfied.

Recently, the Chinese have been providing muted political support for North Korea, but more importantly have emphasized building up their economic influence in North Korea for the long-term. Marcus Noland estimates that Chinese exports, and even exports of luxury goods, have actually increased 140 percent since the imposition of the 2007 sanctions.[4] This past year China and North Korea signed a number of economic agreements, Premier Wen pushed hard for the “Chang-Ji-Tu Development Plan” that envisions an economic “beltway” along the China-DPRK border, and China earmarked over $600 million for infrastructure investments in North Korea, including construction of bridges over the Tumen River.[5] In response, in January 2010, North Korea created both the State Development Bank and Taepung International Investment Group, which are evidently designed to facilitate foreign (i.e., Chinese) direct investment into North Korea.

In sum, much as some may wish otherwise, Beijing is likely to once again chart a middle course when responding to the Cheonan incident, as it tries to prevent both North Korean provocations and stricter international sanctions that it fears would be destabilizing.