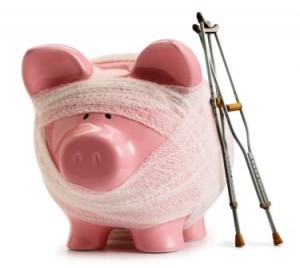 The extraordinary meeting of the Supreme People’s Assembly on June 7 ratified a package of personnel decisions that appear to have resolved some of the uncertainties about the management of the leadership transition in North Korea, at least temporarily. The elevation of Jang Song Taek to Vice Chairman of the National Defense Commission, places the inner circle of Kim Jong Il’s family firmly in command of the defense forces as well as the Worker’s Party apparatus, where Jang has been serving as the Director of the Administrative Department, overseeing the national security services, police and courts. The appointment of 80-year-old Cho Yong Rim as Premier and other elderly experienced officials among the eight vice premier positions indicates that proven Party loyalists have been given explicit control over the Cabinet and the People’s Economy, reflecting a trend of increasing Party influence in the economic sphere over the past few years. It also signals that the days of experimentation with younger technocrats in leading Cabinet positions are over for now. This closing of ranks around the inner circle and Party elders signifies the priority attached to Kim Il Sung’s legacy as well as the dominant role of the founding family in the country’s future leadership and in managing the succession while dealing with external and internal challenges. It can be expected that the meeting to appoint new Party leaders scheduled for September will consolidate support for this succession process and potentially reinvigorate the role of the Party in the governance framework.

But does this change mean the government will pursue a new policy of economic management? On the surface, ideological retrenchment and efforts to reassert state control over the economic system through socialist management principles appear to have prevailed in succession planning. The currency reform and actions taken to constrain the role of markets in 2009 and early 2010 have been widely assessed as having failed to achieve the objectives of curtailing inflation and corruption, stimulating economic benefits for a broad section of the general population, and strengthening the state-directed management of the economy. Since the commitment made in the New Year’s Editorial to build a “strong and prosperous nation” by 2012 remains intact, this leadership change may be an important step in correcting perceived flaws in the implementation of a strategy that links economic improvements to the succession process. But strengthening the Party’s role and changing the composition of leadership alone will not be sufficient.

Several developments in recent months seem to be creating pressure for economic policy changes and an opportunity to adopt a new approach that would be welcomed domestically and internationally. At home, a poorly planned currency reform and actions to repress markets have further complicated the relationship of the regime to its citizenry in the area of economic welfare. For the first time, there was pushback by the people to the reforms and the government responded by accommodating public concerns rather than staying the course and cracking down on resistance. While inflation seems to have stabilized after spiking in March, the effort to squash the markets has faded. Recent reports suggest that they are now accepted as necessary for food distribution for the vast majority of North Koreans and will be allowed to operate essentially on a full-time basis.[1] Other reports indicate that cross-border trade with China has allowed fertilizer to be distributed through market mechanisms in at least some border areas.[2]

In fact, clarification of Chinese policy towards future economic relations with the North was an important part of Kim Jong Il’s visit to China in early May. Beijing does not favor a retrenchment into isolation and state-directed socialist economic management at the expense of developing the role of markets and expanding international economic cooperation. Rather, it seeks to nurture acceptance of Chinese-style economic reforms and the gradual expansion of market mechanisms as well as the deepening of cross-border economic ties through investment, trade and joint projects such the development of the Rajin port in the northeast. A May 31 editorial in the Global Times, an affiliate of the People’s Daily of the Chinese Communist Party, noted that: “Opening up will pose risks to the Democratic People’s Republic of Korea, but it will face bigger risks if it maintains its current policy. It will find out which way is better. The DPRK should understand that it has to seize opportunities.”

Playing by international rules in a transparent way is risky for the North, as highlighted in the Chinese editorial and the fragility of economic relations with South Korea. Pyongyang’s public trouncing by Portugal in the World Cup was a vivid reminder that relatively low skills and experience cannot be masked in international competition; while nearly holding its own against Brazil was a hopeful sign of the North’s potential to perform on a world stage even if it has a lot to learn. How the leadership assesses and manages these risks and opportunities will indicate its readiness to face up to reality and pursue a new policy direction.

North Korea’s finances are a particularly important area where risks are high. There have been episodes of technical dialogue with outside experts and a willingness to send younger officials abroad for training in modern financial practices. But the leadership has not taken advantage of opportunities to obtain advice and assistance on how to reform its domestic financial system or modify its practices to conform to international norms. Financial sanctions imposed by the United Nations and the United States target North Korea’s vulnerabilities which stem from its low level of integration in the international financial system and reliance on foreign exchange to finance imports essential to maintaining regime loyalty among the elite and high priority military programs.

In response to the deepening financial distress caused by economic sanctions, a botched currency reform and a loss of foreign exchange earnings from inter-Korean activities, the North Korean leadership has demanded increased “loyalty” payments from entities capable of mobilizing foreign exchange and strengthened control over foreign investment by expanding the role of the Taepung Investment Group as the primary channel for negotiations with future investors, especially from China. Protecting the prerogatives of the inner circle has trumped improving the efficiency of the economy through serious financial system reform. But this is not a recipe for success in building a foundation for becoming a “strong and prosperous nation” by 2012 or in reducing the financial vulnerabilities that North Korea faces.

In this situation, will the realigned leadership in the Party, National Defense Commission and Cabinet not only be entrusted with supporting a succession of power, but also with shepherding a change in financial policies and economic governance? Will it function the way the Politburo does in China or Vietnam,  providing policy direction for advancing economic reform that is coordinated with a domestic political transition and the restructuring of external security and economic relations?

Facing reality will require not only mustering political will but also the technical capacity to pursue economic reforms that will deliver growth and integration with the international system. That will require the North to accept assistance in designing and implementing a reform program that will put its economy on a path towards sustainable growth, as North Korea does not have the capacity to become a competent member of the international financial and business community on its own. It will also require giving permission to younger technocrats to acquire the knowledge, skills and experience to secure a generational transfer of governance that will serve the country in the coming decades. If North Korea can move in these directions, it may be able to eventually meet its goals of broad-based prosperity and reduced financial vulnerability.

A starting point for movement in this direction would be a formal acknowledgement that markets are a permanent, not temporary, fixture of the economic system. That would permit serious discussions of reforming financial and economic policies as well as institutions needed to manage a mixed economy containing market-based and state-directed elements. What will be needed are policies that 1) encourage the expansion of market mechanisms to support more decentralized decision making by enterprises, households and local government; and 2) strengthen the capacity of the state to regulate market activities and build a fiscal system that will enable the state to play its important role in the provision of social services and infrastructure in a mixed system.

This will require a new approach to economic governance that will take time to implement. Transparency, openness, accountability, and systemic integration will need to replace the culture of secrecy and fragmentation that has been the norm in North Korean governance, including economic management. The phasing in of new policies and economic management capacities will also be necessary, as has been the experience of other countries transitioning to market economic systems.

Mobilizing finance for investments in order to stimulate growth will also be a high priority. This will require two steps. First, the domestic financial system will need to be overhauled to mobilize savings through taxes on productive activities. Second, a banking system should be developed that gains the trust of the people and enterprises and can intermediate private savings and investment. Following the events of late 2009 when savings were wiped out by the way the currency reform was handled, North Korean economic officials will need to take strong measures to build public confidence in a future financial system that can serve the interests of the people as well as the state.

Strong measures will also be required to mobilize foreign finance for investments in order to promote economic growth and to secure foreign trade relationships that will be durable in the evolving global economy. This will require the political will to take the steps necessary to join the international economic system in a way that other countries will embrace. It will also require the technical capacity to conduct business in accord with international norms and to work effectively with partners providing foreign investment and development assistance. One step that North Korean officials can take to begin to address these needs would be to work with the United Nations Development Program (UNDP) on an economic capacity building program that can be supported internally by the leadership and externally by the UNDP Board. Another step would be to invite the International Monetary Fund (IMF) to undertake a fact-finding mission to prepare an assessment that could serve as the starting point for dialogue with partners in the international community. The purpose of that dialogue would be to look at practical ways to help the North pursue an economic reform and opening up policy that can be broadly supported. The fact that China is encouraging such an opening up process and has increased its shareholding and stature in the international financial institutions, would suggest that it can play a helpful role in building a relationship between North Korea and International Financial Institutions.

Whether the new leadership in North Korea will take these steps and begin to move forward with an opening up policy and economic reforms that face up to reality remains to be seen. It is highly unlikely that North Korea can become “strong and prosperous” by 2012 on the path it has been following. But it is possible for the new leadership to choose a road towards prosperity and peace that will win the hearts and minds of the people as well as secure their future and a better place in today’s world.