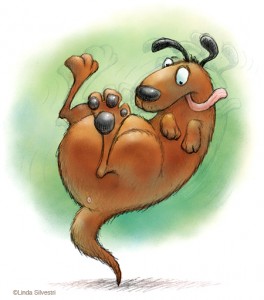 As Secretary of State Hillary Clinton and Defense Secretary Robert Gates wrapped up their visit to South Korea, the intended message was, in Clinton’s words, one of “real solidarity”—two allies united in their determination to deter North Korea from any further attacks like the one that sank the South Korean naval vessel Cheonan in March.

Behind the scenes, however, it’s been a different story. Hardliners in the South Korean military and the administration of President Lee Myung Bak, determined to thwart any possibility of dialogue with the North, have pushed relentlessly for an even more confrontational posture towards Pyongyang, seeking to enlist Washington in actions that made the Obama administration distinctly uncomfortable—not least, drawing the U.S. into what became a very public spat with China over the deployment of the nuclear-power aircraft carrier George Washington in the Yellow Sea.

Seoul’s push began as soon as it published a report in late May officially blaming North Korea for sinking the Cheonan. Within hours, the South announced plans to resume propaganda broadcasts targeting the North. In response, Pyongyang immediately threatened to open fire on any loudspeakers, and warned of an “all-out war.”

Soon after, according to South Korean media reports, General Walter Sharp, Commander of U.S. Forces Korea (USFK), who had not been notified of the move in advance, met with the Chairman of South Korea’s Joint Chiefs of Staff and expressed his opposition. General Sharp reportedly made the same point at a breakfast meeting with President Lee in early June, voicing concern that there was no contingency plan if resumption of the broadcasts sparked a firefight with the North, and also complaining that the South had not consulted him before making its decision.[i]

In mid-June, South Korean Defense Minister Kim Tae Young told the South Korean parliament that any resumption of broadcasts would be delayed, ostensibly to allow the U.N. Security Council to act on Seoul’s call to condemn the Cheonan’s sinking.

But the episode hardly deterred Seoul and its supporters in Washington from opening another front—trying to force the Obama administration’s hand on the deployment of an American aircraft carrier for joint U.S.-South Korean anti-submarine exercises in the waters off the west coast of Korea near where the Cheonan was attacked.

It remains unclear when the matter was first broached in private, but on June 2, the hardliners in Seoul went public. South Korea’s Yonhap News Agency quoted a South Korean defense official, in what was clearly a deliberate leak, as saying the U.S. would within a week deploy the carrier USS George Washington “in a show of force” in the Yellow Sea where the Cheonan sank. The report said the carrier would be accompanied by a U.S. Aegis destroyer and a nuclear submarine, and that the exercise would test the ability of U.S. and South Korean naval forces to “fire cannons, drop anti-submarine bombs and intercept enemy communications in a way similar to actual warfare.”[ii]

The South Korean push for a carrier was supported by at least some in Washington. On the same day as the Yonhap report appeared, unnamed American “defense officials” made the same assertion to ABC News and other Washington-based journalists.[iii]

The leaks caught senior Pentagon officials off guard. On June 3, flying to Singapore for an Asian security conference, Defense Secretary Gates, asked about the reports, responded, “I’m not aware of a plan to send a carrier to the waters off of South Korea.”[iv] Pentagon spokesman Geoff Morrell, accompanying Gates, was even more blunt. In an email to reporters, he said, “no carriers are going anywhere near the Korean peninsula anytime soon.”[v] And back in Washington, another spokesman, Bryan Whitman, stressed that “there have not been any decisions with respect to these reports I see about carrier exercises.”[vi]

The Pentagon’s reluctance to deploy a carrier for anti-submarine exercises in waters off Korea’s western coast was understandable. The sinking of the Cheonan demonstrated clear weaknesses in South Korea’s anti-submarine capabilities. But while aircraft carriers have many roles, anti-sub warfare is not a primary one. Indeed, the huge vessels are themselves vulnerable to submarine attack, and require a large and powerful escort fleet to shield them. In addition, muscle-flexing on this scale risked provoking a violent North Korean response, in which U.S. forces could easily become entangled. Moreover, because the Yellow or West Sea lies off the eastern coast of China, deploying a carrier there would be certain to antagonize Beijing.

But the drumbeat of press reports from Seoul, clearly coming from high-level leakers in the Blue House (South Korea’s White House) and the military, continued. China, predictably, characterized the naval exercise as “provocative” and explicitly and repeatedly warned the U.S. not to deploy a carrier in the Yellow Sea. Part of this was unquestionably an increasingly assertive China defending what it defined as its “core interests.” But part of this was also clearly Chinese concern that it might fuel tensions with North Korea, igniting escalation that could get out of control—especially when Pyongyang was signaling it might be willing to resume the long-stalled Six Party Talks.

For some advocates of the carrier deployment, however, provoking China was precisely the point—and not just in Seoul. As Victor Cha, who worked on Asia in George W. Bush’s National Security Council, told the Washington Post, one key goal of sending a carrier should be to convince the Chinese that “if they don’t like the exercises, they should do more to control North Korea.”[vii]

By mid-June, it was clear South Korean pressure over the carrier—and Beijing’s angry response—had created a dilemma for the Obama administration. To deploy the George Washington in the Yellow Sea risked increasing tensions with China at a time when Sino-American relations were already strained. Yet failure to deploy risked being portrayed as weak and bowing to Chinese pressure.

Within the administration, political analysts who follow Korea say that at least some officials in the Pentagon and the National Security Council became increasingly annoyed at the way the South Koreans tried to turn U.S. support over the Cheonan into a blank check for needlessly provocative measures. Solidarity with an ally, fumed one former senior State Department official with long experience in Korea “is a very different thing from giving them carte blanche to order our ships around. You don’t use the point of the exercise [improving Seoul’s woeful anti-submarine capabilities and deterring Pyongyang] to beat the Chinese over the head. It borders on irresponsible.”

The upshot was an uneasy compromise. The administration did deploy the George Washington, but in the Sea of Japan, off the eastern coast of Korea, far from the disputed waters where the Cheonan sank. Mollified, Beijing toned down its rhetoric. But the episode left a sour taste among some in Washington.

One clear sign of U.S. unease came in the influential Washington newsletter The Nelson Report, which quoted an unnamed “senior administration source” who, in a clearly deliberate leak, was harshly critical of Seoul.  “Where comes this [South Korean] obsession with sending a show of force/carrier message to the Chinese in a case that doesn’t involve them?”[viii]

By allowing some elements in South Korea to make the carrier the central focus of attention, the Obama administration, despite all the talk of alliance solidarity, boxed itself into a corner—caught between Seoul and Beijing, taking military steps designed less to improve the South’s woeful anti-submarine capabilities or deter Pyongyang than to placate South Korean conservatives while avoiding even greater tension with an increasingly assertive China.