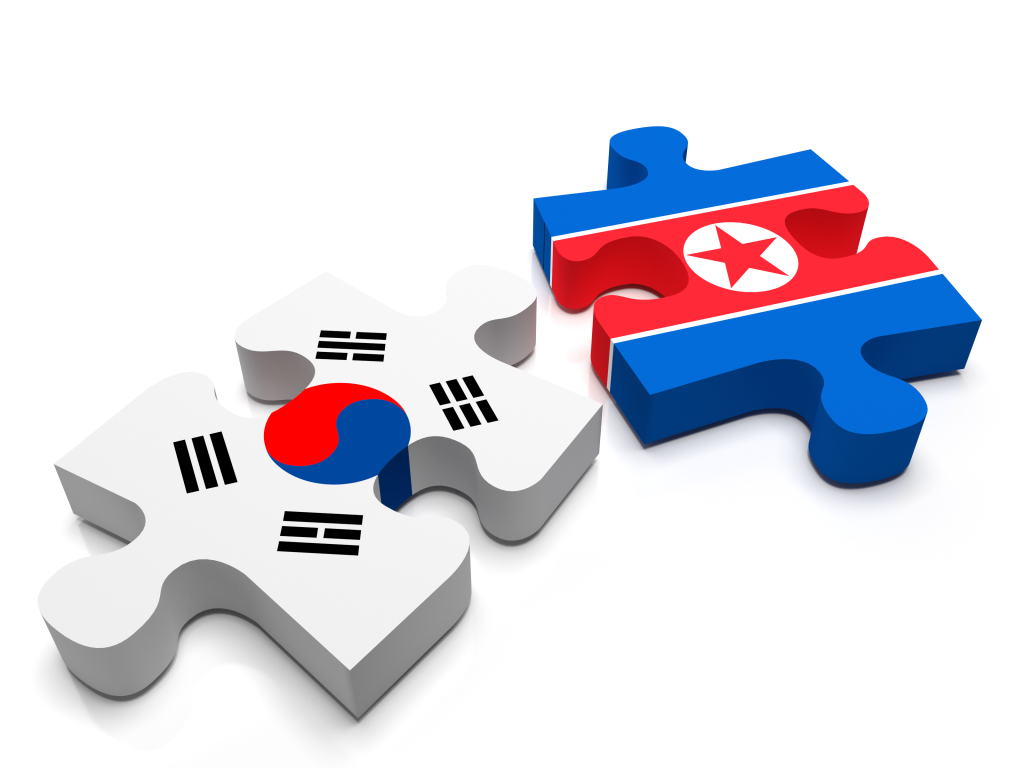 Perhaps the most serious fallout from the sinking of the Cheonan has involved the destabilization of the inter-Korean relationship. The resulting tensions reached a level of vituperation not seen since the mid-1990s, when the North Koreans threatened to end contacts with the Kim Young Sam administration as a result of negative comments he made following Kim Il Sung’s death. Following the release of the Joint Investigation Report on May 20, 2010, South Korean President Lee Myung Bak announced a series of countermeasures against the North, including a demand that North Korea apologize for the sinking of the ship and punish the perpetrators. In response, Pyongyang issued a statement, similar to one made following Kim Il Sung’s death in 1994, that it would not engage in dialogue with the South until after its president has left office.

The escalation of tensions at the end of May, however, also revealed a certain limit to the destabilization of inter-Korean relations: contrary to the expectations of many analysts, the Kaesong Industrial Complex has survived and the number of North Koreans employed there continues to grow. Kaesong has remained untouched by South Korean efforts to reduce inter-Korean trade and scenarios involving a North Korean takeover of the complex in which South Korean workers are held hostage have been trumped. Apparently, this is due to the combination of North Korea’s need for cash earned through the complex and the South Korean government’s unwillingness to bear the burden of providing relief for dozens of firms that would go belly-up with its closure. As far as Kaesong is concerned, progress in inter-Korean relations has thus far proved to be irreversible.

This should not obscure the risk that a further rise in inter-Korean tensions would involve real costs for both sides. The level of tension reached this past summer carried with it the unnecessary danger of triggering accidental escalation at a time when South Korea does not want distractions from its efforts to host the G-20 Summit. South Korean domestic political interests also call for a moderate course to effectively neutralize the importance of its North Korea policy during the 2012 presidential campaign. Moreover, it will presumably take time for North Korea’s new leader to consolidate political power as Kim Jong Il attempts to lay the foundations for a successful leadership succession. Historically, high tensions and provocations have not precluded dramatic reversals in the inter-Korean relationship. But domestic preoccupations motivate both Koreas to stabilize relations as insurance against the risk that tensions might impede achieving core interests and objectives.

The stalled inter-Korean relationship as a result of the Cheonan sinking is also affecting regional stability. Although the Lee administration has asserted that it will not return to Six Party Talks until North Korea apologizes and punishes those responsible China has restarted shuttle diplomacy in recent weeks in an effort to jumpstart the talks. Ambassador Stephen Bosworth, the U.S. special envoy for North Korea Policy, has returned to the region for the first time since the Cheonan incident, signaling U.S. interest in moving forward while continuing to insist on the need for a stable inter-Korean relationship as a prerequisite for resuming the talks. However, South Korea is likely to be less enthusiastic about China’s continued role as convener of the Six Party Talks while Beijing is seen as trying to protect Pyongyang from international condemnation. And in the absence of a stable inter-Korean relationship, it is hard to imagine that the Six Party Talks would make any significant progress.

Given these circumstances, what should one expect of inter-Korean relations in the months ahead? Potential scenarios include the following:

Inter-Korean Cold War: Another incident or a relapse in inter-Korean tensions might lead both Koreas to maintain inflexible positions towards each other. In this situation, South Korean neoconservatives who wish to push North Korea over the edge might still prevail over pragmatists who are willing to settle for limited reciprocity to keep inter-Korean tensions under control. South Korea might seek backing from the United States to keep pressure up and could pursue an international campaign to insist on North Korea’s full denuclearization as a prerequisite for engagement. In the event of another downturn in relations, North Korea may pursue a policy of periodic provocations and reject any measure perceived as giving South Korea the upper hand, utilizing its isolation as a buffer against potential external interference in its leadership succession process.

In the event of further North Korean provocations, South Korean conservatives would work with the United States to squeeze the North Korean leadership through economic sanctions, further reduce inter-Korean trade, and continue to lobby Beijing to enforce international measures. Pyongyang would counter by seeking expanded Chinese economic assistance, pursuing additional limited provocations toward South Korea designed to highlight Seoul’s vulnerability, and blaming heightened tensions on the South’s policies in an attempt to influence its own domestic politics in the direction of a return to a more progressive approach.

Stabilization and coexistence: An easing of South Korean humanitarian policies following summer flooding in North Korea and China’s renewed activism to restart the Six Party Talks suggests that this path is most likely in the near term. In this scenario, both Koreas seek limited stabilization of the inter-Korean relationship to insure against the negative domestic effects of heightened tensions. The Lee Myung Bak administration continues to ease restrictions on non-governmental humanitarian engagement of the North and attempts to lower political tensions so as to limit the possibility of renewed provocations interfering with South Korea’s hosting of the G-20 Summit. North Korea accepts humanitarian aid from the South, renews some form of family reunions in an effort to encourage Seoul to expand economic assistance, and avoids further heightening of tensions to ensure its own economic stability in the midst of a leadership succession.

Limited engagement with North Korea takes the management of inter-Korean relations off the table as a burning domestic political issue in South Korea and allows the Lee administration to define its legacy in terms of economic growth and the elevation of Seoul’s global profile. South Korea continues to coordinate limited sanctions closely with the United States while working incrementally to repair relations with China. Beijing, which also supports stabilization of the regional security environment, takes steps to sustain the status quo while pushing for gradual reforms in North Korea. Although this path would not involve breakthroughs in inter-Korean relations and little progress on denuclearization, it would be sufficient to restore stability in peninsular and regional relations.

Inter-Korean summitry: In an attempt to protect his legacy from criticism for worsening inter-Korean relations, President Lee pushes for a summit while continuing to insist that North Korea place the nuclear issue on the agenda of the two Koreas. Pressed by his own economic difficulties, Kim Jong Il provides a vague acknowledgement of Pyongyang’s commitment to denuclearize in return for an ambiguous South Korean pledge not to interfere in North Korea’s domestic politics or to undermine its system. Expanded inter-Korean economic interaction provide the North with a short term stimulus in advance of its effort to become a “strong and prosperous country” by 2012 and links North Korean growth and natural resource concessions more closely to the South Korean economy.

North Korea might use discussion of the nuclear issue in inter-Korean dialogue to claim that South Korea recognizes it as a nuclear state while insisting that further steps toward denuclearization can only come in the context of improved relations with the United States and the establishment of a peace treaty ending the Korean War. President Lee could argue that North Korea’s opening gives South Korea the necessary leverage to achieve long-term denuclearization. This would counter-balance the North’s dependence on China—a factor likely to perpetuate North Korea’s nuclear program—by prioritizing stability over denuclearization. But conditions for dramatic improvement in inter-Korean relations would only be possible if accompanied by tangible progress towards denuclearization of the peninsula in talks between Washington and Pyongyang as well as the other participants in the Six Party process.

Current diplomacy suggests that both Koreas recognize the need for an exit strategy from post-Cheonan tensions. A combination of political and economic pressures on both sides favors the stabilization of the inter-Korean relationship. Despite appearances, both Koreas share an interest in testing the prospects for dramatically improved relations. As North Korea faces a leadership transition, a normal relationship with South Korea might be perceived as constraining the South from opportunistic actions that could destabilize the North and would no doubt be used as evidence of the wisdom and guidance of the new leader. For South Korea, if the nuclear issue can be contained and resolved, Lee Myung Bak might be known as the leader who opened North Korea for business. But any dramatic effort to improve inter-Korean relations would bump up against political limits and vested interests on both sides, which could torpedo even limited progress in the relationship. In this respect, the search for a “post-Cheonan” exit strategy is really about ongoing tensions between two apparently conflicting impulses in the management of inter-Korean relations: the desire for peaceful coexistence vs. the desire for Korean reunification, either through collapse or mutual accommodation.