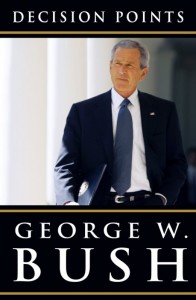 In his memoir Decision Points, that was former President George W. Bush’s conclusion about his administration’s approach to North Korea. In particular, Bush’s brief account of what happened after Pyongyang staged its first nuclear test in October 2006 creates the impression that American resolve and U.S.-initiated sanctions forced the Kim Jong Il regime to back down and begin the process of dismantling its nuclear program.

Bush is not alone in putting forward such a narrative. Indeed, to a large degree, this version of events has become the conventional wisdom in Washington. What really happened, however, is almost exactly the opposite. In fact, U.S. sanctions, coercion, and a refusal to engage in bilateral dialogue were key factors in the North’s decision to stage its first nuclear test. It was only when U.S. envoy Christopher Hill defied instructions from Secretary of State Condoleezza Rice and moved away from that stance that Pyongyang came back to the negotiating table. The progress at the Six Party Talks  for which Bush claims credit were in reality the result NOT of America getting tough and forcing Pyongyang to bend, but instead being willing to engage with North Korea in a genuine negotiating process.

The recent news that Pyongyang has developed a uranium enrichment capability, coupled with the latest military clash between North and South Korea, has triggered heated debate over how to respond—what combination of muscle-flexing and/or diplomatic engagement stands the best chance of reducing tensions and, hopefully, getting the North to roll back at least some elements of its nuclear program. The sequence of events in 2006 and early 2007 offers valuable lessons that might be relevant to the discussion on how to defuse the current crisis.

First, Bush’s version of what happened after the North’s nuclear test, from page 425 of Decision Points:

“With support from all partners in the 6-party talks, the UN Security Council unanimously adopted resolution 1718. The resolution imposed the toughest sanctions on North Korea since the end of the Korean War. The United States also tightened our sanctions on the North Korean banking system and sought to deny Kim Jong Il his precious luxury goods. The pressure worked. In February 2007, North Korea agreed to shut down its main nuclear reactor, and allow UN inspectors back into the country to verify its actions. In exchange, we and our six partners provided energy aid, and the United States agreed to remove North Korea from our list of state sponsors of terror.”

The North Korean test took place following the Bush administration’s move in September 2005 to target North Korean accounts at the Banco Delta Asia, a bank in the former Portuguese territory of Macau. To leading administration hardliners, the financial pressure, and the prospect that other foreign banks and business would then become reluctant to conduct even legitimate transactions with the North for fear of also being targeted, was a weapon that might contribute to the collapse of the North Korean regime.

Yet Assistant Secretary of State Christopher Hill, the U.S. envoy to the Six Party Talks, was skeptical about the effectiveness of the BDA sanctions, and furious about the timing. The move was made public on September 20, 2005, just one day after Hill and the North Koreans agreed at the talks on a set of principles for rolling back Pyongyang’s nuclear program. He and other officials involved in the negotiations were worried the North would react by walking away from the six party process.

That is precisely what happened. The North made clear it would not return to the table until the BDA sanctions were lifted. Throughout the winter and spring of 2006, Pyongyang sent signal after signal that if there was progress on the BDA issue, and if Hill would agree to hold a bilateral meeting with his North Korean counterpart, Kim Gye Gwan, the Six Party Talks could resume. The Bush administration rebuffed all of Pyongyang’s overtures.

In July 2006, the North staged a series of missile tests, sparking widespread condemnation. The UN Security Council, supported by the U.S. as well as China and Russia, passed a resolution deploring the tests. Just weeks later, however, Pyongyang announced plans to stage a nuclear test, which it then conducted in early October.

The North’s behavior was entirely predictable. For months, Pyongyang had sought bilateral talks and an end to the BDA sanctions. With little sign of movement, the North very openly prepared for and then staged the missile launches and the nuclear test. The moves fit Pyongyang’s “tit for tat” pattern of engaging when Washington was prepared to talk and ratcheting up the pressure when the U.S. tried to get tough. And in ignoring appeals for restraint from the U.S., South Korea, China, and others, the North was signaling that it would not bow to pressure from any source.

For George W. Bush, the nuclear test represented the utter failure of his North Korea policy. During the president’s six years in office, the U.S. had used warnings, threats, sanctions, muscle-flexing and half-hearted diplomacy. Yet Washington had been unable to prevent Kim Jong Il from quitting the Non-Proliferation Treaty, restarting its Yongbyon reactor, which had been frozen under the 1994 “Agreed Framework” deal with the Clinton administration, breaking an eight-year moratorium on missile tests, boycotting the Six Party Talks, and testing a bomb.

Following the nuclear test, the UN Security Council passed resolution 1718, which Bush correctly describes as imposing “the toughest sanctions on North Korea since the end of the Korean War,” Secretary of State Rice then set out for Japan, South Korea, and China to push for the aggressive implementation of the UN sanctions. However, in both Seoul and Beijing, Rice found no enthusiasm for tough action. South Korean president Roh Moo Hyun bluntly told her he did not want to burn all his bridges with the North, while the Chinese made clear they would not support any effort to bring Pyongyang to its knees. Instead, both governments urged the U.S. to negotiate.

On October 31, 2006, the Chinese invited North Korea’s Kim Gye Gwan and Christopher Hill to a meeting in Beijing. Since it could be presented as a three-way discussion, not a “negotiation,” Rice convinced Bush to give his consent—with Hill’s instructions explicitly warning him not to hold purely bilateral talks with Kim. However, after hosting a lunch for his two guests, Chinese vice foreign minister Wu Dawei departed, leaving Hill and Kim on their own. Not for the first time, Hill stretched his instructions. He and Kim retreated to a separate room for the kind of face-to-face meeting the North Koreans had been requesting and that Hill had been privately advocating without success—for nearly a year.

Apart from the fact that he was getting the long-desired one-on-one with Hill—with all that it meant, in North Korean eyes, as an American gesture of respect for North Korea’s legitimacy—the central issue for Kim Gye Gwan was the BDA sanctions. In a departure from Washington’s previous position, Hill agreed to create a bilateral working group to address the issue. With this move and the bilateral, Hill had, in effect, accepted terms the North Koreans had been putting forward for most of the previous 12 months. That night, they announced their return to the Six Party Talks.

Four months later, after negotiations in which Hill bypassed administration hardliners by dealing directly with Rice, who then went to Bush, an agreement was reached at the Six Party Talks on a blueprint to disable the North’s nuclear facilities in return for fuel and other aid. But Pyongyang made clear nothing would happen until its accounts at BDA were unfrozen. It took until June 2007 for the money to be returned to North Korea. The next day, a team from the International Atomic Energy Agency landed in Pyongyang to visit Yongbyon. Less than a month later, the IAEA announced the reactor had been shut down.

The moral of the story is precisely the opposite of Bush’s conclusion. With North Korea, pressure and coercion didn’t work then—and the upshot of the Obama administration’s efforts in the past 18 months to impose sanctions, and its refusal to engage in direct talks without preconditions, make clear it isn’t working now. Washington’s recent tough line did not lead to a modification of North Korean behavior. Instead, in an uncanny parallel with the dynamic that unfolded under Bush, the North sank the South Korean corvette Cheonan last March, accelerated the construction of the new uranium enrichment plant it revealed to nuclear scientists Siegfried Hecker in early November, and then launched its ferocious artillery barrage against Yeonpyeong Island.

These latest events highlight a central lesson of the past decade. In dealing with North Korea, dialogue and negotiations—however difficult and uncertain—offer a far better chance of managing what remains one of the world’s most dangerous flashpoints.