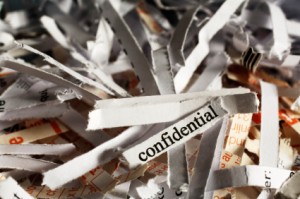 Press coverage of the WikiLeaks cable traffic between Seoul and Washington has taken many claims about North Korea at face value. Yet the cables disclosed so far may shed less light on North Korea than they do on South Korea’s policy toward the North under President Lee Myung Bak.

In a break with his predecessors’ so-called sunshine policy of engagement with North Korea, Lee sought to put pressure on North Korea in the belief that it would make Pyongyang more pliable, if not cause its collapse.

In the first leaked cable from Seoul to Washington, sent January 29, 2009, before the North’s nuclear and missile tests that spring, U.S. political counselor Joseph Yun warned Washington about the “tougher approach” taken by Seoul and Pyongyang’s “severe” response:

Our Blue House contacts have told us on several occasions that President Lee remained quite comfortable with his North Korea policy and that he is prepared leave the inter-Korean relations frozen until the end of his term in office, if necessary. It is also our assessment that Lee’s more conservative advisors and supporters see the current standoff as a genuine opportunity to push and further weaken the North, even if this might involve considerable brinkmanship.[1]

As subsequent cables reported, the recurrent refrain of South Korean officials in their conversations with U.S. diplomats was that North Korea’s economy was imploding, its leadership transition was in trouble, and the regime itself was on the verge of collapse.

This refrain has been the major premise of the South’s “tougher” policy, one based largely on economic embargo and political isolation toward the North in the belief that just a little more pressure will topple Kim Jong Il.

Later cables revealed South Korean officials doing their utmost to get Washington to follow their lead. Their portrayal of instability in the North was intended to reinforce a tendency among some Obama administration officials, already evident during the presidential transition, to pursue a policy of “strategic patience,” which assumed that continued pressure would make the North Korean regime more pliable in negotiations.

Pyongyang’s reaction to such pressure has always been counter-pressure. Yet North Korean responses have instead been ascribed by South Korean officials to Kim Jong Il’s need to shore up his shaky regime and distract his people from their dire economic problems.

A day before the UN Security Council imposed new sanctions on Pyongyang for its test launch of a rocket earlier that month, Lee dismissed threatening statements by North Korea’s Supreme Command as intended to show that “the DPRK’s hostile external situation meant citizens had to pull together, and as a ‘power display’ to send a law-and-order message to counter the increasing economic disorder resulting from decades of economic ‘depression.’”[2]

Lee did see some risk in the situation, but expressed confidence about the outcome:

The DPRK’s determination to maintain internal order meant that it could go so far as to engage in “limited armed conflict” with the ROK. At the same time, the DPRK was well aware that ROK forces were ready for any provocation and would respond with superior force.

The conversation occurred more than three months after clear indications that Kim Jong Il had designated his son, Kim Jong Un, as next in line to succeed him.[3] Yet Yun reported that in Lee’s view, “KJI had become obsessed with creating political stability to allow an orderly succession, though Lee did not claim to know who was next in line.”[4] The word “claimed” is a diplomat’s equivalent of raised eyebrows.

Asked what South Korea’s policy should be under the circumstances, Lee deflected the query:

The main question was U.S.-DPRK relations. Second only to maintaining internal stability to allow for succession was the DPRK’s determination to improve relations with the U.S., because only the U.S. could solve both the DPRK’s security and economic problems.

This ignored Pyongyang’s interest in improving relations with Seoul as well. Indeed, in August 2009, two North Korean officials responsible for its South Korea policy, while in Seoul to attend the funeral of former president Kim Dae Jung, met with President Lee Myung Bak and delivered a personal invitation from Kim Jong Il for a North-South summit meeting. President Lee, mistaking the move as a sign that his policy of pressure was working, insisted on preconditions.[5] Although it was Seoul, not Pyongyang, which impeded North-South talks, Washington would later condition resumption of Six Party Talks on improvement in North-South relations.

The DPRK saw the 1999-2000 rapprochement with the Clinton Administration as the first failed chance for peace with the U.S.; that the Bush Administration had turned to negotiations too late for substantial progress; and that the Obama Administration amounted to a “second chance.” The DPRK craved a dialogue with the U.S., aiming for a “big deal,” but first needed to raise tensions to create the need for dialogue.

Though downplaying Seoul’s part in provoking Pyongyang, Lee obliquely acknowledged that it did play a role:

Lee was convinced that the DPRK would keep tension high towards the South, while seeking an opening with the U.S. Therefore, his recommendation to ROK policymakers was to stay on an even keel to keep the South-North situation from deteriorating further.

During the previous week, the UN Security Council had imposed a travel ban and asset freeze on five North Korean officials implicated in its arms sales and U.S. officials were trying to arrange less discriminating financial pressures on the North.[6] Yet Hyun expected the North to resume Six Party Talks soon, out of desperation:

Hyun said it was only a matter of time before North Korea returned to the nuclear talks; the only question was when. North Korea faced a severely degraded economy, serious food shortages, and a shortage of foreign currency. It could resist for a while, but not for a long time.

Hyun was correct in surmising that North Korea wanted Six Party Talks to resume, but he, along with other South Korean officials, did not. When former President Clinton went to Pyongyang to repatriate two U.S. journalists and meet with Kim Jong Il, Pyongyang renewed its invitation for U.S. special envoy Stephen W. Bosworth to come to Pyongyang, the first step to resuming Six Party Talks. However, Washington deferred to Seoul, which did not want talks resumed, and delayed the Bosworth visit.

Contending that the succession was “rushed,” Hyun said Kim Jong Il was weakening and would die by 2015, and predicted more North Korean “fireworks” by mid-October—either a third nuclear test or more missile tests. The prediction of further testing proved wrong. God only knows whether Hyun is right about Kim Jong Il’s fate.

In Hyun’s view, trade was down and the North’s economy was faltering:

North Korea now faced a very difficult economic situation, similar to the conditions in 1996 and 1997 [when it was beset by mass starvation]. Hyun pointed out that North Korea “produces nothing” and had “no meaningful trade” with the outside world.

South Korean data, however, seemed to suggest otherwise: North Korea’s GDP was much higher in 2009 than it was a decade earlier, and so was its trade.

Hyun asserted that “Pyongyang’s nuclear and missile tests were to earn ‘one big deal’ with the United States. North Korea wanted to be recognized as a nuclear state.” However, Pyongyang had consistently shown preference for step-by-step reconciliation with Washington and its diplomats repeatedly denied it wanted recognition as a nuclear weapons state. It is one thing for the DPRK to say it is a nuclear weapons state and be one, quite another for it to demand formal recognition as one.

Hyun saw the Foreign Ministry as losing influence in Pyongyang:

In the past, the DPRK Foreign Ministry enjoyed some influence and power, as a check-and-balance element of the DPRK regime. Currently, that balance system has broken down and the foreign ministry’s role has diminished considerably. One reason for this downfall, according to Hyun, was the perceived failure of the Six Party Talks where Kim Gye Gwan did “not deal with the United States successfully.” Hyun said that the North Korean authorities expected a lot from Kim Gye Gwan, but he had “failed to deliver.”

Was Hyun’s assessment motivated by his effort to have his ministry be the principal interlocutor with Pyongyang? Notwithstanding his prediction, Kim would be promoted to first vice foreign minister within the year, perhaps Pyongyang’s way of rewarding bad behavior.

The U.S. embassy’s skepticism is evident in the reporting cable:

Yu claimed that the North’s botched currency reform had caused “big problems” for the regime and that the power succession from KJI to Kim Jong Un was “not going smoothly.”[7]

Yu told the Americans that:

Kim Jong Il will soon visit China to seek assistance and backing for his plan to anoint his youngest son as his political heir. Minister Yu says Kim also needs Chinese economic aid and political help to deal with an increasingly “chaotic” situation at home.

The currency reform was “botched,” but it was quickly reversed without long-term effects on the North Korean economy. Far from desperately needing economic assistance because of a “chaotic” situation, Kim wanted investment, aid, and trade to grow his economy. Some of that investment from China was flowing from private entrepreneurs, who were unlikely to risk their capital on an unstable North.

Campbell heard from National Security Adviser Kim Sung Hwan about “growing instability inside North Korea, including reports of possible armed resistance to the regime.” Kim cited South Korean intelligence reports that “DPRK police recently found a bomb on a passenger train en route from Pyongyang to Beijing.” Following Foreign Minister Yu’s lead, Kim “asserted that Kim Jong Il needed to visit China soon in order to get more economic assistance, as the DPRK’s internal situation appeared to be significantly more unstable.”[8] How much conclusive evidence of instability there was at the time is far from clear, and events since then seem to have disproved Yu’s assessment.

The U.S. embassy in Seoul reported:

Of the five experts, one thought the younger Kim might succeed and one argued his lack of leadership experience made it unlikely he would win the support of the ruling elites. They agreed that Kim Jong Il’s brother-in-law Jang Song Taek would prove a strong rival for the younger Kim and would probably be tempted to challenge him.

Ignoring evidence to the contrary from the Chinese who had talked to him and his increasing number of public appearances—they would hit an all-time high in 2010—one claimed that “it was not clear that Kim Jong Il’s health was good enough to exercise the faculties necessary for day-to-day management of state affairs.” Another “recalled the tumultuous state of affairs in the ROK following the death of President Park Chung Hee in 1979 and suggested the DPRK succession would be ‘100 times more troublesome.’”[9]

Chun took these themes further. He predicted that:

Chun cited “sophisticated Chinese officials” who, he said, “were ready to ‘face the new reality’ that the DPRK now had little value to China as a buffer state.” Chun “said the PRC would be comfortable with a reunified Korea controlled by Seoul and anchored to the United States in a ‘benign alliance’—as long as Korea was not hostile towards China,” and he “dismissed the prospect of a possible PRC military intervention in the event of a DPRK collapse.” China’s frustration with North Korea is hardly a secret but the assertion it is ready to accept a reunified Korea under Seoul’s control does not square with its increased economic and political support for Kim’s regime.

As Yun’s January 2009 assessment suggests, the WikiLeaks cables show North Korea, not as it is, but as South Korea’s administration wished it to be.