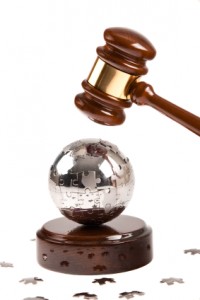 So, indulge me for offering a slightly more obscure reason: deploying U.S. tactical nuclear weapons in South Korea is prohibited under the 1992 Joint Declaration on the Denuclearization of the Korean Peninsula.

I will admit that it is hard to imagine any country violating any agreement more egregiously than how North Korea has violated the 1992 Joint Declaration, which clearly states that neither North nor South Korea shall “test, manufacture, produce, receive, possess, store, deploy or use nuclear weapons.”

To date, the only prohibition North Korea has not violated is the ban on nuclear weapons use—at least, not yet anyway. (Actually, there is also a ban on receiving nuclear weapons, but Kim Jong Il seems to think ‘tis better to give—to Syria—than receive. At least there is a little Christmas spirit in Pyongyang.) For good measure, the Joint Declaration also prohibits reprocessing and enrichment facilities, both of which North Korea has built anyway.

North Korea has so thoroughly violated the Joint Declaration that I cannot think of a single workplace-safe analogy.

All things considered, why bother at all with the Joint Declaration?

Well, for one thing, the Joint Declaration is North Korea’s only legally-binding commitment to denuclearize. All the other documents—the 1994 Agreed Framework, the 2005 Six Party Joint Statement, even the UN Security Council Resolutions—make reference to the Joint Declaration, either directly or indirectly, as the basis for resolving the challenge posed by North Korea’s nuclear program.

Ordinarily, suspension would seem like a nice middle ground. After North Korea acknowledged that it had a uranium enrichment program in 2002 (or didn’t—depending on who you believe), the United States and other members of the Korean Peninsula Energy Development Organization (KEDO), which was implementing the 1994 Agreed Framework, suspended shipments of heavy fuel oil to the North. Some Bush Administration officials even talked openly about terminating the Agreed Framework altogether, but as far as I can tell, the Bush Administration stuck with suspension.

If you want to put nuclear weapons back into South Korea, however, suspension of the Joint Declaration isn’t sufficient. The Vienna Convention binds parties, in the event of suspension, to “refrain from acts tending to obstruct the resumption of the operation of the treaty.” Receiving and storing nuclear weapons would fall into this category.

If Lee Myung Bak really wants to bring U.S. nuclear bombs back into South Korea, he would have to terminate the Joint Declaration first. And the reality is, this is something the United States simply wouldn’t like very much.

There are basically two serious objections to terminating the Joint Declaration. First would be the reaction in Japan. Policymakers in Tokyo are very edgy about how Washington engages Pyongyang. Tokyo seems gripped in persistent fear that the United States will make a side deal with Pyongyang and leave Japan to fend for itself. One expression of that fear was the very hostile description of the 2005 Six Party Joint Statement in some Japanese circles as a “betrayal.” Washington absolutely refuses to “accept” North Korea as a nuclear power in large part to reassure Tokyo. A steadfast commitment to denuclearization doesn’t completely address Japanese anxieties—policymakers in Tokyo also worry that the U.S. would happily ignore most of North Korea’s other bad behaviors in exchange for denuclearization—but as a first step, insisting on denuclearization is a core element of U.S. alliance management. If the United States acquiesced to the demise of the Joint Framework, there would be a lot of hand-wringing in Tokyo about whether the United States now “accepted” North Korea as a nuclear power.

So why not just negotiate a new denuclearization commitment with North Korea? Even if redeploying tactical nuclear weapons is a bad idea, or at least an improbable one, why not craft a new set of obligations that would ban “transferring” nuclear weapons or materials?

The Bush Administration actually tried just that in talks that led to the 2005 Six Party Joint Statement. This brings us to the second objection: resistance from China. Beijing walks a fine line in attempting to mediate between North Korea and the United States. Beijing will cajole Pyongyang when necessary, but many Americans overestimate how much influence over the North Koreans that Chinese policymakers actually have or even think they have. If Beijing becomes a reliable American ally on denuclearization, Chinese policymakers believe their influence in Pyongyang will wither. When the U.S. suggested pressuring North Korea to make a new denuclearization pledge, Chinese leaders were willing to pressure Pyongyang to live up to existing obligations, but not to push for new ones.

The Joint Declaration occupies a funny place in North Korea history—Kim Il Sung signed it. This makes it easier for the Chinese to use this as a basis for pushing the North Koreans on their nuclear program. As long as we want Chinese cooperation as a crucial part of Six Party diplomacy, we have to live with the Joint Declaration.