The South Korean government should stop blocking American food aid to large numbers of their brethren in the North facing starvation. 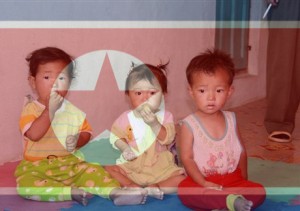 The Obama administration has worked hard to strengthen its relationship with our ally South Korea and claims today’s partnership is the best both nations have ever had. That is probably true, achieved by following Seoul’s lead on major issues, particularly the reversal after ten years of the “Sunshine Policy” toward North Korea, which saw massive South Korean aid to the North with little success in transforming that floundering state. It is one thing for Washington to join Seoul in isolating the Kim regime. It is another for the U.S. to follow Seoul’s lead in denying food aid to millions of North Koreans. This will lead to deaths or severe malnutrition, diseases, and stunted growth, a malady which is likely to affect even the lower ranks of the DPRK military. It is a price too high for any American government to pay.

North Korean hunger is not unfamiliar to the world. North Korean food deficiencies have been frequent during the last two decades, the result of continuing failed agricultural policies and the government’s cruel unwillingness to use foreign exchange to support the basic needs of vast numbers of its poorest population. Burma is an analogous situation where the military refuses to use the country’s sizeable oil and gas earnings to help remedy a truly deplorable health and education situation while encouraging foreign governments to provide help.

On repeated occasions, American, South Korean, and other international aid have reduced life threatening deficiencies in the DPRK, although in the nineties more than a million North Koreans still perished. And after each bad harvest, administration officials and Congress rehash the same debate over whether the U.S. should respond to the North’s request for food aid. And each time the arguments are similar: questions about the accuracy of needs assessments, the reasonable fears of diversion of food from the needy, the appearance of bolstering the North’s ability to maintain its sizeable military establishment, and numerous other understandable concerns.

In February, a group of American NGOs with long experience in North Korea made an assessment of a number of provinces that attested to dire want. In March, the World Food Program (WFP) made a nation-wide assessment that concluded that some six million may be at serious risk, although some question their estimates. Timing, however, has become critical; food aid must start arriving by June to avoid major problems. Starting now will already be late, since it takes aid groups an estimated two months to ensure delivery from the United States.

A month ago, when asked why the U.S. had not acted to assist North Koreans, State Department officials claimed they were waiting for the WFP assessment. Now, despite these two sets of expert findings, Washington is apparently considering sending out another team to determine the severity of the situation and North Korean intent. Hopefully, this is an effort to persuade the South to relent or to head off attacks from those in Washington who oppose any support to the North. The wait might also relate to the monitoring of deliveries. But aid groups have made clear that they are very confident the food provided by them will reach intended recipients. More broadly, the North would need to agree to serious monitoring standards.

Trying to limit the public relations damage of their position, the Seoul government has allowed small amounts of privately sourced food aid to be given to Korean NGOs for delivery to the North. But it has refused to supply sizeable amounts that might better deal with the problem. Its leaders insist that the North first apologize for their attacks on the South Korean naval vessel, Cheonan, and on Yeonpyeong Island, which caused serious casualties in the South. North Korea should indeed apologize, but it is clear they will not.

South Korea has ample resources to take care of the terrible situation in the North. If it prefers to let Koreans in the North starve, that is deeply regrettable and the United States should at least urge them to change their policy. If they refuse, the U.S. should abandon its support of the South on this issue. This is not a situation we like, but it is one we must face up to. The long standing other Reagan doctrine—hunger knows no politics—should be our guide. It would be unthinkable for the U.S. to follow the South in allowing large numbers of people, who will one day be South Korea’s fellow citizens, to die or to be permanently maimed by malnutrition.