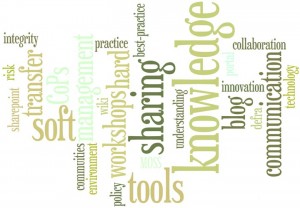 Despite the lack of diplomatic relations between the United States and the Democratic People’s Republic of Korea (DPRK or North Korea), civil society has developed a number of ways for citizens of the two countries to interact. These include friendship organizations, non-governmental organization (NGO) activities, tourism, and educational and professional exchanges.

A number of different American actors are involved in educational exchanges with the DPRK such as NGOs with in-country programming, civil society organizations working outside of the country, and academic institutions.[i] These individuals and institutions pursue their activities with a variety of objectives, including increasing the well-being of the North Korean people, providing a means of communication between North Korea and the United States outside of government channels, stabilizing relationships in the region, advancing knowledge in academic fields, and fostering professional development.

Educational exchanges with the DPRK are a key subset of people-to-people exchanges. These often are implemented by NGOs in collaboration with American universities, which offer expertise, capacity, resources, and a keen interest. The DPRK represents a new frontier for American universities in virtually all areas of exchange and research. There is a significant professional benefit to being among the first group of American scholars to conduct authoritative research with North Koreans or in the DPRK.

Most U.S. NGO and academic practitioners emphasize the two-way nature of educational exchanges; the aim is not simply to transfer information in only one direction. Some people use the phrase “knowledge-sharing” to capture this mutual process.[iii] Even in the most basic technical exchange programs, U.S. experts expect to gain knowledge about North Korean capabilities, practices, and context. And in some fields, such as computer algorithms and software development, North Korea is quite advanced.[iv]

Educational exchanges with the DPRK vary according to the kind of program and type of American partner. The most basic technical exchanges address topics such as agricultural production and medicine. The majority of U.S.-DPRK educational exchanges have been in this category primarily because NGOs were the first American organizations to work extensively in the DPRK and short technical exchanges are an integral element of such programs. In addition, agriculture, public health, medicine, and energy to a certain extent, carry the least political baggage.

Technical exchanges began to take place inside the DPRK in the 1990s as NGOs segued from providing food assistance to supporting small-scale projects such as improving seed varieties and more complex projects, like solar energy. While visiting experts discussed practices with their North Korean counterparts and provided training on new equipment or techniques, they learned about conditions on the farms and “the policies and production technologies promoted by the government.”[v] This helped NGOs adapt their programs to function well despite the “intense differences in political and policy perspectives” between the United States and DPRK.[vi]

Exchange programs with the DPRK are not limited to sending Americans to Pyongyang. Educational exchanges bring North Koreans to the United States and to many other countries as well. A 2007 study surveying knowledge-sharing activities in the agricultural field found that aid organizations from at least a dozen countries had conducted knowledge-sharing programs that took place in at least 15 different countries on some 34 different agricultural and animal husbandry topics.[vii]

As NGO programs developed, exchange opportunities deepened: visiting scholars gave lectures on relevant topics and experts conducted week long training programs on techniques, including both one-off workshops and lecture series. At the same time, knowledge-sharing programs on topics such as language, business, economics, international law, energy, information technology, and trade developed independently of on-the-ground programming.[viii] However, with some notable exceptions, the DPRK seems to consider topics such as economics and law to be too politically sensitive to explore with American partners and has pursued these topics more vigorously with other countries.

On the other hand, exchanges in fields such as natural science, physical science, life science, and medicine can be particularly successful because the vocabulary and training specific to these disciplines transcends cultural differences. Therefore scientific exchanges and cooperation may present fewer obstacles than the social sciences, which can feature normative frameworks.[ix] For example, the U.S.-DPRK Science Engagement Consortium was founded in August 2007 to explore collaborative science activities between the U.S. and the DPRK.

Regardless of the topic of the educational exchange, American exchange organizers identify the building of solid relationships with their DPRK partners as the key to success for any knowledge-sharing program. In addition, the benefit of high-level commitment for all parties involved in a project cannot be underestimated. For NGOs and foundations, this might mean commitment at the presidential, vice presidential, or board levels. Within universities, commitment at the presidential or chancellor level has resulted in dialogue at the same levels within the DPRK, greatly facilitating project development.

North Koreans attend degree and non-degree programs in many other countries. China is likely the top destination, with an estimated range of under 100 to over 500 North Korean students studying there annually. Historic ties to former socialist or communist countries have also led to academic exchanges, particularly for a number of middle-level and upper-level government officials who speak the languages of these countries.[x]

But U.S.-DPRK academic exchanges remain limited. As noted above, most U.S. educational exchanges have taken place at the initiative of American NGOs that partner with U.S. academic experts to increase the effectiveness of their programs. Such NGO-driven educational exchange programs have brought substantial knowledge to U.S.-DPRK exchanges. Furthermore, NGOs have been successful in facilitating ongoing relationships between American academics and North Korean institutions, particularly national research institutions. The NGO/university collaboration allows the U.S. academics to learn about the country and helps their home institutions determine the DPRK’s interest over the long term.

However, at least one university-initiated program has been able to establish an independent bilateral relationship with a North Korean university that has resulted in multiple trips to both institutions and academic exchanges between the two sides.[xi] 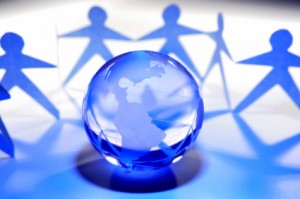 In all cases, exchanges between the two countries can face obstacles and pitfalls stemming from mutually hostile official relations and major systemic differences. This could include incongruent educational structures or differing ideas about the purposes and benefits of participating in educational exchanges. With a literacy rate of 99 percent, the DPRK clearly places a high value on education. Yet North Korean public pronouncements frame education in political and pragmatic terms. The content of U.S.-DPRK exchanges are subject to the DPRK government’s priorities and the American organization’s interests and strengths, including its ability to obtain funding for the agreed-upon program.

Over time, all parties have developed a better understanding of the cultural norms in both countries and the most effective ways of interacting. A minor example that was learned early on was that publicity, an important fundraising tool in the United States, could jeopardize exchanges with the DPRK. People in each country have had to find the balancing point.

Having only limited communication with North Korean contacts in advance of exchanges may result in misunderstandings, hampering the ability to develop common agendas. Some practitioners have found that working consistently with a core group of participants on both sides creates opportunities for person-to-person relationships to flourish,[xii] and through successive interactions, the objectives of each exchange become clearer and are therefore more easily realized.

The longest that North Korean delegations have been able to travel in the United States is about three months; most trips are much shorter. Some American academic institutions believe that three months is too short a time for meaningful academic exchange to take place and that this obstacle must be overcome on both sides for these exchanges to make a lasting impact.

It is difficult to pinpoint where the responsibility for this time limitation lies. Certainly politics plays an important role. At a fundamental level, NGOs and academic institutions are subject to the foreign policy of their governments. When either side is wary of political engagement, educational exchanges may be hindered or suspended.[xiii]

For example, the visa process, even for short study tours, can be a major pitfall in educational exchanges taking place in the United States. Practitioners agree that U.S. safety and security interests must be of primary concern and North Koreans should not be allowed to enter the United States without thorough vetting by the relevant agencies. However, at times, visa approvals are based on political contingencies, sometimes unarticulated, making it difficult to operate. Approval or disapproval may not come until the last moment, limiting an institution’s ability to plan meaningful programming. Additionally, the United States has yet to issue visas exceeding three months for North Koreans to participate in educational exchanges.

In addition to the issuance of visas, a complex legal climate creates substantial challenges to institutions interested or involved in educational exchanges with the DPRK. Laws concerning exports, including dual-use goods and “deemed exports,”[xiv] are difficult to navigate, particularly for U.S. academic institutions. Academic exchanges require institutional capacity to research, understand, and comply with relevant legal requirements.

However, the current lack of long-term visas to the United States is only one of the barriers preventing robust academic exchanges. North Korea is also reluctant to send students or faculty to the United States for periods exceeding three months, though North Koreans do attend multi-year programs in other countries. There will need to be major political shifts in both countries for these trends to change.

According to one practitioner, a successful academic exchange program generates “high-caliber educational exchanges involving significant research projects or serious degree-related study conducted in an atmosphere of true mutuality that contributes substantively to a two-way learning process.”[xv] This is, of course, only possible when the political climate allows for such to take place—something sorely lacking in current U.S.-DPRK relations.

As American universities and scholars explore and identify DPRK projects, they will need to be take into account the sensitivities and constraints on the part of both governments and their own supporters. But the experiences American organizations have already had, however limited, still demonstrate that with determination and careful planning, difficulties can be avoided, obstacles overcome, and significant successes achieved. Many types of educational programs discussed in this paper are building the foundations of that true mutuality while sharing knowledge and building relationships along the way.

**This paper was drawn from “U.S.-DPRK Educational Exchanges: Assessment and Future Strategy,” by Karin J. Lee and Gi-Wook Shin, which is the introduction to the book U.S.-DPRK Educational Exchanges: Assessment and Future Strategy, a collection of essays first presented at a conference held in November 2010 at the Walter H. Shorenstein Asia-Pacific Research Center  (APARC) at Stanford University. The full book can be downloaded at http://fsi.stanford.edu/publications/usdprk_educational_exchanges_assessment_and_future_strategy/.

[i] Educational exchanges between the DPRK and other western countries, such as Sweden, Switzerland, and the United Kingdom, have in general, been more frequent, longer, and in some cases more substantive than DPRK educational exchanges with the Untied States.

[iii] “Prospects for International Cooperation in Economic Development Knowledge Sharing with the DPRK.” Report of a conference held in Seoul, South Korea, November 1-2, 2007, pp. 4-5. Accessed on December 14 at http://www.stanleyfoundation.org/publications/report/KnowledgeSharing308.pdf.

[xiv] A “deemed export” can be the transfer of information, not just the transfer of physical objects. The Bureau of Industry and Security in the U.S. Department of Commerce website states that “[a]n export of technology or source code (except encryption source code) is ‘deemed’ to take place when it is released to a foreign national within the United States. . . . Technology is ‘released’ for export when it is available to foreign nationals for visual inspection (such as reading technical specifications, plans, blueprints, etc.); when technology is exchanged orally; or when technology is made available by practice or application under the guidance of persons with knowledge of the technology.” Accessed on December 16, 2010 at http://www.bis.doc.gov/deemedexports/deemedexportsfaqs.html#1.