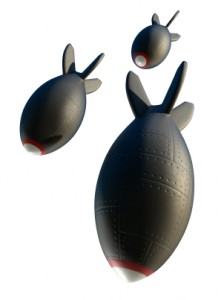 Support for the US-ROK alliance has never seemed stronger in South Korea. Our two countries appear to be in lock step when it comes to dealing with the North and our two presidents seem to genuinely like and respect one another, thus permitting an unprecedented level of trust and cooperation. That’s the good news.

The bad news is that a growing number of South Koreans, including many prominent politicians, are calling for the reintroduction of US tactical nuclear weapons to South Korea, and an even larger number believe that the South should have its own independent nuclear weapons capability to match that of the North’s. During a recent Hewlett Foundation-sponsored Pacific Forum lecture tour that included panel discussions in five cities, involving more than 800 Korean citizens from universities, think tanks, media, and the general public, informal polls conducted among each of the audiences (with one exception to be discussed later) produced the same results every time: over half the respondents thought it was time to reintroduce (or at least threaten to return) US nuclear weapons to the Peninsula, and an even greater majority—two-thirds or more of most audiences—believed that the South needed its own nuclear weapons.

The problem today is not a lack of faith in the alliance per se. The problem is a growing sense of frustration in South Korea over Seoul’s inability to prevent the North from conducting provocative acts of aggression, such as last year’s torpedo attack against the ROK naval corvette, the Cheonan, and the subsequent artillery shelling of Yeonpyeong Island, which left four dead, including two civilians. South Koreans (and many US military officials) fear this trend will continue; certainly the threatening rhetoric from the North has not yet subsided.

Frustration with the North is matched by a related and, in some cases, deeper frustration with China. China used to be seen as an honest broker that was determined to keep a lid on the North, but last year it seemed to be tilting clearly toward Pyongyang. Many claim (with a certain amount of justification) that Beijing’s seemingly unqualified support for the North empowered Pyongyang’s bad behavior. South Koreans calling for the reintroduction of American tactical nuclear weapons to the Peninsula—it is widely assumed that such weapons were based there prior to 1991, although the US practice to neither confirm nor deny has precluded official acknowledgment—frequently cite “sending a message to China” as the primary reason for such a move. Others cite “sending a message to Washington.” But the message here is not that the U.S. nuclear umbrella lacks credibility at the macro or strategic level (to deter an all-out attack), but that it does not (and should not) apply at the tactical level toward acts of harassment, and thus, is not frightening enough to both the North and to China. In short, they are seeking to demonstrate some tangible consequences to continued bad behavior by the North—short of military retribution, which could escalate out of control—that would get the attention of both Beijing and Pyongyang.

One variation on the above themes is the call to use the possible reintroduction of US nuclear weapons as a bargaining chip or lever to pry the North into taking some genuine, verifiable steps toward denuclearization. (Note I did not say, “to get Pyongyang to return to the Six Party Talks.” The Talks are a vehicle, not an end in and of themselves. Few see the utility of the Six Party Talks if Pyongyang is not prepared to demonstrate a commitment to denuclearization and even fewer believe that the North will actually give up its nuclear weapons, as least not as long as Kim Jong Il is alive and in charge of the North.)

Under this variation, the US and ROK would specify a certain date by which tactical nuclear weapons would be introduced if the North has not returned to the negotiating table and demonstrated a credible commitment to nuclear disarmament. This would provide the North with the necessary incentive to move in that direction and provide China with additional incentive to push Pyongyang in that direction . . . or so the logic goes.

The main problem with these three options—redeployment, the threat of redeployment, or South Korean nukes—is that they are likely to prove counterproductive. While they might increase China’s incentive to put pressure on North Korea, there is no evidence that Beijing is prepared under any circumstance to push Pyongyang to the brink; likewise, there is no evidence that Pyongyang is prepared to cooperate short of such an extreme action. More importantly, such moves are likely to be used as justification for the North’s nuclear weapons program since, at least based on official pronouncements, the North continues to believe that US nuclear weapons are already (still?) on the Peninsula and that there is little difference between having them based there and having them available elsewhere for use in the ROK’s defense. In short, the North understands the nuances behind extended deterrence, even if some in the ROK do not.

A decision by South Korea to develop its own nuclear weapons would provide the North with the same excuses but, more importantly, would severely damage the ROK’s international image and respectability, especially in advance of Seoul’s hosting of the second Nuclear Security Summit next year. In fact, it is hard to imagine that international summit proceeding under those circumstances. It would also put the alliance at risk and severely undercut President Obama’s pledge to move toward nuclear zero—you don’t get to zero by adding or supporting the addition of another nuclear weapons state.

There are better ways to send Pyongyang and Beijing a message. One has already been taken. The firm public pledge by President Lee Myung Bak that future acts of aggression would be met by military force—backed by President Obama, who reportedlywarned Chinese President Hu Jintao directly that such a response would be forthcoming and would enjoy unequivocal US backing—seems to have already gotten the two countries’ attention. It’s unfortunate that it had to take such a harsh and potentially escalatory measure to do so, but the point has been made.

Seoul and Washington also need to continue to insist on greater diplomatic pressure through the UN Security Council, not only on the North’s violations of the Armistice, but also in response to its announced uranium enrichment program and the UNSC Panel of Expert’s Report on how the North is violating the current UN sanctions regime. China cannot credibly claim to be in favor of diplomatic solutions when it routinely blocks the UNSC from doing its work.

Let me end with two footnotes to the above description of ROK attitudes toward nuclear weapons. The one audience in which the overwhelming majority was against either redeployment or an independent ROK nuclear weapons capability was comprised of ROK military officers and cadets. They more fully understand the implications and consequences of such actions. This argues for a broader attempt to similarly educate the general public on nuclear issues.

Secondly, even among audiences where support for such actions was widespread, no one raised a hand when asked if it would be OK to deploy nuclear weapons in their city or general vicinity. NIMBY—the “not in my backyard” syndrome—is alive and well and should help temper ROK enthusiasm for nuclear options when all implications and consequences are considered.

Ralph A. Cossa is president of the Pacific Forum CSIS, a Honolulu-based non-profit research institute affiliated with the Center for Strategic and International Studies in Washington, and senior editor of Comparative Connections, a quarterly electronic journal.