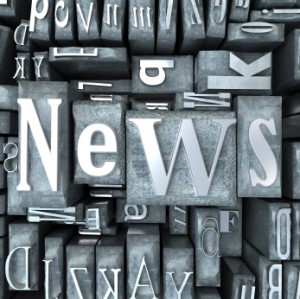 For journalists, North Korea remains one of the toughest countries in the world to cover—secretive, opaque, and, above all, almost inaccessible. Even when a visit is permitted, the activities of visiting correspondents are tightly controlled, with most of their schedule devoted to visiting monuments, statues, and model units such as the Mansudae Art Studio or the Great People’s Study House overlooking Kim Il Sung Square.

Only four international news organizations maintain bureaus in Pyongyang. China’s Xinhua News Agency and Russia’s Itar-Tass have a presence dating back to the days when the Soviet Union and China were “fraternal allies,” and since last year, China Central Television has stationed one reporter who works with a North Korean camera crew. The most unusual office has been that of AP Television (APTN), the video syndication service of the Associated Press. Established a half-dozen years ago, APTN consists of a North Korean crew, with an AP staffer from the agency’s Hong Kong bureau visiting on a regular basis to liaise with state media and Foreign Ministry officials. The output is generally raw video, rather than edited stories reported and narrated on the ground by a foreign correspondent, accompanied by a shot list and explanatory notes.

The arrangement has served both sides well. The AP has been able to acquire high quality video of some newsworthy events, and promote the fact that it has had the first—and only—western media office in Pyongyang. For the North Koreans, who have ensured that their cameraman shoots only officially approved material—such as mass rallies or visits of foreign dignitaries like former U.S. presidents Bill Clinton and Jimmy Carter—the APTN relationship has provided access to an extensive global distribution service for video Pyongyang wants the rest of the world to see.

Earlier this summer, the relationship between the AP and North Korea took a dramatic step forward. After months of negotiations, the AP management in New York hosted a delegation from the North Korean Central News Agency (KCNA). At the conclusion of the visit, the two sides announced that the AP had been given permission to open a full news bureau in Pyongyang. The details are still sketchy, but it appears that some time next year, an AP staff correspondent will be allowed to be based in the North Korean capital.

This move is significant on a number of levels. It fits into a pattern of North Korean initiatives to reach out internationally. These have included a meeting between North and South Korean nuclear negotiators, the recent visit to the U.S. of North Korea’s First Vice Foreign Minister Kim Gye Gwan, initial steps to develop two special economic zones along the North Korea-China border, and a broader emphasis by the regime in Pyongyang on economic development. The context for this is 2012—“Juche 100”—the 100th anniversary of the birth of the late President Kim Il Sung next April. To mark the occasion, in addition to its diplomatic outreach, which clearly seems intended to create a less difficult external environment, Pyongyang is also gearing up for a huge internal celebration. A furious construction boom is underway in the capital to build tens of thousands of new apartments, and otherwise spruce up the normally drab city. Rehearsals have already begun rehearsing for massive rallies and other events.

These factors may help explain why Pyongyang has now agreed on a step it has long resisted. Housing a resident American reporter appears to be a signal that the North wants to highlight the triumphs of “Juche 100” to a global—and an American—audience. It is also a clear sign of heightened political confidence—one of many pieces of evidence to show that the country is not only not on the brink of collapse, as some analysts have argued, but is in fact, in better shape economically than it has been in some time.

Indeed, the decision to let the AP station a full-time correspondent is not the only recent move to open up to the western media. Around the same time, the Reuters news agency announced that it had received permission to operate a satellite dish in Pyongyang. As in the case of the APTN office, the benefits to both sides are clear. Reuters, like its great rival, the AP, gets to trumpet the fact that it has a presence in North Korea. And the North Koreans have access to a sophisticated satellite transmission facility to send officially approved video to a worldwide audience, complementing what they already allow to be distributed by APTN.

The AP deal has already led to an AP reporter being granted a visa for a reporting trip this summer, where she filed stories on some of the fascinating changes now evident in Pyongyang. These include more cars on the previously deserted streets, the widespread use of cell phones, the development of a North Korean Intranet, and other signs of possible economic change.

But a deeper question remains. Once the initial flush of excitement at simply having the Pyongyang dateline wears off and the uniqueness of the first eyewitness accounts of what the place looks and feels like has faded, what happens then?

No matter how “friendly,” the movements of all foreign visitors to North Korea are still tightly controlled. That is especially true for journalists. From my own experience on 14 reporting trips as a correspondent for CNN, North Korean sensitivities to how the country, political system, and leadership are portrayed are, to put it mildly, acute. Moreover, much of the North Korea story involves highly sensitive topics—food shortages, international aid, the spontaneous growth of free markets, the nuclear and missile programs, sanctions, and tense relationships with South Korea and the United States. The challenge for any Pyongyang-based journalist is how to report on such issues, especially given the almost complete unwillingness of the North Korean authorities to permit access to most of the key people and places involved? How, for example, will Pyongyang react to stories that do not portray the regime or leadership in a favorable light, or when, as often happens with a wire service, the “sexiest” dateline—in this case Pyongyang—is put at the top of a story that also incorporates material reported in, say, Seoul or Washington, or from a new report on human rights or food shortages?

That North Korea is willing to allow the AP to open a bureau is unquestionably a welcome sign, both symbolically and substantively. But for both the AP and the regime in Pyongyang, it is likely to be a bumpy ride.