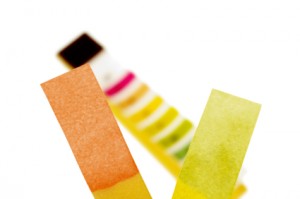 The Libyan story seems to be over, at least for now. We do not exactly know who is going to rule that country next and with what consequences. There is room for experience-based pessimism, but only time will tell. So it is now worth looking closer at another of the anti-dictatorship uprisings in the region. What is the meaning of Syria for North Korea?

The case is particularly interesting if we consider the international debate about its resolution. A few countries felt uneasy about intervening in Libya; however, in the case of Syria, one country is outspokenly against any international interference. That country is Russia, a long-time ally of Syria and a permanent member of the UN Security Council. Two decades after the end of the Soviet Union, dissatisfaction and disillusionment on the individual level in Russia combines with nostalgia and translates into a deeply hurt national pride and an enormous anti-Western nationalist undercurrent in public opinion. The latter matters because, despite doubts about the nature of Russia’s democracy, political leaders there must consider the will of the masses if they want to get (re)elected.

What does this have to do with East Asia? We don’t need world systems theory to understand that developments are interrelated on this globe. Russia is a member of the Six Party Talks, though one of its most undervalued. It is one of only three countries that have a land border with North Korea. And it is a player that is in many respects highly attractive from the perspective of Pyongyang’s foreign policy.

This policy rests on a few simple but effective juche-flavored realist strategies: don’t trust foreigners; fight poison with poison; and know your opponent’s weaknesses and use them ruthlessly. The recent reports about Kim Jong Il’s visit to Russia hint at how North Korea wants to escape suffocation from China’s big hug, and how, at the same time, it wants to avoid being smashed by hostile regime change planners in Seoul and Washington.

Lee Myung Bak’s resolute zero-tolerance policy and Barack Obama’s benign neglect have driven Kim Jong Il further into Beijing’s arms than he ever would have wanted or deemed healthy for his country. But there was hardly a viable alternative. The Europeans were weak and anything but united; with the recent financial turmoil, they are now more focused on their own internal problems than ever before. Similar considerations apply to ASEAN. This heterogeneous group has great potential, but has to decide both whether to love or fear China, and how to prevent the South China Sea situation from spiraling out of control.

So, by default, Russia emerges as a logical choice for Pyongyang. However, this is easier said than done. In order to play Moscow against Beijing, and with some luck also against the United States and its allies, more is needed than a joint longing for the bygone good old days over a glass of vodka or soju or even a common feeling of discontent with Washington’s great power attitude. The right emotions and the geostrategic setting are helpful, but not enough. What North Korea has to do is to make Russia a real stakeholder in this game; and it must determine whether Moscow can live up to its expectations.

This is how we can interpret the sudden resuscitation of the decade-old plans for a trans-Korean natural gas pipeline and a trans-Korean railway. The former would ease access of Russian raw materials to the huge markets of South Korea and Japan, while the railway would help utilize the so far more or less hidden economic potential of the Trans-Siberian Railway. Both are crucially important for the development of Russia’s Far East, which is a key part of its overall economic and geostrategic development strategy.

A bonus for Moscow would be a victory over its old competitor China, which hopes to connect the trans-Korean railway to its own network and, while bypassing Russia, to cash in on the expected flow of goods. Not to mention the strategic advantage of controlling newly emerging important international economic lifeline. Russians and North Koreans together will enjoy the unhappy faces of the Japanese who, in the context of the dispute over the Northern Territories, have indirectly laid claim on large parts of the natural gas reserves in question.

What does this have to do with Syria? Quite a lot, I would argue. In fact, the outcome of the Syrian issue might, to a significant degree, determine how the relationship between Pyongyang and Moscow as well as these lofty economic projects will develop in the next years. The Syrian case will demonstrate what the Russians really want, and what their actual potential is for achieving it. It will show how far Russia is ready to go to stand by one of its few allies against the West. It will show how much of its previous power Russia has been able to re-acquire in the past years. Observers will see how seriously Russia’s opposition to intervention or sanctions will be taken by the international community. Syria will truly be a litmus test for Russia’s intentions and capabilities.

We can be sure that the leadership in Pyongyang is watching this situation with great interest. Should Russia cave to international pressure, or should it be overruled and ignored despite heavy protests, Kim Jong Il will know that the time is not yet right. The strategic gas and railway projects will be delayed and saved for later, while coping with the situation will continue on a day-by-day tactical level. This, in turn, will have an impact on the Six Party Talks, the inter-Korean relationship, the security situation in Korea’s West Sea, North Korea’s domestic situation, and all the issues that in one way or another depend on these developments. So we better keep our eyes open.