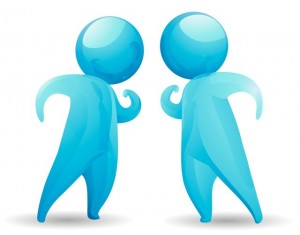 Irrespective of political orientation, little dispute exists among politicians, government officials, activists, and NGO workers that a large number of North Koreans suffer from human rights abuses at the hands of the regime. Despite consensus regarding the serious nature of these abuses, however, addressing (much less resolving) them has proven to be difficult with the problem of North Korean human rights embedded in the context of a perpetual nuclear and humanitarian crisis. This has stimulated ethical debates and much soul-searching among policymakers, aid workers, and activists torn between choices of principle or pragmatism which have led to the politicization of North Korean human rights.

Why do human rights and humanitarian aid groups with noble intentions of alleviating human suffering at times distrust one another? In essence, the interaction of different strategic and principled beliefs shaped short and long term policy goals intended to address human suffering in North Korea. This interaction resulted in two different networks working to alleviate the plight of North Koreans since the 1990s. One response to North Korean suffering stressed continued engagement with Pyongyang at the strategic but more importantly humanitarian level. As evidence of gross human rights violations mounted in the late 1990s, a second network emerged that focused on advocacy and awareness, demanding greater political rights and freedoms for North Koreans.

Although labels never accurately capture the variety of perspectives that exist within a network, insiders explicitly or implicitly attached them to these two camps as they appealed to different members and followed alternative political trajectories. Moderates and progressives tended to fall under the humanitarian aid/engagement camp. Conservatives converged around the human rights/naming-and-shaming camp. Of course, significant overlap exists between the two networks with strong advocates within each group supportive of the other. Nevertheless, divergent beliefs about the North Korean regime and differences in short and long term strategic and humanitarian goals resulted in tensions and division within Congress and among policymakers and civil societal actors making it difficult to put together a coherent policy framework dealing with North Korean human rights issues.

How did two rather distinct approaches emerge in response to human suffering in North Korea and in the evolution of North Korean human rights discourse in U.S. foreign policy? Naturally, the response to suffering during the 1990s focused on food aid and humanitarian assistance rather than human rights violations given the urgency of the crisis. However, humanitarian aid became politicized at an early stage with the Clinton administration linking it to nuclear negotiations. The link between aid and engagement was reinforced by NGOs that needed to work with North Korean officials and maintain minimal levels of engagement to keep aid flowing and projects running.[1] Humanitarian assistance eventually became associated with soft engagement in the minds of those critical of the Clinton administration’s engagement strategy.[2] Without proper verification or monitoring standards, critics in Congress, particularly conservatives who had vigorously opposed Communist regimes in the past, argued that an engagement approach merely rewarded bad behavior, propped up an evil regime, and prolonged the misery of ordinary North Koreans.

From Aid to Human Rights

By the late 1990s, concerns about human rights abuses mounted with the influx of North Korean refugees. Relying on firsthand accounts from defectors about life and conditions inside the North, activists began drawing greater attention to the appalling human rights situation. By the early 2000s, a paradigm shift in response to North Korean human suffering was in order. This shift is commonly attributed to the change in government from the Clinton to Bush administration. However, even prior to President Bush’s election, the response to North Korean human suffering was already shifting within policy and NGO circles. Some NGOs found it difficult if not morally reprehensible to work with a corrupt regime and chose to pull the plug on in-country programs altogether. Others found that donor fatigue had set in.

The shift in paradigm carried important implications in the evolution of North Korean human rights advocacy and the response by activists and policymakers to human suffering. Needless to say, the issue of human rights resonated with the Bush administration’s overall North Korea policy framework. Public executions, gulags, torture, and mass starvation warranted a hardline position against the regime. By 2002, coalition movements had emerged linking activists with Congressional leaders and policymakers pushing for more direct action on behalf of North Korean refugees and human rights more generally. The universality of human rights and a strong moral conviction to speak out against the regime’s abuses remained central to this network. Two main beliefs converged which helped generate a dominant North Korean human rights discourse in U.S. foreign policy: moral beliefs informing the policy, activist, and Christian communities to take a stand against the regime, the ultimate source of North Korean misery; and strategic beliefs about the best approach for bringing security and stability to the region.

The North Korean human rights network which emerged in the early 2000s was distinct from the one that had advocated continued humanitarian assistance and engagement with North Korea. While it did not replace the humanitarian/engagement approach, the human rights network reframed the ongoing humanitarian disaster and food crisis as a human rights problem. Many in the network were dissatisfied with the slow pace of the aid and engagement approach, its failure in demanding accountability and justice, and its tolerance towards the regime. Malnutrition, food shortages, and hunger persisted. Nor had humanitarian assistance brought North Korea any closer to giving up its nuclear weapons program. Meanwhile, the steady flow of defectors crossing into China appeared to signal a distressed regime that with a bit more pressure might come crashing down.

The conservative turn in North Korean human rights advocacy had the effect of pushing away potential supporters. It also left those critical of the Bush administration, particularly activists on the political left, from seriously acknowledging or engaging human rights problems in North Korea. This had the unfortunate effect of further polarizing the debate at the civil societal level. Some groups remained distantly cool towards one another as different camps drew distinctions between human rights and humanitarian issues. “Human rights” suggested more politically-oriented, advocacy type work dominated by political conservatives. Humanitarian assistance implied policy-oriented aid and development work associated with moderate or more progressive-leaning members interested in engaging (rather than merely criticizing) the regime. The identification of these stereotypes to particular political lines only exacerbated dissent and discord among those wishing to address the plight of North Koreans.

Because these policy views stem from different underlying beliefs about the regime, it may be difficult to reconcile the two approaches to human suffering in North Korea. However, this does not mean that the gap in policy views cannot be narrowed. In recent years, members from both camps have tempered contrasting ideologies to find avenues of cooperation and greater dialogue. This convergence can be attributed to several factors. The arrival of the Obama administration reduced some of the regime change stigma associated with the naming-and-shaming approach to human rights. President Obama’s appointment of Ambassador Robert King as the Special Envoy for North Korean Human Rights also helped legitimize the cause of human rights among more liberal circles which for much of the previous decade had primarily advocated a humanitarian approach without addressing rights. Likewise, the human rights camp has also toned down the rhetoric of regime change. Additionally, with more refugees now living in South Korea as well as the United States, some human rights groups have channeled their energies from more provocative actions to less controversial issues such as assisting them in adjusting to their new environments.

Humanitarian groups which have been operating in North Korea for over a decade such as World Vision or the Eugene Bell Foundation have demonstrated that projects can be designed, at least on a small scale, which directly benefit ordinary North Koreans without also providing any readily available benefits to the regime.[3] Should the regime implode or gradually open, North Koreans who have already formed relationships with outsiders will be better prepared for the difficult political and economic transition that lies ahead. Thus, at the micro-level, the end goals of the humanitarian/engagement approach may not necessarily be at odds with the human rights/naming-and-shaming approach.

Needless to say, bridge-building groups and individuals which operate across both networks do exist. For example, organizations such as the Committee for Human Rights in North Korea include both “liberal’ and “conservative” members on their board, tempering more hardline views which had been associated with human rights advocacy in the past. As bridge-builders have noted, the two networks are really more complementary than zero-sum. Despite fundamental differences in beliefs, there are ways to address the humanitarian and human rights crisis without undercutting the work of the other.

Following the reauthorization of the Human Rights Act in 2008, the human rights network has laid out a more pragmatic framework that moves beyond naming-and-shaming. For example, rather than wait for a degree of trust to develop before raising human rights issues with the DPRK, David Hawk has laid out a strategy that includes human rights discussions in dialogue between the United States and North Korea as a normal part of the diplomatic process.[4] On the policy front, the human rights network should continue to press policymakers to include human rights issues at the resumption of negotiations and mobilize support when key events and opportunities arise. Meanwhile, the human rights network should consider supporting initiatives which address human security issues that improve the lives and standard of living of North Koreans as a gradual shift takes place from humanitarian/relief work to development projects and business opportunities. Rather than dismiss humanitarian and development programs outright, the human rights approach should embrace projects such as soybean farms or TB clinics which are not easily repurposed for regime elites or the military.[5]

The engagement/humanitarian network, for understandable reasons, continues to work quietly due, in some part, to the sensitive nature of its programs. However, if and when possible, humanitarian and development groups must continue to press for improved accountability and monitoring standards. Aid groups with years of operational experience in North Korea may be able to assist or broker basic standards and procedures for new groups venturing into North Korea. And while human rights may not be the “business” of humanitarian organizations, these groups should not “excuse” the regime’s abuses and mistakes. Just as the naming-and-shaming approach vilifies North Korea as a monolithic evil regime, some groups and individuals in the engagement camp in an effort to break down this image have gone to the opposite extreme by giving the impression that the country is somehow “normal.”

At the moment, little can be done at the official state level to improve the human rights situation in North Korea given the impasse in negotiations and the Obama administration’s decision to exercise a policy of “strategic patience” towards Pyongyang. However, recent signs of reengagement from North Korea and positive gestures from Washington, including a small shipment of emergency aid last month, suggest that the two sides may soon be ready for more substantial discussions. In the meantime, NGOs and other civil societal groups can continue supporting the North Korean population and defectors by maintaining contacts inside the country and updating the outside world about conditions therein. Both networks are helping to lay the groundwork for any future transition in the North, and as experts, will play an instrumental role in addressing the challenges of market reforms, economic development, transitional justice, and political change. But periodic dialogue and exchange is needed across both networks, if not to coordinate strategies, at least to air misunderstandings which have the potential to hinder a coherent policy framework in dealing with North Korean human rights issues.

[3] These small scale projects include goat farms providing milk and other dairy products for local consumption, medical treatment for tuberculosis patients, or well-digging for drinking water.