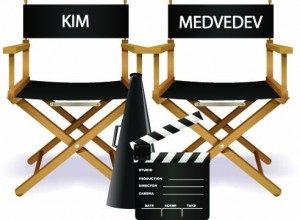 The recent Russia-DPRK summit was both eventful and insightful regarding the devious multiple games being played behind the scenes of the Six Party Talks. At his summit with President Medvedev on August 24, 2011, Kim Jong Il agreed to resume the Six Party Talks without preconditions, and if the Talks take place, to then impose a moratorium on nuclear testing and production of (unspecified) nuclear materials. Kim also agreed to set up a commission to explore the possibility of building a gas pipeline from Siberia through the DPRK to South Korea. North Korea would obtain approximately $100 million in fees from this pipeline, which would open in 2017 and apparently ship 10BCM annually to South Korea for 30 years. Subsequently both Korean governments have expressed interest in building this pipeline and have started separate discussions with Russia about the logistics. Beyond those negotiations, Moscow has entered into unspecified discussions on military cooperation with Pyongyang, which could ultimately result in some form of arms sales or technology transfer, and the two countries are evidently preparing for naval search and rescue drills.

This defense cooperation, to the degree that it takes place, would revive at least to some degree an earlier military relationship that has lain dormant if not been suspended for years. It seems clear that Kim Jong Il is looking for a military partner as well as a negotiating partner or supporter(s) in the Six Party Talks. These military (as well as economic and political) discussions underscore the complexity of the Six Party games that are now occurring on the Korean peninsula. Earlier this year, China refused to give military assistance to North Korea, and stipulated the resumption of Six Party Talks as a condition of new economic assistance. Meanwhile, China’s influence in North Korea’s economy has steadily grown. Rhetoric to the contrary notwithstanding, North Korean officials clearly resent this dependence on China, which contradicts its autarchic juche (self-reliance) ideology, even though Chinese assistance and support for the succession are necessary. Indeed, we should never forget that North Korean nuclearization also aims to emancipate North Korea from China’s tutelage upon its foreign and defense policies. That desire to escape China’s pressure also underlies Pyongyang’s frequent, if ham-handed, efforts at rapprochement with Washington. Although the DPRK recently sent an emissary to Washington for preliminary discussions, Kim Jong Il had no choice but to accept China’s conditions. Accordingly, Kim has evidently invoked a long-standing diplomatic tradition of playing off Russia and China as rivals for influence over or in North Korea to get the best deal.

While Russia clearly wants to regain the status of being a major actor on the Korean peninsula, it will not do anything that could potentially destabilize the area. Therefore, neither would it give North Korea major military assistance. Search and rescue operations are a relatively anodyne, safe and internationally acceptable form of defense cooperation. Even so, the US government has indicated some concerns about a possible resumption of Russian-DPRK defense cooperation. Moreover, North Korea’s precarious economic situation means that Moscow would probably be left holding the economic bag for all costs and expenses that it might incur from cooperation with Pyongyang, giving it credit to buy weapons or funding its actions in some other way. Therefore, we need to see the economic aspects of the summit, particularly the economic agreements, as representing to some degree a surrogate for the defense agreements that Kim wants. Nonetheless, for Russia, such accords are important because they give it a channel by which it can now talk to the North Korean military, clearly the strongest political bloc or faction in the DPRK. That dialogue could become vital in North Korea’s succession and also serves as a means by which Moscow can try to directly influence the key actor(s) responsible for any North Korean military action and attempt to restrain what it deems as potentially provocative actions. At the same time, Russia gains even more access to North Korea—apparently a Russian intelligence officer will mentor Kim Jong Un, Kim Jong Il’s son and successor, on world affairs.

Finally, there is the security dimension of these accords. Clearly these talks help foster a much less threatening atmosphere than was the case in 2010 when Moscow feared that the Korean peninsula was on the brink of war. Having constantly advocated a return to the Six Party Talks, Moscow can point to the “moratorium on testing” and Pyongyang’s willingness to resume the talks without preconditions as grounds for restarting them, showing its loyalty to the DPRK and posing as a major player in the talks. Stability in Korea is a sine qua non of Russia’s East Siberian development strategy upon which its entire “Ostpolitik” stands. So to the degree it can seemingly upgrade its standing and facilitate that stability, Russia will seize any such opportunity.

Kim’s willingness to not test missiles also means that he may observe some restraint to get the talks started again. For Russia, this is critical because it knows that the DPRK provocations of last year have led not only to a tightening of US-ROK alliance mechanisms, but also to a visible South Korean upgrading of defense capabilities and a visibly unforgiving or intolerant stance towards any future DPRK provocations. Gaining any kind of leverage on DPRK defense policies without committing Moscow to support those provocations, and giving North Korea something to lose if it does act provocatively, makes excellent sense for Russia under the circumstances.

However, close examination of the agreements and of Russian and DPRK motives should induce at best a limited rapture among observers. North Korea’s objectives are plainly visible.  First, it is clear that Kim actually agreed to nothing tangible. As a South Korean observer noted, if he was serious about this moratorium he would have addressed this statement to Washington, not Moscow.[1] Second, resuming the talks without preconditions flies in the face of continuing insistence by South Korea, Japan and the United States on tangible denuclearization as a condition for reopening the talks. Finally, agreeing to establish a commission to investigate setting up the pipeline commits nobody to anything except exploratory discussions that can easily be slowed or terminated whenever it suits any of the parties involved. So while North Korea needs the revenues that it would accrue from the pipeline, it will display no unseemly haste to finalize an agreement lest others think it is more desperate than it really is for the revenues. Showing such anxiety contradicts virtually everything we know about North Korea’s negotiating tactics.

Moscow’s motives are also discernible. As Russian, if not US, observers have grasped, President Medvedev emphasizes Russia’s desire to be seen as a major player in Northeast Asia. Moscow can only attain that status through leveraging its energy exports in Northeast Asia and in building the kind of trade and infrastructural facilities that are contemplated in these agreements. Indeed, the idea of building a Trans-Korean railway that would link up with the Trans-Siberian railway and provide complete Europe-Asia overland trade route dates back to the 1890s and Sergei Witte. The idea has always been to use this network to establish Russia as a great Northeast Asian power and outflank or even replace the global maritime Euro-Asian trade network with this railway.

The railway and gas pipeline also epitomize the hidden tensions and rivalry in Russian and South Korean relations with China. First, Russia is not the only one dreaming about building this Euro-Asian trade network. South Korea has also previously expressed such ideas, and by locating the terminus of this railway and gas pipeline in South Korea, it can gain greater security for its energy supplies, shelter them and its overland trade from China’s influence, and move to realize that earlier dream of becoming a Northeast Asian hub.[2] China too dreams of becoming such a hub through its transcontinental trade projects like the Silk Road and TRACECA (Transport Corridor Europe-Caucasus-Asia), all of which bypass Russia. So the railway and gas pipeline illustrate the ongoing competition between Moscow and Beijing for leverage on the Korean peninsula and the exploitation of which is a long-standing Kim family recipe.

The gas pipeline, now the centerpiece of the economics involved, similarly expresses Northeast Asian rivalries and competing political agendas. Russia can only become a great Asian power by maximizing the political payoff provided by energy exports. This will also enhance its standing in the Six Party Talks because the gas pipeline gives it a mechanism by which it can propose itself (with someone else paying the bill) to be the supplier of gas and peaceful nuclear energy to a supposedly denuclearized North Korea that has returned to the IAEA’s framework. That standing gives Moscow a major leg up in the competition for economic influence in North Korea that embraces all of the other five participants in the talks. Despite Russia’s professed interests with China, Medvedev’s policy of enhancing Russia’s Asian profile does not entail yielding to China in Korea. But to ensure that China does not prevail, this pipeline must go through to enhance Russia’s overall standing with both Koreas and reduce tensions on the peninsula, which had become, by official Russian reckoning, perhaps even more dangerous than Iran’s proliferation as a threat to international security even before the crises of 2010.[3]

Russia also still has visions of engaging South Korea in large-scale transportation, energy and infrastructure projects in the Russian Far East (RFE), to keep the two Koreas from falling wholly into China’s economic orbit and to enhance Russia as an intercontinental transportation and trade hub between Europe and Asia.[4] Russia is now pushing deals that involve the export of LNG from Russia to South Korea.[5] Russian and South Korean firms have also signed protocols stating the intention to build a pipeline to South Korea that will annually import 10BCM of Russian gas from 2015 to 2045. The unresolved North Korean situation and the inability of Russia and China to negotiate an alternative pipeline route through China to South Korea have held up any meaningful progress on this deal.[6]

Therefore, these talks were not only about the pipeline, but about opening up rail connections from Siberia to South Korea through the North as well. Furthermore, Russia also used these talks to discuss options for the North to repay its debts to the Soviet Union for which Russia is now the inheritor. It now appears that Moscow will forgive up to 90 percent of those debts, if not the whole amount of about $11 Billion. Yet none of this is for certain. Russian officials admit that no pipeline is possible without strong guarantees from the North or South, neither of which has been forthcoming even though the South agreed, in principle, to a gas pipeline from Russia in 2008. Moreover, neither Washington nor Seoul seem to think much of this deal except for Seoul’s enthusiasm about an energy pipeline and the fact that Kim, once again, wants something (aid) for nothing (promises to consider something in the future). Likewise, talk about a gas pipeline is cheap, but negotiating it is like making a long-term marriage contract and so far none of the key issues has even been agreed to. The projected Russo-Chinese gas pipeline has been under discussion for 15 years and we are no nearer to an agreement on price, volume, financing or other key issues today than before. It may turn out that there is truly is something here, but until then, wariness should be the operative word going forward.