This article is based on a summary of a paper for Session II, “Social Control as an Obstacle to Economic Development” for a conference on “The Viability of the North Korean Regime” organized by the Asan Institute for Policy Studies in Seoul, South Korea, September 8-9, 2011. Used with permission. 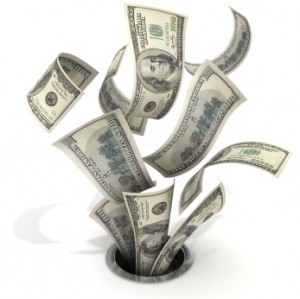 We know the North Korean economy is in shambles. But why and how, exactly, is less clear.

This paper is a short, tentative summary—more compendium than theory, at this stage—of the many ways in which North Korea prevents itself from having a sensible economy. (Note where the agency lies here. Pace the “North Flank Guard,”[1] this is nobody else’s fault.)

Our starting point is quite recent history, yet unimaginably different from today. In its early years, the DPRK delivered strong economic growth; it even out-performed the ROK.[2] Today, however, South Korea is so far ahead on all fronts that Korea is essentially “one country, two planets.” For GDP (per head, and absolutely), and foreign trade, the respective ratios are 18, 38 and 135:1.

The South soared while the North went into reverse. Famine in the 1990s was the nadir. Only now are DPRK GDP and trade regaining their late 1980s levels after two lost decades.[3] So what went wrong? How can we explain this tragic trajectory: a veritable Great Leap Backwards? The answer must be sought on several levels. This paper attempts a preliminary inventory.

Janos Kornai famously theorized why and how a command economy generates shortages.[4] Already in the 1960s DPRK economists warned that rapid early growth was bound to slow. Kim Il Sung attacked this as “sophistry,” but history proved them right, and him wrong.[5]

Such systemic problems—perverse incentives (hoarding) when central administration supplants price signals, and slowdown as extensive gives way to intensive development—are general and familiar. Here our focus is North Korea’s peculiar variations on the theme. They include militarism, royal economy, cult costs, Potemkinism and whims, to name but a few.

Militarization has cost the DPRK dear: in growth forgone—the 1970s slowdown is clear cut—and other ways. Songun, in practice, long preceded Kim Jong Il’s articulation of it. “Guns vs. butter” is indeed an either-or. This malprioritization works both directly and indirectly. For a start, Kangdong trumps Pyongyang. We lack numbers, but the Second Economic Committee takes the lion’s share of resources; the civilian Cabinet makes do with leftovers and crumbs.

Songun does have spinoffs. The KPA builds things and farms a bit. But the claims in internal debates[6] that prioritizing heavy industry for the military assists the wider economy are both false and contradicted by the emphasis in recent New Year’s editorials[7] on boosting light industry. Songun not only distorts domestic investment, it also deters FDI—on which more below. China apart, few will dare defy UN sanctions and risk US displeasure, for uncertain gains.

Royal economy is a term coined by Kim Kwang Jin, who used to work for it.[9] In the 1970s, Kim Jong Il began “gift politics” to bolster his clout as dauphin. Over time Room 39 swelled into a vampire squid, sucking in everything of value. While Kim stresses how this weakens domestic DPRK organs, others view Room 39 as the nerve centre of an economy exercising “criminal sovereignty” on a global scale.[10] State crime abroad came first: Jang Song Thaek’s idea, some say. A stupid idea, morality aside. Whatever Pyongyang earns in the shadows is far less than if it went straight and created more Kaesong zones, exporting to the world. But the rumoured billions are handy for Kim Jong Il: l’état, c’est lui. This is sheer kleptocracy.

Cult costs are self-explanatory. Making Kumsusan into Kim Il Sung’s mausoleum is said to have cost US$900 million.[11] Pyramids (in the sense of unproductive grand edifices) abound, including one literal one: the Ryugyong (non)Hotel,[12] whose new glass cladding seems mainly decorative. And what is the cost, including the opportunity cost, of heating hundreds of greenhouses in the harsh DPRK winter, while people shiver and starve, for February’s Kimjongilia show?[13] Or taking tens of thousands of youth out of school for months to cavort in the Arirang mass games? These earn some foreign exchange, but this cannot begin to cover their cost. (Mind you, the schooling the children miss is itself distorted by thousands of hours of boring Kim lies.)

Some economic projects are suspect too. In a rare number, KCNA boasted that the West Sea Barrage at Nampo cost US$4 billion.[14] If true, was it worth it? Or were this and other giant slabs—Anbyon dam,[15] years in the making—built for grandeur as much as use? Or again, those tiny hydropower plants that gave Yon Hyong Muk his political comeback in Jagang;[16] the Kaechon-Thaesong and Paekma-Cholsan gravity-fed waterways;[17] and the flattening ancient landscapes so as to confuse returning landlords:[18] Does any of it make economic sense?

Potemkinism—pretending, creating illusory facades—has a long history. As early as 1988, even the DPRK’s pride and joy, the Taean Heavy Machine Complex, was being switched on just to impress visiting African presidents.[19] The May 11 Factory, visited by Kim Jong Il this past July, claims to make LCD TVs indigenously, but a closer look suggests they may well be imports.[20] It is also claimed that Kim Jong Il himself is sometimes deceived on his guidance visits.[21]

Whims—no prizes for guessing whose—are costly too. Was an ostrich farm a sensible idea in North Korea’s climate? Elsewhere in the DPRK deforestation is a blight, but there 10,000 birds—quilted for winter—enjoy, we are told, no fewer than 560,000 trees. Kim Jong Il has visited 70 times since the late 1990s.[22] Then there is vinalon. No one wants to wear the stuff, but in 1980 Kim Il Sung ordered machines torn out of other plants and sent to Hamhung, where 30 years later his son dutifully had the February 8 Vinalon Complex rebuilt.

Ostriches are just random, but vinalon also exemplifies another curse: poisoned chalip. The basic juche boast was always a lie: the DPRK economy sailed on Soviet aid, and sank when that abruptly stopped. But where it was applied, as in vinalon, “ours is best” was a bad bet.

Rigidities abound. Songbun (one’s “socio-economic or class background,” not to be confused with Songun—the “military first” policy) has eased of late. But to condemn millions of citizens—including 80,000 people kidnapped in 1950—to discrimination and mistrust, simply because of their background, is crass economics and politics. It breeds enemies.[23]

Samsu Dam vs. Hyesan Mine. A telling case of economic idiocy is a feeble power plant built at Samsu, despite geologists’ warnings that its reservoir would flood the vital Hyesan copper mine. When it duly did in 2009, Hyesan’s Chinese investors were not pleased. But Samsu was a prestige project with a heroic film of its construction, so there was no stopping it.[24]

Each year North Korea publishes a budget with no numbers. It is uninterested in joining the World Bank or IMF, which would insist on statistics. Despite changes on the ground, reform remains a dirty word. The rollback stopped since 2009’s crass and disastrous redenomination (i.e. theft of savings), but the insane claim persists that markets will eventually be abolished.[25] Science and technology—productive forces in Marxian terms—are seen as a saviour, when patently the relations of production (the system) have become fetters that need to be cast off.

Why oh why? In December 1996, Kim Jong Il whined that his father told him to focus on the party and army, not the economy. Politics, ideology and the military come first. And yet the early 1990s’ fatal policy paralysis defies explanation: an old guerrilla surely should have grasped that, in 1991 as in 1941, survival meant moving on. Consequently, a terrible price was paid. (Not that the DPRK cares about mass deaths; but not changing fatally weakened the country, nukes or no nukes.)

With so much unknown, conceptualization is a challenge too. Some of the categories above may overlap—are the royal and military economies separate, or much the same?—and views of how they interact can differ. One key question is how to conceive today’s less monolithic DPRK. McEachern’s “red box” is suggestive, but too functionalist.[26] Rather than a clear cut rivalry between a separate party, army and cabinet, the reality is messier—and murkier. James Church’s Inspector O is a better guide to Pyongyang’s milieu of intrigue and risk.[27]

Going forward, many questions arise. Must the DPRK reform? Not necessarily soon. Some modernization can be done “as is,” especially in infrastructure, if China or others will pay. Or what to make of Kangsong taeguk (strong and prosperous state)? This is a risky hostage to fortune, inviting an emperor’s clothes riposte. Expect much Pyongyang Potemkinism in April 2012, now just five months away.

Despite all this, some hardy spirits invest while kindly souls seek to open the place up. One must applaud the efforts of Choson Exchange, whose public fruits include a useful guide to DPRK investment law[28] as well as the odd news that the DPRK’s several new bodies touting for investment do not talk to each other.[29] Call it competition, but this rings alarm bells: it is the opaque menacing world of Inspector O, where connections to hidden strongmen count.

Finally, consider Park Chol Su. His shadowy Taepung group is entrusted with North Korea’s entire development through 2020.[30] (Strange self-reliance, to dump this on a foreigner: Park is Chinese.) In September, Park had western reporters join Chinese tourists aboard a decrepit cruise ship, sailing from sleepy Rason (hilariously compared to Singapore) to enjoy facilities brazenly seized from Hyundai at Mount Kumgang. Predictably, this was a PR disaster.[31] The mocking hacks played down the stolen property angle, but the messages sent were: give us your money, we won’t change, and invest at your own risk. The North Koreans simply cannot be serious.

[1] K M Lawson’s brilliant epithet for those whose tendency is to absolve the DPRK regime of all responsibility.  Somehow, it’s always someone else’s fault:  http://www.froginawell.net/korea/2010/12/the-north-flank-guard/.

[12] Rumors in October suggest that after 20 years as a useless concrete skeleton, a small part of the Ryugyong Hotel may finally open in 2012: http://www.telegraph.co.uk/news/worldnews/asia/northkorea/8817467/North-Koreas-Hotel-of-Doom-to-open-24-years-after-construction.html.

[26] Inside the Red Box: North Korea’s Post-totalitarian Politics. Columbia UP, 2010.