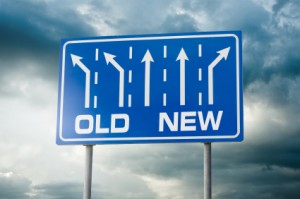 The death of Kim Jong Il had often been anticipated in rumors and speculation since his stroke in 2008, but when it finally happened on December 17, 2011, it was nevertheless, quite unexpected. Indeed, in the last weeks and months, with the busy schedule of the North Korean leader including visits to China and Russia, it looked rather more unlikely, though the fact that he suffered from health problems had been long known and to some extent even admitted by the North Korean media. Kim’s death comes in a time of confusion regarding the state of the North Korean economy. In Pyongyang and its surrounding areas there are obvious signs of increased Chinese investment and a rebounding economy, with more consumer goods available, the number of cell phone users soaring to close to one million, and traffic increasing to the point of formerly unthinkable traffic jams. The countryside, on the other hand, remains pitch dark, fresh water is often of dubious quality, people are freezing and food is scarce. With a “growth banana” (Sinuiju—Nampo—Pyongyang—Sariwon—Kaesong) and a stagnating rest of the population (roughly three quarters), disparities in income and life opportunities are growing. In this situation, China has been eager to reassure its firm stand behind the new North Korean leader Kim Jong Un, while the rest of the region takes a wait-and-see attitude.

The future holds various possibilities. Most likely there will be some form of regency, open or undeclared, around the new leader Kim Jong Un. This might lead to a smooth power transfer, but equally possible, and given the inexperience of the new leader and the lack of preparation of his reign, the outbreak of factional strife, not unlike the situation in China after the death of Mao could happen, once new coalitions have been formed. The pillars of power—military, secret service, party, government and the clan of friends and family—have somewhat different interests and are internally less homogenous than they appear from the outside. Popular unrest might even ensue. Whatever will happen in the medium and long terms, it is unlikely that changes will begin soon. For now, the country is in shock and power holders are rallying around the new leader, the safest alternative in a time of uncertainty.

In this political context, there is an opportunity for South Korean leadership to step up and carve out a new relationship. President Lee Myung Bak, weakened by a series of election defeats and corruption cases, and his Grand National Party in confusion before the next elections, has the chance of a lifetime to reverse a dismal situation in inter-Korean relations by proposing bold measures to improve relations with the North. By using this window of opportunity, President Lee could escape his lame duck status and end up as the president known for promoting Korean unity. This bold new plan would not need to offer new bribes for bringing North Korea to the table, as the US essentially did some weeks ago. Instead, it would suffice for the time being to shift the blame for strained relations to the old leadership and open a new page of negotiations.

Helmut Kohl, the chancellor of German unity, demonstrated how this kind of face-saving move could be done. In 1988 and early 1989, after seven years in government, no one would have thought much of a third consecutive term for Kohl. The government looked spent, various scandals had taken a toll on the governing party, and leadership of the chancellor seemed so weak that some of his opponents in the party tried to organize a putsch at the 1989 party convention in Bremen. Though this failed, Kohl seemed to be at the road’s end. Then, however, with growing public discontent in East Germany and the fall of one communist state after another, he reemerged. And with his 10-point plan on German confederation and unification in November 28, 1989, Kohl became the successful and undisputed leader of Germany and achieved unification in less than a year, by October 1990.

Are there lessons to be learned from Kohl’s 10-point plan? Certainly, the geopolitical situation today is different, and North Korea shows no signs of public uprisings or factional strife. But the fact that Kohl made public a bold statement of support for change and, at the same time, offered a grand vision for potential partners from the former enemy can indeed be compared. Kohl’s plan included humanitarian and economic aid, a confederation based on treaties, disarmament and a unification process that was closely coordinated with Eastern and Western neighbors. At that time, many in Germany’s left opposition vilified him for openly daring to speak of unification. Indeed, dynamic reality soon overtook his rather cautious planning.

The time is now ripe for a similarly daring message from President Lee Myung Bak. This does not need to include new bribes to bring North Korea to the negotiation table, just a fresh start. What it should include are measures to repair the working relationship between both states, and controllable and limited first steps of further cooperation. One such step might be a long-planned and delayed expansion of the Kaesong Industrial Complex, where the interests of both states coincide the most. Later stages could include all open issues, including the aggressions of North Korea in 2010, the Kumgang Mountain tourism project and an agreement on lasting peace. Also, and probably most problematic, there should be a perspective for North Korea’s security and military apparatus to be included, with potential carrots and sticks at the same time. If not, it is difficult to imagine that there is any incentive for this pillar of power to follow any other route than the established way of confrontation. Most importantly, all this should not be done in secret negotiations, but rather in a transparent way that is known not only to selected functionaries in North Korea, but all people. And it should be done in reassuring and conciliatory terms, fortiter in re, suaviter in modo. It must be an offer to the current leadership, but moreover to all potential future leaders and for all the people of North Korea. Such an agreement, which in time would—through word-of-mouth propaganda and the growing number of ways of communication inside North Korea as well as with the outside—be effective in bringing about better relations, and maybe help to open North Korea. The “Vision 3000: Denuclearization and Openness” was a similar attempt, but the time was obviously wrong in 2008.

Today, it is time to renew this offer and make it more concrete. President Lee, who himself talks of a “window of opportunity” left open, should lay out in a clear, step-by-step roadmap for a way forward. This roadmap, as said before, should prioritize issues of common interest. As such, besides Kaesong issues, it could possibly even include the planned, but never realized new economic zone in Haeju: this would indicate a willingness to go forward with the summits of 2000 and 2007 much cherished by the North, but with a project ultimately helping to open up North Korea. Other issues, like Mt. Kumgang, mainly a money-making endeavor for North Korea, could be put on the back of the list. The plan should not be addressed to the government of North Korea alone, but to the North Korean people. By this, a new dynamic of change might be achieved and the kairos, the lucky moment in history, used before a new leadership in the North settles in. Certainly, the latest statements in North Korean state media do not support such a development, but it is just this official rigidity, which makes a more dramatic move by South Korea necessary.