On one training trip to North Korea this year with Choson Exchange, I enjoyed less-than-tasty fried chicken washed down with copious amounts of beer with North Koreans at a joint venture fast food restaurant. On the rooftop, chickens ran around in what might be the only locally-sourced fast food restaurant in the world. Outside, traffic was definitely up from what I remembered from a visit four years ago—just as the many visitor reports to Pyongyang have been claiming throughout the past year. Inside, the North Koreans I was with would eventually try to convince me to help them set up a spa and restaurant.

Two parallel and somewhat conflicting narratives of North Korea have emerged over the past year. Visitors to Pyongyang point to the progression of major construction projects, increasing traffic on the city’s previously empty streets and more well-stocked shops as signs of prosperity. Elsewhere, humanitarian agencies and North Korean government officials warn of a deteriorating food situation. While officials solicit aid overseas, enterprising North Koreans are seeking capital to fund new businesses particularly in the service and resource sector.

Many analysts shrug off eyewitness accounts of Pyongyang as images of a Potemkin village. But Pyongyang matters because unsurprisingly, the situation there reflects the lives of the privileged two to three million people who live in the city. Unfortunately, eyewitness accounts focus too much on construction, cars and the presence of consumer goods. These changes are easily distorted by short-term and localized fiscal stimulus. For example, a reallocation of resources to Pyongyang vis-à-vis other regions, or a shift in spending from the military sector to consumer and construction sectors, might explain some of the highly visible and recent changes. These changes have been driven primarily by state spending. 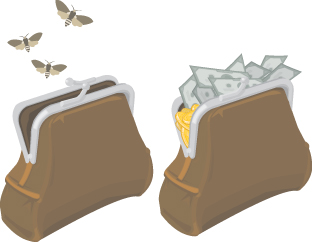 One important change that is less noted is that compared to visits in 2007 and 2008, the number of North Koreans eating at foreign currency restaurants appears to have grown dramatically. Many of these restaurants are full in the evening. Whether it is getting the popular ice cream or cold noodles at the Koryo Hotel, barbequed skewers near the Rakwon Department Store or udon and jajjangmyeon, next to the train station, visitors now have to jostle with North Koreans for space. And the locals also pay in hard currency. This is important because the liveliness of the restaurant scene potentially indicates an increase in private disposable income. Pyongyang consumers have cash and they are happy to spend it.

How do we reconcile this with the image from aid organizations of a deteriorating food situation? Rising income inequality is one explanation. North Koreans who attended our economic policy training programs have yet to give us Gini coefficient figures, but a widening income gap seems in line with the marketization of North Korea’s economy. Enterprising North Koreans are better placed to accumulate wealth. Furthermore, by dividing the returns from increasing resource trade with China over a small urban population, a small segment of society is able to prosper much more rapidly than the rest of the country. After all, one estimate indicates that only 25 percent of North Korea is urbanized.

Rising income inequality means that even if the general food situation is bad, prospering urbanites are buffered against famine or malnutrition. At the same time, unease with rising income inequality can lead to policy reversals or a backlash from resentful segments of society. Even within Pyongyang, tensions exist as people cope with increased income disparities. In 2010, while conducting a financial sector development workshop in Pyongyang, we watched a fashionably dressed lady purchase merchandise in the over-priced department store at the Koryo Hotel. A North Korean acquaintance who was watching her commented with a tinge of envy that “she must be from a business family.”

Interest in Business Continues to Grow

While putting together a report on whether venture capital is an effective way to help North Koreans grow new businesses, we recently interviewed young North Koreans to better understand their aspirations and their exposure to business analytics. At the elite Pyongyang University of Foreign Studies, business remains one of the most popular career choices among students. One student from the university claimed that among his classmates, Chinese is increasingly the foreign language of choice, and is starting to compete with English as the most popular foreign language. However, when asked how enterprise managers were trained, the student lamented that the only relevant courses were in business languages, not in analytics, and expressed frustration at the lack of a business program.

Obviously, Chinese investments play a major role by bringing economic dynamism. New joint ventures with Chinese companies, including the Kwangbok supermarket—which Kim Jong Il was shown visiting just before he passed away—provide opportunities in the commercial sector. While mining investments are highly sought after, capital-constrained North Koreans find it easiest to break into the service sector, where capital requirements for start up are lower. At the same time, economic development remains high on the national agenda, providing official encouragement to practice commerce. A foreign businessman in Pyongyang told us that during the mourning period for Kim Jong Il, his shops were closed for three days but his staff continued to turn up for work to demonstrate that Kim Jong Il’s passing would not stop the country’s progress.

While a young North Korean expressed gratefulness for Chinese investments, he also expressed unease with Beijing’s growing influence. The North Korean believed that the Chinese view North Korea as a low-cost manufacturing hub, with local companies “turning raw materials into products…and sending it back to the Chinese government.” He did not see this as an optimal way to help domestic companies grow in the long term, and he aspired to help North Korean businesses “access capital markets” to grow. Currently, joint ventures are the main mechanism by which companies gain access to capital. At least officially, North Korean banks do not provide commercial lending.

At the end of that conversation, that North Korean asked for a reading list on finance. We are eager to see young North Koreans pursue their dreams in the business field and hope that the limited opportunities for them to learn about economics and business continue to expand.