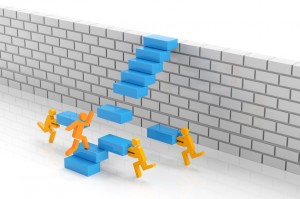 With the death of Kim Jong Il the hopes of many people—Koreans in both the North and South as well as outside observers—have been suddenly realized, even while the North Korean public and leadership morn for various complex and contradictory reasons. Now the identification of Kim Jong Il with the North Korean system and its deprivations, and the personalization of outsiders’ policies toward the DPRK, are being tested. In coming weeks and months, the need for a more sophisticated approach toward the Kim Jong Un leadership will become obvious, and the demonization of Kim Jong Il will be less relevant.

The Leader and the State

The DPRK system is inhumane and brutal. Anyone who occupies its leadership bears responsibility for the nature of the system. And yet outside powers need to evaluate and engage with the North as a system, the leader at the top and the system in its social, political and economic complexity. The most successful engagements between the DPRK, the US and ROK occurred when both dimensions of the state were acknowledged, and the needs of both were addressed as part of an engagement vision.

Surely the Chinese have paid increasing attention to the needs and stability of the DPRK system over the past decade, even while they worked hard to build trust with the Kim family and the small leadership elite. This preparation has put Chinese leaders in a good position to act quickly as the guardians of stability during this transition, a position that has alarmed some outside observers, as if there were another alternative that would better preserve Chinese interests. During this time ROK and US leaders have distanced themselves from engagement with either the state or leadership in the DPRK, emphasizing instead revulsion for Kim Jong Il and the depredations of the system. As a result, today both have less leverage with North Korea—or with China on these issues—than at any time in years.

Some have suggested that the current moment presents a rare chance for the South Korean leadership to reach out boldly to the North, taking advantage of the change of personalities at the top to set aside today’s roadblocks so that both sides can save face and attempt a new beginning. This is indeed a compelling suggestion, since the current situation provides some of the political cover necessary for weak, conflicted or indecisive governments to take initiatives with North Korea.

Messages in the New Year from the DPRK and the ROK this week demonstrated a degree of prudence that is welcome, as well as indications that perhaps both will continue to tone down acts deemed provocative by the other side. From the North, decisions to avoid the subject of nuclear weapons or criticism of the US suggest no appetite for confrontation at the present time, and perhaps hope that bilateral talks with the ROK and US over food aid and an end to uranium reprocessing will continue. From the South, President Lee’s statement that his government “keeps the window open” for better relations with the new DPRK leadership, and his decision not to mention the attacks of 2010, show a desire for lower tensions as he enters his last year in office. The President appears determined not to waver from his conditional engagement proposals of four years ago, and satisfied that his legacy in handling North-South relations is secure and defensible.

However, the chance to reach out boldly has never receded. The need for South Korean leaders to pursue and capture their nation’s great strategic opportunity—North-South reconciliation, overlapping strategic identities and a positive rebalancing of the region’s power dynamic—has grown only more acute in recent years. Although the conditions have been unpropitious for ten long years, the recipe for success has remained the same. Bold leadership, strategic vision, and political skill are all necessary from South Korea if any new initiatives are to be more than small, tactical, politically expedient and short-lived. In the late 1990s before Kim Dae Jung launched the Sunshine Policy it was possible for US leadership to carry diplomacy forward with the North, even when the ROK resisted. But those days will not return soon, perhaps not for a long time. Now the leadership will have to come from the South.

A return to bold engagement by South Korean leaders would be recognition that, although a decade has passed since the high point of joint US-ROK engagement of the DPRK, and four years have passed since the North-South Summit of 2007, the core strategic interests of the players remain frustratingly—or enduringly—unchanged. The North can claim to have the bomb, but its need to denuclearize and begin its evolution in exchange for security and development remains. The South can play the role of victims of Northern aggression or stern father opposite the North, but its need to find accommodation and recognize common interests with Pyongyang is more urgent than ever. The Chinese can act to ensure stability in North Korea and prevent its sliding into chaos, but their strategic preference for a reforming and developing neighbor to the southeast—over an isolated and nuclear-armed one—is only growing. The US can insist that its interests are confined narrowly to the DPRK nuclear programs, and that political support for the ROK administration is more important then denuclearization, North-South reconciliation or broader US interests in the region, but the need for its sincere engagement and active diplomatic leadership remains essential for progress.

Apart from a surrender or accommodation by the North, the only option for overcoming the loss of trust, built-up animosity, and accumulated tragedy that today defines the North-South relationship is a public move by the stronger party to address the development and security needs of the weaker party as part of a comprehensive vision. Both boldness and transparency ensure a high level of political risk, however. And they require extensive preparation. The administration of Lee Myung Bak has given no indication that it is willing to commit the political capital, let alone the diplomatic resources, to make such a move during its last year in power. Until recently the democratic opposition was still labeled “pro-North” by very senior officials. The National Security Law that restricts speech and travel by ROK citizens has been employed with new abandon. Attempts to rewrite history textbooks from a fearful, anti-communist perspective bring shame to a government only recently celebrated for its democratic evolution.

Indeed, all signs point in the opposite direction. The arrival of a very political, consequential year for South Korea and Northeast Asia in 2012 should not come as a surprise to officials in Seoul. The past four years were spent on other priorities. Signals from the South Korean administration since the death of Kim Jong Il contribute to the sense that—despite four years of extensive “contingency planning”—there is no plan for improving either the strategic position of the ROK or the lives of citizens in the DPRK. The valuable leverage that was built up over ten years of North-South engagement was thrown away in the first months of 2008, and is now unavailable to the administration. The decision to avoid an official ROK expression of condolences—a neutral word connoting sympathy for those who grieve—along with the remarkable degree of control exercised over the travel of ROK citizens to the North, both suggest a depth of insecurity and a lack of trust in democratic institutions that are out of sync with the modern, post-Cold War Korean society.

The Necessity of US Support

Several elements would be required if the ROK were to reverse course. In order to appreciate both the effort necessary to lead on peninsular reconciliation and the limits of that leadership without the support of its US ally, the record of the Roh Moo Hyun administration is a valuable guide. The years between 2003 and 2008 were full of painful trade-offs and limited options for President Roh, despite his active and remarkably sophisticated grasp of peninsular and regional dynamics. He had a clear and practical vision of South Korea’s expanded role and what it would take to realize that ambition.

When—not if—the ROK government makes the choice to re-engage the DPRK on a long-term strategic basis, it should begin with a series of carefully-prepared initiatives. Such moves need not be called “engagement” or “Sunshine” but they will contain exactly the elements put into place from February 1998 to June 2000, because those elements are the logical and realistic necessary conditions for North-South reconciliation. A strategic rationale publically stated and sincerely advocated by a credible political force will be necessary. The arguments and logic are by now well-known, but they must be argued and laid out for the current generation.

The fundamental requirements for such a policy are a ROK President with the political courage to risk setbacks or disappointments following what is likely to be a difficult path; a roadmap that is practical and carefully calibrated to be attractive to all stakeholders, a concerted effort to win domestic political support for such a policy; and a commitment to working with important international stakeholders, not just the United States but also China, Japan, Russia and others. While charting such a roadmap would require a whole separate article, its initial steps could include public statements as well as other measures, such as an end to support for ROK anti-North activities including propaganda balloons, Christmas trees and loud speakers along the border. If the DPRK response is positive, than other steps might be taken, including a unilateral suspension of large-scale and near-border military exercises.

While South Korea should lead, it must also secure the full support, strategic understanding and diplomatic resources that only its US partner can provide. Kim Jong Il held on to an obsession with improving the DPRK-US relationship as the central key to his country’s emergence from poverty and isolation. For logical and practical reasons his son Kim Jong Un may share that obsession. We should hope so, since it provides the greatest useful leverage to any party in dealing with North Korea. Therefore, as a final element of preparation, a significant, sincere and public degree of support from the US administration will be required. The ROK administration may have some heavy lifting to do in order to accomplish this in the aftermath of so much disastrous policy-making in Washington and Seoul, but it is indispensible.

Only when the North Korean leadership group—whoever wields policy authority—is convinced it can strike durable deals with Seoul and Washington will real movement become possible. We are a long way from that today. However, there is every reason for the ROK government to pursue smaller-scale confidence-building measures beginning now. Small payoffs, such as fewer provocations, reduced tension, and expanded activity at the Kaesong Industrial Complex could greatly help the atmosphere.

It is also past time for the ROK government to conduct a serious official study of the new and changing strategic environment. Nothing of this kind has been attempted since the comprehensive strategy of the Kim Dae Jung/Roh Moo Hyun years was specifically rejected in 2008. Such a study could draw inspiration from the CSCAP New Zealand project, “Projecting Our Voice” and the White Paper, “Australia in the Asian Century” commissioned by Prime Minister Gillard, both from this past September.

A bold new approach from Seoul is certainly the most important element in the next attempt at peninsular peace-building. It is not too soon to begin the extensive groundwork necessary to move forward. However, we must learn from the diplomatic and political history of the past two decades in the ROK and US. And we must be realistic about the work that needs to be done, the time that will take, and the cost of our failure to do it right the last time.