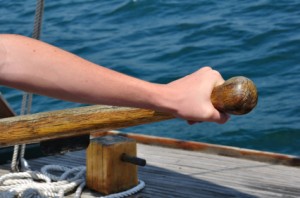 Kim Jong Un added to his formal titles last week, suggesting that the North Korean transfer of power is well underway. There has been no evidence of threat from potential challengers or a popular uprising. Indeed, Kim’s acquisition of more of his late father’s titles during the Korean Workers’ Party (KWP) delegates’ convention and Supreme People’s Assembly makes it even more challenging for a potential usurper to steal power, as it would go against the formal system of government and Kim Jong Il’s final directions.

The likelihood of a sustained regime and, therefore, stability is greater now than had Kim Jong Il died after suffering a massive stroke in August 2008. Behind the curtain, however, North Korea is being ruled by some form of collective leadership, though the extent of Kim Jong Un’s reliance on others for his power remains unknown.

In a uniquely North Korean political twist, Kim Jong Il joins his father in remaining in power, despite the inconvenience of his death, as “dictator-for-life…and beyond.” With Kim Jong Il as eternal Secretary General of the KWP and eternal Chairman of the National Defense Commission and Kim Il Sung as eternal president, North Korea has become the world’s first necro-ocracy, defined as “a nation ruled by dead guys.”

Yet despite what seems to be a smooth transition of power, sudden leadership change, with its attendant stability risks, still remains a real possibility. The North Korean ship has never had such an inexperienced hand on the tiller—a daunting prospect as it attempts to sail through the treacherous waters of economic failure and international isolation. Even an initially efficacious succession could quickly deteriorate into a power struggle, with fissures among the senior leadership rising over time.

The seeds for coup or collapse may already be present. Given the nature of the information black hole that is North Korea, little is known of what political wrangling might be occurring behind the scenes. It is likely that if something like this were to take place, even the United States intelligence community would have difficulty predicting or identifying what was really going on or who the main actors would be. Washington—in conjunction with its allies—should therefore establish contingency plans to facilitate rapid and effective responses to a variety of sudden change scenarios in North Korea.

Although regime instability poses risks, even a stable North Korea can act in destabilizing ways—a fact underlined by Pyongyang’s recent attempt to launch a long-range missile in clear violation of UN resolutions. Despite naïve hopes that Kim Jong Un’s brief tenure as a student in Switzerland would make him more amenable to economic reform and a more moderate foreign policy, all indications thus far are that the new leader will continue North Korea’s old policies.

The National Defense Commission underscored this point in a message delivered by state television KRT in December 2011, stating, “We solemnly declare to the world’s foolish politicians, including the puppets in South Korea, that they should not expect any changes from us.” North Korea’s 2012 New Year’s Joint Editorial echoed this sentiment, declaring that the regime would “make no slightest vacillation and concession in implementing the instructions and policies [of Kim Jong Il].”

Despite its change in leadership, Pyongyang remains determined to improve its nuclear and missile capabilities while maintaining its belligerent foreign policy. Whether ruled by Kim Jong Un, another viable despot, or a collective leadership, North Korea’s current policies—aggression abroad and repression at home—will continue. Consequently, Pyongyang will continue to be a multifaceted strategic threat to the United States and its Asia–Pacific allies.