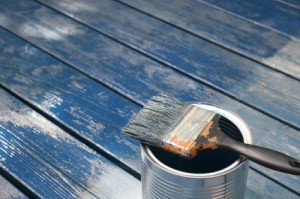 There is a regular posse of US policymakers and pundits who, when it comes to dealing with North Korea, like to say that Washington should not “buy the same horse twice.” Sooner or later, when something goes wrong—and it usually does—they end up galloping off on their own steeds—the Three Horses of the Apocalypse: Hysteria, Hyperbole, and Hyperventilation. However, in what seems to be a short reprieve, this may be a good moment to take a deep analytical breath before things start going to hell again, which they inevitably will, and take a look around.

As a general rule, following an unremarkable leadership transition is pretty much the same as watching paint dry on a summer afternoon. So far, to the chagrin and surprise of a number of observers who apparently expected a different outcome, the paint on the North Korean succession looks fine. Last week, the Korean Workers’ Party (KWP) held another party conference, and with it, the new regime under Kim Jong Un (now KWP First Secretary and First Chairman of the National Defense Commission) has been fleshed out. As of April 15, we have what looks to be the new leadership ranking order. Alas, nothing on the personnel front really catches the eye. The trends set in place (and the decisions foreordained) by Kim Jong Il remain on track. The most one can say is that the KWP leadership structure, after a hiatus of nearly 18 years, appears to be back at full complement.

Word of Caution. A topped off Politburo list provides significant grist for analytical mills. Beware! For the last 60 years—more or less since Kim Il Sung firmly established his dominance over the North Korean system—it has not been wise to overanalyze leadership rankings. Of course, analysts do it anyway even while knowing there is always an inner core of advisors, a group which may or may not correspond to who is listed where in the rankings. Ultimately and apart from lists, much depends on the personality of the man on top, and as of yet, we seem not to know very much about what makes Kim Jong Un tick, much less who has his ear. Will he call people into his office one at a time, like his father; will he ask for the opinion of the Political Bureau, like his grandfather; or will he find another mode of getting advice and receiving reports? If so, I pray it is not twitter.

Perhaps the one exception to the ho-hum personnel developments is the rise of Choe Ryong Hae, who ever since the third party conference in September 2010, has appeared to be on his way up. The son of Choe Hyon—a veteran of the anti-Japanese guerrilla struggle and close associate of Kim Il Sung—Choe Ryong Hae was head of the Socialist Youth League until he was removed in 1998, possibly for financial malfeasance (he had a lot of money that couldn’t be explained.) Instead of being shot, he was sent “down” for reeducation, spent a few years in the Pyongyang Water and Sewer Department, and emerged in 2003 as vice director of a central committee department. In 2006, he became chief secretary of North Hwanghae Province. In September 2010, he was one of several provincial party chief secretaries moved into the central leadership, though his case was special. In a series of moves meant almost certainly to position him to support Kim Jong Un’s succession, Choe not only became an alternate Political Committee member and party secretary, he also was made a four-star general and a member of the KWP Central Military Committee. Earlier this month, he was bumped up again, appointed vice marshal and head of the army’s General Political Department as well as a member of the Presidium of the Political Bureau. At this point, he seems to occupy the same key position in the leadership as did Jo Myong Rok, who as Kim Jong Il’s ‘# 2’ visited Washington and met with President Bill Clinton in October 2000, the difference being that Jo Myong Rok was a career military officer while Choe Ryong Hae has had virtually no military experience. While we’re on the military, it’s worth noting that both the head of the army’s General Political Department and also the army chief of staff rank ahead of the defense minister in the Political Committee listings. This is not the normal state of affairs in North Korea. Whether it means the post of defense minister has been downgraded or just that the current occupant is not cut from the right cloth we’ll have to ponder.

Overall, the military/security sector is well represented on the Political Committee, not terribly out of line with the norm. What is slightly unusual is that both the State Security Department (SSD) and the Ministry of People’s Security (MPS) have maintained the increased visibility they’ve taken on since 2009, when the heads of both organizations were appointed to the National Defense Commission. Admittedly, for the past year, the MPS seemed to be in the doghouse—the minister was off the Politburo from April 2011to April 2012—but apparently the problem has been fixed and the position again has Political Committee status. As for the SSD, it finally has a minister in charge—General Kim Won Hong, who previously served as head of the Defense Ministry’s Security Command. I say ‘finally,’ because the slot has either been vacant or held by Kim Jong Il since 1987. General Kim has appeared regularly with Kim Jong Un since the beginning of the year, whether because he was already acting SSD or was clearly slotted for the job there is no way for us mortals on the outside to know.

Kim Jong Un. Overall, it wasn’t a bad week for Kim Jong Un. I don’t know if he was embarrassed by the satellite launch failure. The young do not embarrass so easily, and we might have taken it more seriously than he did. In any case, Kim—or a very wise advisor—quickly cut the North’s losses by admitting the failure in a rather “Houston, we have a problem” vein. The scientists would look into what went wrong, we were told. Nor was this said sotto voce. The regime broke into domestic programming at the prime noon hour to make the announcement. If anyone is in trouble, it might not be the scientists who worked on the project but whoever assured Kim that there was no way the launch would fail. So far, there are no heads rolling around, not that we can see at least, but this may have been a learning experience for the young ruler. Advisors are fine, but don’t believe everything they tell you.

Kim is likely pleased that Hu Jintao sent a message congratulating him on taking the party’s top post. Put under a microscope, the message looks a fraction less warm than one sent to Kim Jong Il in September 2010, but under the circumstances, it did the job nicely of signaling Chinese backing. It also may have softened (as probably intended) China’s support a few days later of the UN Security Council’s statement condemning the North’s rocket launch.

If there was any real news, it’s inside Kim Jong Un’s maiden speech, delivered at the military parade on April 15. Given the massive display of military equipment, the tone of Kim’s speech was quite measured. There was no chest beating, no threats, no anti-US or anti-ROK rhetoric. On unification, Kim spoke of following a “responsible and patient” approach, seemingly laying the foundation for reengaging with the ROK after the new administration comes to power next year. Despite his call for continued attention to military strength, he made a point of emphasizing the army’s role in economic construction and, rather than call for more sacrifice from the population, expressed the party’s determination not to make people “tighten their belts again.” That is worth watching as it plays out over the next year to see if it revives the discussion (people hate it when I say “debate”) that played out in North Korean media from 2002-05 following Kim Jong Il’s promulgating new economic policies in July 2002.