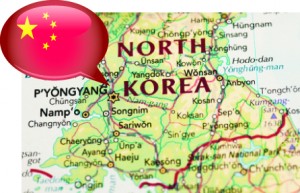 Chinese experts are historically divided on their opinions regarding North Korea’s nuclear program. Most notably, after the DPRK’s second test in 2009, the Chinese state-run newspaper Global Times surveyed 20 North Korea experts in China and found 10 supported harsher sanctions while 10 opposed harsher sanctions.[1] However, there is now a general consensus that the current political climate and North Korea’s internal problems suggest the DPRK will wait to conduct a third nuclear test, if it ever does.

Peking University Professor Zhu Feng believes that North Korea will not test because they are “weaker than before, know China will be very upset and Kim Jong-un wants to focus on domestic issues.” Renmin University Professor Shi Yinhong stated that even though North Korea is volatile, the test is less necessary the longer they wait. Nevertheless, he added that “they love the bombs” so the North will test eventually. A former Chinese Ministry of Foreign Affairs official noted that since North Korea’s nuclear weapon design has yet to be perfected, the North must keep testing or else their efforts will have been for nothing. Thus, this former official stated that a future test is an issue of timing, not an issue of desire, but this year’s political climate isn’t favorable for a nuclear test.

An expert in northeast China explained that there is no reason for the North to conduct a test soon. There are many reasons for the delay in testing, though the primary reasons include the North’s desire to preserve positive relations with China before Kim Jong Un’s presumed first visit to China as well as a desire to avoid further deterioration in relations with South Korea and the United States. Kim Jong Il conducted the DPRK’s second test in 2009 because he was unconcerned with China’s criticism, but Kim Jong Un may be more sensitive to Chinese opinion in his calculus for a third test. He also added that while the evidence of preparations for the test is undoubtedly true, North Korea also knows when the U.S. satellites are passing overhead and prepares accordingly.

In a recent commentary published in the Global Times, Professor Zhang Liangui of the Central Party School said the main reason North Korea started preparations for a third nuclear test in April only to stop in June was domestic politics. He stated that this reflected discord amongst senior leaders also evident in the disconnect between the “Leap Day Agreement” and the April 12th failed satellite launch.[2] This echoes Professor Shi’s additional comments that the policies of Kim Jong Un’s government appear to have changed after the satellite launch.

Professor Cui Zhiying, dean of the Center for Korean Peninsula Studies at Tongji University in Shanghai, highlighted cost as the mitigating factor for a third test. In an interview with the Global Times, he said, “The rocket launch has already cost the [DPRK] roughly $850 million, enough to buy 2.5 million tons of corn, does it have enough money to carry out another nuclear test? I seriously doubt it.”[3]

However, not all commentators agree the North will wait to test. One well-known Chinese military officer stated that he believed the North would test because it is their “sovereign right.”

Interviewees were more indecisive regarding China’s possible response to a third test. The expert from northeast China indicated China-DPRK relations would plummet to levels worse than those immediately after the 2009 test. However, despite the fact that “denuclearization is the bottom-line of China’s North Korea policy,” the expert was uncertain if China would support a new round of sanctions. Instead, China would continue to apply pressure on North Korea. Professor Zhu added that a third nuclear test would not be enough to force China to fundamentally reconsider its policy of support for the DPRK.

Professor Cui suggested that China would support new sanctions on the North. In earlier public comments on the potential international reaction to a third nuclear test, Professor Cui said the consequences of the test would be “extremely bad” and it would be difficult for North Korea to avoid another round of sanctions.[4] In July, he repeated his doubt that the North would conduct another test soon, citing the DPRK’s own pronouncements. He concluded that “if North Korea wants to conduct a third nuclear test, they need to consider the vehement response from the international community, including China, as China will also strongly oppose North Korea conducting another nuclear test.”[5]

Chinese experts expressed little faith in the Chinese government’s ability to stop the North from conducting a third test. Professor Shi divided Chinese influence over the DPRK into “objective” and “subjective” influences—objectively, China wields great leverage over the North, but subjectively, Beijing is unwilling to exert this influence. Regardless, he was doubtful that even China’s fullest efforts could force North Korea to abandon its nuclear program. Other interviewees claimed China has not used its influence effectively, possibly because Beijing is afraid that exerting its influence will only serve to damage relations with the North and undermine Chinese interests.

The Chinese media has been circumspect in discussions of China’s possible response, but one article did reference possible Chinese pressure on the North against a third test. In early August, state-run Xinhua carried Japanese media reports that Beijing had made Kim Jong Un’s first visit to China conditioned on Pyongyang’s promise not to conduct a third test.[6] The reporting indicated that China made strenuous efforts to obtain Pyongyang’s pledge to avoid a test, but the DPRK has resisted such a pledge and still hopes to accomplish the dual objectives of a third nuclear test and Kim’s first visit to China.

Chinese media coverage of the ongoing nuclear issue has recently relied predominately on foreign media sources. In May, Caixin magazine followed South Korean media coverage claiming the North would test eventually because of its plentiful uranium resources and the support of 3,000 nuclear scientists for a future test. [7] The next day, the Global Times quickly added that a South Korean expert stated the North still has enough uranium to conduct four more nuclear tests.[8] In July, the Global Times picked up South Korean media predictions that the North might use its claims of a planned US-ROK attack on the new bronze statue of Kim Jong Il at Pyongyang’s Mansudae Grand Monument as a pretext for a third nuclear test.[9]

Indicative of this media malaise in recent months, the Chinese internet portal Sina created a webpage dedicated to the possibility of a third nuclear test following the failed satellite launch, but has not substantially updated the page since North Korea proclaimed itself a “nuclear power” in their revised constitution in late May.[10] Nevertheless, the page provides a comprehensive presentation of multiple aspects of the North Korean nuclear program, including a detailed history of the North’s nuclear ambitions, detailed satellite imagery with corresponding explanations of the North’s nuclear infrastructure and international reactions to the evolving story.

Thus, it appears the Chinese attention span for a third nuclear test is waning as scholars increasingly cast doubt over the prospects for a test in the foreseeable future.

Nathan Beauchamp-Mustafaga is currently a master’s student at the London School of Economics and Political Science and Peking University on a dual-degree program in International Affairs. He is currently interning at the Stockholm International Peace Research Institute.