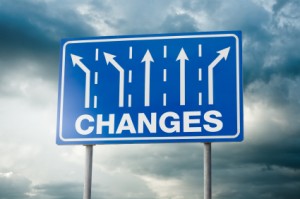 A recent New York Times article on change in North Korea under Kim Jong Un emphasized a lack of progress for the majority. The facts cited in the article were most likely true, with the usual caveat concerning any information about that country. Many important observations were also made, such as spiking prices, the emergence of speculators, growing disappointment, efforts by the government to earn hard currency, bribery, disgust over inequality, and an increasingly realistic self-assessment (“I thought our country lived well,” she said, “but I was mistaken.”). But when it comes to interpreting these observations, we should be careful and avoid being one-sided.

To begin with, I find it hypocritical to imply that Kim Jong Un even theoretically had the chance to significantly improve the lives of a large number of his people within just ten months, and after having inherited such a big mess. In fact, it is quite surprising that he has been able to do anything at all. Most experts expected that he would be busy consolidating his power for at least a year or more; some even wondered whether he would remain in charge at all.

Furthermore, I find it difficult to understand why anybody would assume that with severely limited resources, Kim Jong Un would try to benefit everybody equally and simultaneously. Think about Deng Xiaoping’s “two speeds.” Faced with limited funds, politicians everywhere turn to their own constituencies first; I would have no difficulty coming up with a few examples from our Western democracies. To be sure, this is not fair; even less so in a country where the physical survival of the less favored groups is at stake. But my point is that this kind of asymmetrical attention is neither surprising, nor is it unique. Is self-righteousness justified here?

I also find it questionable that a leading newspaper in a liberal democracy that has millions of opponents to universal healthcare seems to imply that elsewhere, reforms towards a market economy will and should benefit everybody equally. One does not need to be a Nobel laureate to understand that market-oriented reforms of a hitherto egalitarian society lead to inequality. I don’t even want to start talking about the levels of disparity in Western countries—the US would be rather high up on that list—but even here in highly egalitarian Austria we have the rich, the middle class, and the poor. Of course the level of poverty is not even remotely comparable, but criticizing inequality in North Korea per se is a weak argument.

In fact, as odd as it may sound: shouldn’t we regard growing inequality in North Korea as a sign of progress in reform? The country needs to get out of its low-level equilibrium trap, and speeds in doing so will differ. A growing income and welfare gap between individuals indicates that the economy is on the move. The same is true for rising prices. Not only do the prices in the DPRK explode regularly, they actually swing up and down. And the allegedly socialist government lets that happen!

The extent of price variations is massive, and the resulting insecurity especially among the weaker parts of society is enormous. In addition to the political fallout of such events, shouldn’t we note that this is already proof of change towards economic liberalization? For decades, prices in North Korea were carved in stone, precisely because the leadership was afraid of inflation and price instability. This has obviously been given up, allowing producers to benefit at the expense of consumers. Doing so in a seller’s market is dangerous and causes inflation. But it is a necessary step if prices are supposed to reflect scarcity levels and to provide incentives to producers to increase their output.

The negative voices cited in the New York Times article in many ways add to my optimism about development in the DPRK. These people have gone abroad legally. More North Koreans are thus able to see what the outside world looks like, will compare this to what they have at home, and draw their own conclusions. Secondly, these people are ready to talk, even with Western journalists. This, in combination with the fact that they are Christians and expressive about it, would in past years have made the whole interview a bit suspicious. But provided these people and their stories are real, this lack of (or at least lessened) fear is another hopeful sign. Third, the very fact that people are unhappy, feel left behind, and are speaking up against their leadership is remarkable. The changes that started after Kim Jong Il took power in 1994 have slowly but steadily eroded the stability of a society where many people were poor, but equally so, silent, and without much of hope for an alternative.

Finally, the interviewees in the New York Times article make it very clear that the North Koreans have high expectations of the new leader. This is as much as we could possibly expect so far, and it corresponds with my own observations during two trips to the DPRK this year in April and September, compared to the many visits I have made to the country since 1991. With his verbal and non-verbal announcements, Kim Jong Un has created high expectations. This will now force him to act.

Nobody knows whether Kim Jong Un wants to reform North Korea. But do his intentions matter? Having created the above mentioned facts, he will reform, because he has to improve the living conditions of his people to maintain his legitimacy. He will be careful not to annoy the top and lower ranking elite who form the basis for his power and could constitute the biggest threat to him. He will follow a policy of unbalanced growth as his resources are limited, meaning that certain groups in society, the major cities, and key industries will benefit first. Kim Jong Un will reach out to the world market to increase income from trade and reduce his dependency on China. While doing all that, he will try to avoid a major disruption, knowing that to the south and across the Pacific there are economic, political, and military giants who would be ready to exploit any weakness on his side. He knows that the Chinese were able to do that trick, i.e. to reform their economy gradually without instantly losing political power. He also knows that the East Europeans failed miserably in a similar endeavor. More recently, he will have drawn his conclusions from developments in northern Africa and the Near/Middle East.

Serious concerns remain: the nuclear program, massive human rights violations and starvation. Many North Koreans can only dream about the increasingly luxurious life in Pyongyang, which so far remains the exception and in many regards a facade, even though some improvements seem to be trickling down. In particular, the remote areas to the north and northeast, and even the breadbasket regions south of the capital, according to the World Food Program, suffer from serious shortages of essential goods. All this and more is true and should be repeated on every occasion. But it is not the full story. We need a more balanced assessment of the situation that goes beyond listing the many obvious deficiencies and inequalities. Trying to belittle positive developments and focusing on the weaknesses of North Korea is not an objective assessment either. It will not improve our understanding of that country, and it will not benefit its people.