“If our intelligence systems and all our other channels of information failed to produce an accurate image of Japanese intentions and capabilities, it was not for want of the relevant materials. Never before have we had so complete an intelligence picture of the enemy.” ~ Roberta Wohlstetter, Pearl Harbor: Warning and Decision 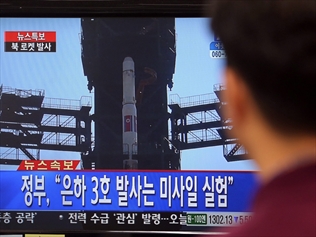 These words from Professor Wohlstetter’s classic study of the tragedy of Pearl Harbor describe our feelings here at 38 North in the wake of the article published yesterday just before the North Korean rocket launch. You may have noticed that our piece predicted that, given Pyongyang’s announcement that it had a problem with its rocket, it would take at least until December 21 to fix the problem. Obviously that prediction turned out to be wrong.

The fact is we did have enough information to hypothesize that the North could actually launch its rocket very quickly. Contrary to South Korean press reports, including one yesterday morning in Yonhap news that said the rocket had already been removed from the pad, our analysis showed, in fact, that it had not been removed. Looking at the entire Sohae facility, including the instrumentation and observation sites and even the VIP hotel, we concluded that all necessary preparations had been made for a launch. We even spotted new instrumentation near the pad that seemed intended to observe the first stage of the rocket that had helped cause the failure of last April’s launch. In short, leaving aside Pyongyang’s announcement that it had technical problems and that the launch window had been extended, we could have easily concluded that the rocket could be launched at any moment.

But unfortunately, we fell into a trap cited by Professor Wohlstetter, “the very human tendency to pay attention to signals that support current expectations about enemy behavior.” We looked at all this information through the prism of the North’s announcement that it was having technical problems and then thought about how those problems might affect a launch. Our mistake was to conclude that fixing the difficulty with the first stage would require its return to the missile assembly plant. Since it was clear from the photos that hadn’t happened yet, we assumed it would still have to happen and then projected how long those repairs might take.

We will, of course, never know what really happened. Some people would argue that the North’s announcement of a delay was part of some disinformation campaign. We have no idea why they would want to wage such an effort. Another possibility is that they discovered that the repair could, in fact, be done at the pad without moving the first stage back to the assembly building. Either way, the North was able to fire the rocket off quickly, fooling not only us, but evidently also various intelligence agencies with access to reams of secret information, certainly much more than our two satellite images.

So the lesson for us as we move forward with more satellite imagery analysis over the coming weeks and months is to explore alternatives, to ponder whether what we are looking at can fit other explanations and, most of all, to be even more careful about our assumptions.