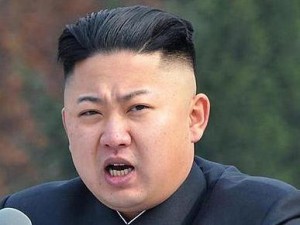 It’s now almost impossible to imagine North Korea without a barrage of bellicose rhetoric mainly consisting of die-hard nuclear threats. Over the past few weeks, we have been inundated with shrill terms such as zooktang (sledge-hammer blows), beolcho (killing people like cutting the weeds at the ancestor’s graves), “venomous swish of skirt,” and “thermo-nuclear war.” The communist regime’s harsh words still dominate South Korean media and political debates, leading people to worry that they could lead to a confrontation on the Korean peninsula that has been simmering for some time.

Recognizing this situation as an unprecedented national crisis and her first political challenge, South Korean President Park Geun-hye will visit Washington on May 6-8, 2013, for her first summit with US President Barack Obama. It is generally agreed that the two leaders will discuss how to rein in an increasingly hostile North Korea among other issues critical to US-ROK relations such as the Korea-US Free Trade Agreement (KORUS FTA) and maintaining peace in Northeast Asia.[1] The US visit will be President Park’s first overseas trip since taking office in February and symbolically demonstrates the significance of the ROK-US alliance.

Shortly after the announcement of the upcoming summit, North Korea’s National Defense Commission (NDC) and the Committee for the Peaceful Reunification of Korea asserted on April 18 that South Korea and the US should immediately halt all hostile actions and further provocations if they want to engage in dialogue and defuse tensions on the peninsula.[2] And while the ROK’s Unification Minister Ryoo Kihl-jae has in the past called for dialogue with the North to terminate gridlock, he dismissed the latest warning from the North as “irresponsible” and “hackneyed.” The ministry’s shift in tone is seemingly reflective of President Park’s firmness in her policy toward the rival country.

At the same time, Seoul and Washington see the necessity of trying to walk the young North Korean leader, Kim Jong Un, back from the brink. President Park has reportedly said, “We have a lot of issues, including the Kaesong Industrial Complex. So should we not meet with them and ask, ‘Just what are you trying to do?’”[3] Similarly, US Secretary of State John Kerry underscored on April 12 in Seoul that the US was open to negotiations with North Korea if it committed itself to eventual denuclearization. Prior to this, the US had rescheduled an intercontinental ballistic missile test of its own scheduled for mid-April to May, in an effort to avoid any misperception or chance of manipulation from the North. Kerry also said on April 14 in Japan, that “before talks could begin, North Korea needed to take tangible steps to demonstrate that it was serious about denuclearization.”[4] Unfortunately, given South Korea’s dismissal of North Korea’s recent announcement and the US’ conditional rhetoric, the two allies are unlikely to rush to bring North Korea back into talks to defuse tensions on the peninsula.

However, it does raise the question: Are we witnessing a gradual shift in the foreign policies of South Korea and the US, giving the North Korean leader, Kim Jong Un, some sort of off-ramp while saving face? Or is it safe to say that North Korea has decided to launch a full-scale war against South Korea and the US in one way or another to save face, rather than live by bluffing? In either case, what’s certain is that time horizons, short or long, are functioning as key drivers of action in inter-Korean relations, as if the two rivals are exploring how they would actually make tradeoffs.

For the great majority of North Korea experts, the prospects for a dramatic change in the inter-Korean relationship appear dim,[5] especially now that the North Korean regime has declared that its nuclear capability is regarded as the nation’s “life” and would never be abandoned. In truth, Park’s administration feels no need to redouble its efforts to engage the highly militarized North. Dispatching a special envoy is not on the table at all in consideration of her national security aides—not only because many were previously military generals but also because of the politically conservative domestic atmosphere. Certainly, any chance for a diplomatic resolution of the high tensions caused by the North’s nuclear program has receded for the foreseeable future. Furthermore, armed conflict with the Stalinist regime is always possible. If a reminder were needed of that reality, the tragic sinking of the South Korean naval corvette, the Cheonan, on March 2010 and North Korea’s shelling of Yeonpyeong Island in November 2010 provide telling examples. South Koreans seem to be getting both nervous and impatient with the steady progression of North Korea’s nuclear advancement.

Nevertheless, there are some important variables that could bring about a dramatic rapprochement in inter-Korean affairs. First, sensing intuitively that the current situation remains under control, more policymakers now feel compelled to open a path to a dialogue through so-called back channels. They judge wisely that diplomacy backed by force is more effective than force with no diplomacy.

Second, it is fortunate that no countries, including the US, have moved to internationalize the North’s bellicose rhetoric. Washington takes it with a big grain of salt, albeit it is not clear whether South Korea, China, Japan and Russia, member states of the dormant Six Party Talks, share this view.

Third, if North Korea moves in the right direction, the Park government has good reasons to make a deal with Pyongyang. The recognition that South Korea’s hoary policies toward North Korea will not satisfy a nuclear-armed Pyongyang does not mean that there is nothing the conservative Park government can do to reduce the danger on the peninsula. On the contrary, with the majority of the global market closed to the isolated North Korea, there are a number of mutually worthwhile projects South Korea could initiate to help build inter-Korean economic cooperation and improve North-South relations.

In May 2002, for example, Ms. Park (then National Assemblywoman) met the North Korean leader Kim Jong Il in Pyongyang, where they discussed a range of issues, including the Trans-Siberian and Trans-China rail lines. As a pragmatist and deal maker who understands the political and economic value of inter-Korean negotiations, she believes that once the two Koreas are able to overcome confrontational relations, the peninsula will likely emerge as a hub of cooperation and mutual prosperity. This has clear implications for pundits concerned with inter-Korean diplomacy and crisis bargaining.

In electing Ms. Park, South Koreans voted for stability and peace on the peninsula. They are tired of North Korea’s endless threats, although so far, the election of President Park has not instilled confidence that the country is safer, especially from small-scale conflicts.[6] To this end, the question of whether the quest for a breakthrough with North Korea should be the first diplomatic priority for Park’s term is a no-brainer.

President Park understands that her ambitious mission will be difficult without cooperation from the United States, in part because Washington’s relationship with China, South Korea’s strategic partner, could help strengthen a more positive inter-Korean relationship and vice versa. In this light, the Obama administration’s continued strategic patience with North Korea on denuclearization will be unhelpful in the long run. This first summit between Presidents Park and Obama should be the venue for finding a new path toward a nuclear-free Korea, while discussing how to cajole China to press for change in North Korea. In addition, since pressure alone is not going to stop North Korea’s nuclear program, the two leaders need to talk about how to respond in the event that Pyongyang comes seriously to the table.

Today there are real risks of inappropriate action but it is certain that coercive bombing is by no means enough to stabilize the peninsula’s shaky security architecture. Even if people believe that attacks from the North appear extremely unlikely for the time being, the magnitude of a small-scale crisis on the peninsula could trigger a full-scale war. We saw this happen in August 1914 when inter-state conflict was ignited, sparking the First World War. Getting the peace regime in order will require significant and tangible resources and strategic cooperation from the international community. To this end, let’s hope that the upcoming US-ROK presidential summit will be successful, and that in the process of meeting, Seoul and Washington learn to deal with the rash young leader as he is, not as they may wish him to be.

[1] For a listing of some of the priority items, see: “Statement by the Press Secretary on the Visit of President Park of the Republic of Korea to the White House,” The White House, April 15, 2013, http://www.whitehouse.gov/the-press-office/2013/04/15/statement-press-secretary-visit-president-park-republic-korea-white-hous; and “President Park to visit U.S. for summit with Obama in May,” Cheong Wa Dae, April 18, 2013, http://english.president.go.kr/pre_activity/latest/latest_view.php?uno=7758&board_no=E02&search_key=&search_value=&search_cate_code=&cur_page_no=1.