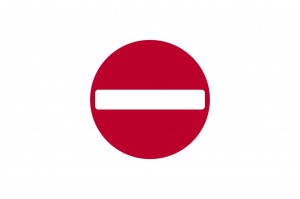 On February 12 2013, North Korea conducted an underground nuclear test. In response, the United Nation’s Security Council unanimously passed Resolution 2094 and imposed additional economic and financial sanctions against Pyongyang. Still, North Korea remains defiant as ever as events of the past few weeks have shown. As the international community grapples for ways to de-escalate the current tension on the Korean peninsula, Japan is reminded yet again how little influence it has on efforts to address security concerns posed by North Korea.

When Shinzo Abe earned a second chance to govern Japan as prime minister in December 2012, his return was received with anxiety in Beijing, Seoul and even Washington. Focused on Abe’s conservative views and his perspective on Japan’s wartime past, pessimists were concerned that the new government might make policy decisions that would aggravate Japan’s relations with China and South Korea. Optimists who focused more on Abe’s pro-US stance were encouraged that consultation between Washington and Tokyo under the new prime minister would improve. Whether one has a pessimistic or optimistic foreign policy outlook, one thing was clear from the very beginning: Abe’s return would likely shift the government’s focus back to Japan-DPRK relations.

In three years of rule by the Democratic Party of Japan (DPJ), there was little development in that relationship. On every issue, from how Japan would re-vitalize its attempt to carve out a role in the Six Party Talks to addressing bilateral issues with Pyongyang, there were few indications that the DPJ was thinking through its policy. There was also little engagement between Tokyo and Pyongyang, although the Noda government finally began bilateral talks with the North in August 2012. By then, however, it was “too little, too late” to lead to anything meaningful.

While none of the DPJ government leaders—Hatoyama, Kan or Noda—were known for their interest in North Korean issues, Shinzo Abe’s personal stake is very clear. After all, he became a national political figure because of his commitment to the “abduction issue” as the Deputy Chief Cabinet Secretary for then Prime Minister Koizumi. What is also known is Abe’s strong interest in making Japan’s defense capability more robust. He has already made clear that he intends to address legal obstacles that restrict the activities of the Japan Self-Defense Force (JSDF), to increase Japan’s defense budget—reversing a trend that has been ongoing for more than a decade—and to stress alliance cooperation with the United States to buttress Japan’s security. This does not mean that Abe intends to make Japan into a country with aggressive intentions. It does mean, however, that he intends to send a message that his Japan will not be threatened by anyone, including its neighbors.

Since his inauguration, Prime Minister Abe has already demonstrated that his government will take a tough stance vis-à-vis North Korea. First and foremost, the abduction issue remains a high priority. On January 25, 2013, Abe convened the first government-wide meeting on that issue and appointed a longtime political ally Keiji Furuya, who shares his strong interest, to be the cabinet minister in charge. Also, in Abe’s first policy address to the Diet in January, he identified “resolution of the abduction issue” as one of the government’s foreign policy priorities. He even mentioned the issue in a speech during a visit to Washington in February, stressing that his government would not lift sanctions against North Korea, and stating that “unless they give up on developing a nuclear arsenal, missile technologies, and release all the Japanese citizens they abducted, my government will give them no reward.”[1] Moreover, working with the European Union (EU) and others who have concerns for human rights violations in North Korea, Japan was instrumental in establishing a committee of inquiry in the United Nations.

Crafting an effective response to North Korea, however, is a serious foreign policy challenge for Abe. First, Japan lacks leverage vis-à-vis Pyongyang. Tokyo has already imposed international as well as unilateral sanctions, enacting in 2006 a blanket import ban on all goods in response to North Korea’s first nuclear test that was expanded to a complete trade embargo in 2009 when Pyongyang conducted its second test. In response to the February 2013 nuclear test, Japan introduced additional sanctions, placing stringent restrictions on travel by North Koreans and their sympathizers between the two countries. This combination of multilateral and unilateral sanctions has completely stopped trade between Japan and North Korea, including financial flows from Pyongyang’s sympathizers in Japan. As a result, Tokyo has very little economic leverage left to use against its neighbor.

On measures to bolster Japan’s own security, there is not much more Abe can do under the current legal framework. To be sure, he has indicated an interest in bolstering Japan’s defense capabilities, including acquiring preventive strike capabilities that could be used against North Korea. However, that mission will first require an amendment to the existing law, which is very time-consuming and also fiscally unrealistic, at least for the short-term. Finally, acquiring a preventive strike capability would be diplomatically problematic since it would probably complicate Japan’s already tenuous relations with South Korea and China.

While there are a host of other political, economic and social constraints, given the renewed “nuclear allergy” among the Japanese public after the Fukushima nuclear accident in March 2011, pursuing an independent nuclear capability is also completely out of the question. Popular sentiment is unlikely to change even if Pyongyang continues down the path towards building a larger more sophisticated WMD arsenal by producing highly-enriched uranium (HEU). Although Pyongyang’s provocations continue, North Korea gaining the capability to put nuclear warheads on missiles is still seen as such an extreme scenario that it is simply unfathomable for most Japanese including its leaders. For the time being, therefore, continuing to invest in ballistic missile defense, further strengthening defense cooperation with the United States and trying to improve US-Japan-ROK trilateral security cooperation are the only realistic military measures that Abe’s government can take.

Limited in its ability to influence North Korean behavior either through sanctions or military means, the only viable tool Japan has is its diplomacy. But the government is also handicapped here. If Japan attempts to play a meaningful diplomatic role in responding to North Korea’s provocations, Abe will have to find a way around the abduction issue that hamstrings Japan’s policy options. This requires him to tread carefully between demonstrating his commitment to see the abduction issue through to its satisfactory resolution (Abe himself must define what that looks like) while opening the possibility of a more flexible approach to North Korea in case Pyongyang’s behavior improves. Establishing the benchmarks for Japan to loosen sanctions against North Korea, while politically difficult in the current situation, might be a good practical first step in that direction; although pursuing this path is still likely to be politically difficult. Being unable to do so will leave Japan marginalized in the efforts to denuclearize North Korea.

A bigger and—with North Korea abrogating the armistice—a more urgent question for Japan is what it will do if the diplomacy with North Korea never revives. Will Japan reach a point where it will no longer be satisfied with the reassurances from the United States on the effectiveness of its extended deterrence? Will Japan begin to explore its own options? If it does, will the circumstance be so significant that an independent nuclear option—unthinkable in the short-term—will become an option?

The most decisive factor that will affect Japan’s course is the state of the US-Japan alliance, particularly the level of confidence between Tokyo and Washington. The more confident Japan feels about its alliance relationship with the United States, the more likely it is for Tokyo to be reassured by the US commitment to its defense. A Japan that has confidence in US extended deterrence will likely be restrained in its response to a North Korean threat, continue to focus its efforts in investing in ballistic missile defense and on deepening its defense ties with the US. However, if Japan’s confidence with Washington should falter, it will likely drive Tokyo to buttress its indigenous defense capability without considering the potential destabilizing impact such measures may have on the East Asia security environment.

For instance, although legally, diplomatically and fiscally unfeasible in the short-term, acquiring a limited capability for preemptive attack is the most probable step Japan would take in the medium-term as an effort to strengthen its defense capability against Pyongyang’s growing missile threat. The term “point-of-origination attack capability” (sakugen-chi kogeki), referring to the capability to attack North Korea’s missile launch sites, was already introduced in Japanese debate when North Korea conducted its first nuclear test. Whether Japan should acquire such a capability is likely to be seriously considered as Japan sets out to revise its National Defense Program Guidelines (NDPG)—its mid-term defense program document.

When North Korea’s provocation began earlier in the year, Prime Minister Abe signaled that, while it will take steps to carefully increase its defenses, he will pursue dialogue with North Korea as well. But now that Pyongyang has ramped up its belligerent rhetoric and poses to test another missile, the Abe administration’s interest in exploring the opening for dialogue seems all but disappeared. During his meeting with Secretary of State John Kerry on April 15, Abe reportedly shared his pessimism for North Korea honoring any international agreement. While Washington can take all necessary steps to maintain a high degree of confidence in the US-Japan alliance, if the dead end of diplomatic efforts is reached, ensuring that Tokyo’s response remains measured and avoiding an arms race in Northeast Asia may prove difficult.

[1] “Japan is Back,” address delivered by Shinzo Abe at the Center for International and Strategic Studies in Washington, DC on February 22, 2013, http://csis.org/files/attachments/130222_speech_abe.pdf.