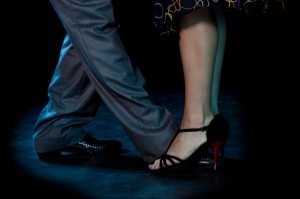 While initial reaction to Kim Jong Un’s relatively positive remarks about inter-Korean dialogue in his New Year’s address has been mixed, Seoul has apparently decided to return the volley. In her January 6, 2014 news conference, President Park Geun-hye “welcomed” Kim Jong Un’s New Year’s speech, and said a summit meeting with Kim could occur at any time “if it were required to prepare for unification and a peaceful peninsula.” At the same time, she said that what was important was not words but “action and sincerity,” and in that regard, proposed a resumption of North-South family reunions.

What is going on here? First, it’s important to understand that a New Year’s speech by North Korea’s leader is in many respects like a State of the Union address—i.e., much of it, at least to outsiders, is cotton candy, but occasionally there is something of real substance to which attention must be paid. In New Year’s speeches (or more recently, joint editorials) rarely have sections on inter-Korean relations signaled very much that is new.

Rarely, but not never. When something about inter-Korean relations in the New Year’s speech is new, or at least noteworthy, it needs to be read as a signal, not as a proposal. It would be unusual for a North Korean leader to use the vehicle of a New Year’s speech to lay out a full-scale initiative toward Seoul. The real purpose is most likely, depending on the current situation, to prepare the ground, reinforce behind-the-scenes discussions, test the waters, or gauge the wind direction.

Signals left unanswered by the other side, or rejected outright, usually end up leading nowhere. This is a game both sides understand. They’ve played it often in the past. They know a signal when they see it, and they know how to respond if they want to move ahead to the next step. I mentioned in analysis last week that it could be that Kim’s remarks in his New Year’s address raised the possibility that the North would follow up with a fuller proposal later this month. Why did I say that? I did so primarily because Pyongyang has often (not always) launched initiatives on inter-Korean ties at the beginning of the year. It was a simple observation. I made no judgment on what such an initiative might be, what it might contain, or where it might lead. I’m not a fortune-teller.

I am, however, a humble student of history. After long experience, I have learned to hesitate drawing other people’s attention to history, but in this case I have little choice. Over the past 50 years in Korea, there have been multiple examples of signaling in public utterances leading up to, and often but not always beyond, the starting line of dialogue. (Readers who are interested might search archives for the declassified Trends in Communist Media, produced by the unfortunately now defunct FBIS Analysis Group.) Often the North-South dialogue that resulted was only symbolic, sometimes not much more than secret sparring. Almost always there were considerations on both sides about public posturing for tactical advantage. Yet sometimes, dialogue did make progress and produce results. The immediate point about what Kim Jong Un said in his 2014 New Year’s address has nothing to do with where contacts might lead or what dialogue might produce. It has to do with the possibility that this was to signal an opening, and if it was, whether or not—from Seoul’s vantage point—it was worth exploring.

There is a long history of North-South dialogue that goes well beyond what many observers focus on, i.e., the years of inter-Korean contacts under Kim Dae-jung and Roh Moo-hyun. Look, for example at 1971-72 (Park Chung-hee); 1985 (Chun Doo-hwan); 1988-90 (Roh Tae-woo); 1994 (Kim Young-sam); and even 2009 (Lee Myung-bak). All of these involved, to one degree or another, a complicated process to get things underway, most often a mix of intermediaries, secret contacts, and, yes, public signals. For details, take a gander at Don Oberdorfer’s The Two Koreas, which I recently helped update through early 2013.

To repeat a point that I did not make clear in my analysis last week: We’re not talking about the matured process, much less the outcome, of a dialogue. Later stages develop—or not—depending on a number of variables. We’re talking here, in January 2014, about the possibility of introductory steps, of starting the necessary minuet that needs to be carefully choreographed before anything substantive can even begin.

Then what about these “signals” in Kim Jong Un’s New Year’s address?

If the section on North-South relations is usually boilerplate, how does one judge when it contains something of interest? Again, this raises the unavoidable need to look at history, because this process of signaling relies to a great extent on precedents.

Often, a signal comes in the form of the resurrection of a formula used in the past at a time of a thaw.

Put another way, a signal is potent not in what it literally says, but because of what its use recalls. There were two such signals that were woven into Kim’s New Year’s address. First was his reference to stopping slander. Analysts in the ROK Unification Ministry and the National Intelligence Service know perfectly well the historical significance of the reference; they know that one side or the other has often proposed as an early step the cessation of high-level invective aimed at the other’s leadership or system. One of the early signs that dialogue, once launched, has run into headwinds has been when one side or the other accuses the other of breaking the taboo on slander.

Here, it is important to pay attention to what Kim said, and did not say. Though he criticized the South, he did not say that the South Koreans alone must stop slander. The observation of many analysts that the North has used harsh language against President Park Geun-hye is hardly something Pyongyang would dispute. In fact, what Kim said appears to have been carefully formulated implicitly to acknowledge that both sides had engaged in the practice, and that both sides should stop. (As a separate issue, exactly how the North has personally criticized Park, when, at what level, and how frequently is worth close analysis, and deserves more than the passing observations and tut-tutting it usually gets.)

The second formula Kim used from the past—as rendered by KCNA—was that the North “will join hands with anyone who opts to give priority to the nation . . . regardless of his or her past and continue to strive for better inter-Korean relations.” This does not have quite the unambiguous pedigree as Kim’s reference to the issue of slander, but there are certainly instances over the years when Pyongyang used “regardless of his past” formulation to indicate it was prepared to deal with the ROK authorities. My own impression over the years is that it has not always been used as a crucial signal, but it is often part of the mix when the moment seems ripe for dialogue.

The observation that Kim’s remarks contained nothing new misses the point entirely. The real question is, when was the last time Pyongyang used a particular formula, what was the context, and what was the history? These things are never going to be cut and dried; they will never arrive with flashing neon lights attached.