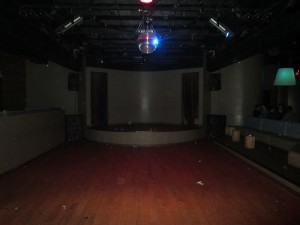 Is this any way to run a dance hall? The music has stopped, the lights have been turned off, and someone, apparently, has spat in the punchbowl.

Seoul today rejected, seemingly without qualification or counteroffer, the January 16th proposal of North Korea’s National Defense Commission (NDC). It’s entirely up to Seoul to handle its own business, but on reflection, it would not seem to be the most productive approach to simply rebuff Pyongyang’s proposal on all counts. Worse, it was rejected on the basis of arguments that appear as if Seoul is grasping for reasons. Grasping? How about: “Well, they slander us more.” Or: “Well, they exercise, too.” This is the “your-mother-wears-combat-boots” approach of the schoolyard. If the North’s proposal is seen as a game, then why not beat them at their game? Why not call their bluff? And if it turns out to be not entirely a bluff, holy Toledo, what a nice surprise. The Great Wheel might actually creak ahead a millimeter or two.

It took Washington only a few hours to react negatively to the North’s proposal, although, seemingly with a wee bit more finesse than what came out of Seoul. Presumably, Washington is giving this more careful thought than might be immediately gleaned from the responses of the official US press spokespersons, which were pretty much just taken from the official-press-spokesperson-response bibles. Having dispatched in short order the idea of stopping the exercises, Washington fell into its familiar catechism on the North’s “international obligations” etc.

For the North and South to engage in this sort of exercise—proposal, counterproposal—is as, I’ve said before, part of a familiar dance. Some of what the North proposed yesterday is what is sometimes called unilateral confidence building measures. They are not supposed to be the end of the process but the beginning, the entry point. Seoul’s rejection in so categorical a way seems to be cutting the process short. If getting nowhere is what South Korea wants, that’s pretty surely what it will have. Even so, there is no reason to conclude at this point that once the joint US-ROK military exercises begin in February the situation will necessarily escalate to a level of tension where it was last year. The NDC statement, in line with Kim Jong Un’s New Year’s address, asserts war would bring “unimaginable destruction to Koreans”—i.e., not just South Korea. Moreover, the NDC says, a war would help “big powers fish in troubled waters.” The implication, presumably, is that the Pyongyang is not going to fall into that big power trap.

Even though it now looks to be as dead as a doornail, let’s look more closely at the NDC offer. Kim Jong Un’s New Years address suggested that there would be a follow up proposal. This is it. For starters, the level of the offer is worth considering. When the NDC issued a statement in June 2013 saying that the nuclear issue was back on the table, there was virtually no response from Washington or Seoul. The North Koreans were flummoxed. In their view, something issued in the name of the NDC should have been seen as coming directly from the head of the NDC—Kim Jong Un. They asked some of us who met with them soon after the June statement, how Washington and Seoul could not have taken it seriously? They may ask the same thing now.

Both official and unofficial comment in South Korea and the US on the NDC proposal has tended to portray Pyongyang as putting forth one idea—cancel the upcoming US-ROK military exercises.

In fact, the NDC seems to have advanced three separate proposals with no sense of hierarchy or explicit linkage. If that is the case, the question might well be asked: what would have happened if the ROK had responded positively to at least one of the three?

The first proposal was for the two sides to stop slander (AS OF) January 30. This stems directly from Kim Jong Un’s New Year’s address, and has been the subject of several North Korean media commentaries in the interim. Presumably, the North will raise it again at some point during the year. The South Koreans, too, are free to come back to it.

The second proposal is for “a practical step” to halt hostile military acts against the other side. The phrasing of this is meant to include the North as well as the South. Here is where many outside observers seem to have run off the rails by focusing too tightly on the upcoming joint US-ROK military exercises. One step, but by no means the only one, the North suggested is for the South to make a “political decision” to cancel the exercises with the US. There is no way in hell that Pyongyang expects the South to cancel the exercises set to begin next month, but putting down a marker on the US-ROK exercises is, in Pyongyang’s view, a necessary step. (No doubt, the North Koreans remember that once upon a time—in 1992—Seoul and Washington did cancel a major exercise to advance dialogue.) In a curious, unusual, and hilariously ironic addendum to that perennial idea of cancelling the exercises, the NDC noted that if such cooperation with the US is “so precious,” the South should go ahead and do it, but somewhere else, for example, in the US. Whoever thought up that gem in Pyongyang must have gotten high fives all around.

For its own “practical step,” the NDC said the North plans to make the first move “stopping all acts provoking the other side,” notably in the West Sea. Surely that should be of interest to Seoul. At this point, we can only wait and see if the North goes ahead with such a step even after the South’s rejection of the proposal. Given numerous DPRK signals since last September, when Kim Jong Un visited some of the North’s military posts on islands in the West Sea, and in light of the surge of attention in the North on the fishing sector, one might suppose Pyongyang has been planning this move to defuse tensions in the West Sea for some time.

Finally, the NDC statement proposes a “practical measure to prevent a nuclear holocaust.” Many outside commentators were hypnotized by the use of the term holocaust in an earlier statement by the North’s Committee for the Reunification of Korea. The NDC statement doesn’t hint at what Pyongyang might do, but it “courteously proposes” that the South not bring “dangerous nuclear strike means” (i.e. B-52s or B-2s) to South Korea or the surrounding areas. These aircraft are particularly neuralgic for Pyongyang. The most serious chest thumping last year came in response to those flights. The North’s message, then, would seem to be: let’s not repeat what happened last year. This third proposal might even be read as implicit acknowledgment that the South won’t cancel the exercises with the US this year, and is thus being given a Plan B—i.e., OK, run the exercise if you must, but knock off the nuclear part of it. Given Kim Jong Un’s portrayal in his New Year’s address of another war as a disaster for everyone—a “catastrophe”—and in light of subsequent North Korean media commentary reinforcing that image, it might be worthwhile viewing this part of the NDC proposal less as a threat or a carneyman’s pitch and a little more as a possible opening to get at the nuclear issue. One would think this would be worth quietly exploring. One would think.