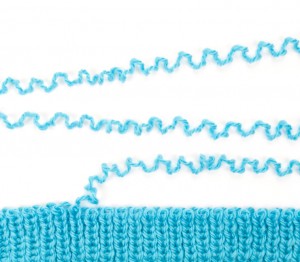 Recently, I wrote a column in World Post on the impact of Jang Song Thaek’s purge and execution on the power structure, regime stability and policy lines in North Korea. I argued that the removal of Jang would not critically undermine political stability in North Korea, not only because his power was disproportionately exaggerated, but also because the purge framed him as a symbol of vested interests plagued by corruption and disloyal behavior. Moreover, there are no organized social and political forces that can seriously challenge the power and authority of Kim Jong Un. I also predicted that despite Jang’s purge, Kim would continue his economic reform drive and maintain the existing policy of conditional engagement with the outside world, including with China, South Korea and the United States.

Several North Korean specialists, especially Hazel Smith, Professor and Director of Korean Studies at the University of Central Lancashire, have raised dissenting views on my interpretation in private correspondence. They argue that the execution of Jang indicates internal instability in a way unprecedented in recent North Korean history. Whereas Kim Il Sung and Kim Jong Il were efficient managers of intra-elite interests through a strategic balancing of potentially competitive domestic interests (rural and urban, peasants and workers, Pyongan and Hamgyong provinces, etc.), they contend, Kim Jong Un lacks such an ability to coordinate conflicting interests: unruly competition among the core elite families, vested interests associated with the biggest of the public/private hybrid trading companies, new commercial interests, and third generation of elites who want to maintain power and privilege but have almost zero ideology or locus of principle and who can become a major source of social and political instability.

According to these specialists, the execution of Jang is an explicit sign of internal division and fragmentation. It is more so because the absence of ideological or institutional foundations for the thoughts, actions and loyalties of the up-and-coming third generation, as well as fragmented, shifting and unpredictable alliances among vested interests, can make the political situation more fluid and volatile. The third generation of Kim Il Sung’s close comrades are relatively wealthy and many have lived abroad. Also, none has the revolutionary training of their forefathers, as with Kim Jong Un. Professor Smith further argues that Kim Il Sung was clever at making sure that Hamgyong interests were looked after. But the purge of Jang, who was originally from the Hamgyong region, would make it hard for Kim Jong Un to pacify and co-opt its interests.

Some scholars in South Korea contend that the removal of Jang represents a victory for conservative hardliners and, as a result, the path toward economic reform and opening would be critically undermined. In addition, it is argued that Kim Jong Un’s efforts to attract foreign capital, especially from China and Japan, will be severely damaged because Jang served as the critical link with these countries. Jang, they argue, was the key player responsible for attracting foreign investments as well as initiating and implementing such joint projects with China as the Rason and Hwanggumpyong Special Economic Zones. Jang was also known to have played an important role in trying to induce Japanese investments in Nampo and Wonsan. Thus, his absence, this argument implies, will deal a critical blow to economic cooperation with the outside world.

These points are well taken, but I still believe that the current North Korean regime is more stable than ever before. Above all, its naked power matters. The politics of extensive surveillance, control, fear and intimidation are still alive and well. The party, the state, the military and security apparatus remain committed, effective and unified in purpose. The dramatic episode of Jang’s downfall has created a formidable deterrent to any potential or actual opposing groups. The spread of markets, mobile phones and social media notwithstanding, civil society in the North does not pose any viable or immediate threat to the regime. It is also generally believed that about 300 young cadres in their 30s and 40s, who were recruited, cultivated and patronized by Kim Jong Il before his death, are now working as loyal watchdogs and guardians for his son. Choi Hui and Park Tae Sung, deputy heads of the powerful Workers’ Party of Korea (WPK) Department of Organization and Guidance, whose frequency in accompanying Kim Jong Un has been on the rise, are representative of these young cadres. The open purge and ruthless execution of Jang can also be seen as a strategic move to defuse people’s grievances against the widespread corruption and venal, exploitative behavior of vested interests, while placating newly emerging forces in the party, the state and the military. Judged by this, it seems hardly conceivable for the North to experience major political and social instabilities and to face the contingency of regime collapse anytime soon.

North Korea’s ideological and institutional foundation does not seem to be eroding either. It is well known that Kim Jong Il ruled the country in an abnormal way after he took power in 1994. Facing severe internal and external challenges, he virtually suspended the normal functioning of the WPK, while relying heavily on “military first politics.” Before his death, however, the government and party’s institutional foundations were reconsolidated. Vacant positions in the WPK Politburo were filled, and the Central Committee and the Central Military Committee of the WPK as well as full cabinet meetings were all restored. As evidenced by Jang’s purge at the Enlarged Meeting of the Political Bureau of the Central Committee of WPK, procedural transparency and legitimacy were significantly enhanced under Kim Jong Un’s rule. Institutional normalcy involving the party, the cabinet and the military—reminiscent of the Kim Il Sung era—has resurfaced. Thus, it seems inaccurate to characterize the current regime as an unstable one afflicted by institutional deformities.

And those who are skeptical of Kim Jong Un’s ability to govern are essentially committing the fallacy of misplaced concreteness. Overall, the configuration of power and interests in today’s North Korea reveals that Kim Jong Un is in a far better position than is often thought by outside observers. The second and third generations of core elite families (for example, the families of Choi Hyon, Oh Jin Wu and Kim Chaek, the first generation revolutionary leaders who were close to Kim Il Sung) are united and have shown their unfailing loyalty to the Kim Il Sung family. Regional rivalry between Pyongan and Hamgyong has persisted, but a draconian anti-factionalism campaign by the Kim leadership has made it rather obsolete. Monopolization of important posts in the party, the state and the military by graduates of Kim Il Sung University and the Mangyongdae Revolutionary School has been a source of public grievances. Aware of these grievances, Kim Jong Un has been recruiting competent party cadres and government bureaucrats with ordinary family backgrounds.

It also seems misleading to pit the third generation elites against Kim Jong Un. Those with powerful family backgrounds and extensive foreign experiences are ironically known to be his ardent supporters, because Kim represents this group’s preferences and interests. For the past two years, Kim has been championing changes in the North in the name of “segyejok chuse” (global trends). Given the nature of complementary interests between the two sides, I do not see any reason why they would challenge the young leader. The second generation elites with rigid conservative stances, who are well positioned in the party, the cabinet and the military, may have not liked the reform line of “global trends.” That is perhaps why Kim Jong Un executed Jang—to serve a scapegoat, accusing him of excessive corruption, aristocratic behavior and illicit activities for private and factional gains. The third generation elites, as well as the general public, would have supported such a drive, because they themselves would become beneficiaries of such reforms and opening. Thus, the assertion that Jang’s removal would mean a victory for conservative hardliners, posing a major setback to moderates favoring opening and reform, seems grossly distorted.

It is true that Jang was responsible for overseeing joint venture projects in the Rason area and Hwanggumpyong Island. He was also exploring Japanese investments in Nampo and Wonsan. The fact that Jang was accused of being a traitor working for Chinese and other foreign interests underscores his paramount role in international cooperative projects. Nevertheless, his disappearance will not hamper North Korea’s ties with China and other foreign countries. China-North Korea economic cooperation remains by and large intact. Exports of coal to China even rose after Jang’s fall in December.[1] Other bilateral projects, meanwhile, have gone forward uninterrupted. Jang’s role in attracting Japanese investment seems exaggerated. It has been recently reported that Japan has resumed its secret contacts with North Korea, further evidence that Jang’s role was not as great as some thought.[2]

In addition, no policy changes can be detected in the aftermath of his demise. The cabinet’s emphasis on incentive systems for firms and the agricultural sector as well as on the continuing expansion of special economic zones all indicate Kim Jong Un’s policy stance for opening and reform—albeit limited—remains intact. As Kim underscored in his New Year’s Address, the North has been engaging in a peace offensive by agreeing to hold reunions of separated families on February 20-25, despite the planned South Korea-US joint military exercise and training. One caveat is in order, however. Kim has not changed the existing policy line of “simultaneous pursuit of economic development and nuclear weapons.” North Korea under his rule will attempt to revitalize its economy, while continuing to play the nuclear card.

All this implies that Jang’s removal and execution is having virtually no impact on North Korea’s internal stability and policy line. Apart from a moral dilemma whether to engage with the ruthless North Korean leadership, Seoul and Washington will continue to face a difficult choice dealing with a North Korea that is pursuing nuclear ambitions. But no matter how errant and incomprehensible the North is judged to be, there seems to be no choice but to recognize and engage with Pyongyang in order to reduce tensions on the Korean peninsula, to foster opening and reform and to facilitate a negotiated resolution of the nuclear quagmire. In short, practical problem solving, rather than moralizing judgment, should guide our approach to North Korea, despite the execution of Jang.