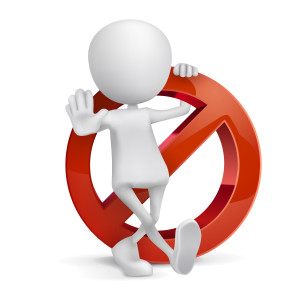 Since Kim Jong Un became the supreme leader of North Korea in late 2011, and especially after Pyongyang undertook nuclear and long-range missile testing in 2012 and 2013, planning for North Korea contingencies (possible political turmoil and collapse) has become a popular theme for the US and ROK governments. Both countries acknowledge the key role that China would play in any scenario and have attempted to engage Beijing in discussions and even joint preparations for North Korea contingencies. However, China has consistently refused.

The belief that the US, China and ROK should pursue cooperation on North Korea contingencies is based on two assumptions. First, since the three countries have vested interests in North Korea and most likely would all intervene in a contingency scenario, trilateral planning is necessary to avoid misinformation, miscalculation or even confrontation. The second assumption is the three countries share certain common interests in securing North Korean weapons of mass destruction (WMD) and denuclearization as well as promotion of DPRK economic reform. Therefore, such shared interests would provide a solid foundation for trilateral cooperation. In this context, Beijing’s rejection of contingency discussions appears illogical and perplexing to many observers.

However, a careful examination of China’s strategic concerns reveals that Beijing’s rejection is fundamentally determined by one factor: the endgame in North Korea. States cooperate because of shared interests, but they also reject or limit such cooperation when their diverging interests are believed to outweigh the shared ones. In the case of North Korea, although China does share the US-ROK goal of denuclearization, it understands very well that denuclearization is not the endgame in the mind of either Washington or Seoul. In the event of a North Korea contingency, the US and ROK would likely pursue not just a policy of denuclearization but also one of stabilization leading to a South Korean-led reunification. Successful implementation of this policy would inevitably alter the power equilibrium on the Korean peninsula.

American and South Korean aspirations are seen in China as in conflict with its interests. Chinese thinkers and decision-makers generally perceive Beijing’s top priority, in the long run, lies in North Korea’s strategic utility, not only as a buffer, but also as an element of strategic leverage vis-à-vis the US and South Korea. If instability were to occur, beyond the immediate concern of WMD leakage and refugee inflows, Beijing’s top agenda item would be to protect China’s strategic stake. This most certainly would mean the existence of a pro-Chinese (or at least China-leaning) North Korean regime, regardless of whether or not it would be led by Kim Jong Un.

In Beijing’s view, a Korea unified under current circumstances would most likely be pro-US given the history and reality of the US-ROK alliance. US influence and alliance would prevail on the whole peninsula regardless of whether or not American troops were deployed to the north of the 38th parallel. This change would have a critical negative impact on China’s security environment. Whether such a unified Korea would try to remain neutral is relevant but not a game-changer. China fundamentally sees South Korea as incapable or unwilling to challenge the US and their military alliance. Furthermore, even if such a unified Korea indeed becomes neutral, it would still tremendously damage Chinese influence on the peninsula. It is believed that South Korea, upon reunification will be more assertive and ready to challenge China on bilateral and regional issues, with or without the alliance with the US. Therefore, many in China see that it has no reason to abandon its strategic leverage on North Korea, not only vis-à-vis the US, but also vis-à-vis South Korea.

If the goals of the US and ROK would stop at safeguarding WMD and denuclearization of North Korea, the likelihood of cooperation with China would likely exist. But if their goals extend to regime change, expansion of influence, establishment of a pro-West North Korean government, or even reunification under Seoul’s leadership (and likely allied to the United States), the contingency instead turns into a bigger game between the two countries and China, redistributing spheres of influence on the Korean peninsula. Since that is a largely competitive and zero-sum game in Beijing’s view, the chance and scope of cooperation is significantly limited.

This reality should not be a surprise. There has been widespread speculation about China’s potential invasive actions in the event of North Korea instability. Many focus on a Chinese military mission to restore stability and install a pro-Chinese functioning government in the whole or part of North Korea. A recent report went so far as to quote internal documents from the People’s Liberation Army on China’s plan to set up special camps to detain key North Korean leaders in the event of turmoil. Although the authenticity of these measures remains in doubt, one should assume that China does have operational contingency plans, at least partially, if not entirely aimed at preventing North Korea from falling into the hands of the United States and South Korea.

Chinese analysts have also emphasized the role of the UN Security Council in dealing with the aftermath of a North Korea contingency. Beijing would pursue a UN process in parallel to complement its stabilization mission and enhance the legitimacy of its actions. Such an approach would most likely undermine rather than strengthen the prospect of reunification under South Korea because China could easily use its veto power to deny the option. In fact, China would limit the discussion at the UN Security Council to peace and stability inside North Korea, taking the issue of reunification out of the equation from the very beginning. While this might coincide with Seoul’s position that reunification is a national matter and should not be discussed at the UN Security Council, the outcome of the political process would not be conducive to Seoul’s desired reunification after all.

Aside from broad strategic considerations, others work against any trilateral cooperation. China’s willingness to discuss North Korea contingencies depends on their perceived imminence. In China’s assessment, the Kim Jong Un regime certainly has proven to be more volatile and unpredictable than originally expected. However, the regime has also shown a level of vitality and resilience that many did not foresee either. The uncertainty associated with Pyongyang is higher, which is why China needs to be prepared. But the strategic conditions are yet to ripen for China to abandon its goals and cooperate with the US and ROK. Therefore, many in China find the high level of eagerness to discuss contingencies perplexing and not in line with its top priority.

Indeed, contingency issues are by no means the top priority for the Chinese North Korea policy community these days, and this is unlikely to change in the near future. The different priorities between China on the one hand and the United States and South Korea on the other further undercut the possibility of having a contingency discussion. For most North Korea watchers in China, the most immediate concern lies in how China should respond to apotential fourth nuclear test. Given President Xi Jinping’s evident displeasure with thethird test in 2013 and Beijing’s elevation of North Korea’s denuclearization to a much higher level in China’s priority list (even if still not above maintenance of stability), the dilemma for China would be how to effectively “punish” Pyongyang and uphold Xi’s supposedly “new” positions on the North Korea nuclear issue without jeopardizing larger strategic interests. The fear is that if China were to act too harshly, North Korea would take actions that inflicted more serious damage. But if China did not adopt a sufficient and effective response, Xi’s credibility would be in jeopardy.

Another reason why China is not interested in contingency discussions has less to do with strategic objectives and more to do with practicality. That is, China believes that maintaining the confidentiality of such talks will be difficult, if not impossible. To discuss the fate of an ally behind that ally’s back is already dishonorable. But when such discussions promptly appear in the South Korean media, as they have in the past and most people feel they inevitably would in the future, their revelation would be scandalous and humiliating for Beijing. Chinese officials understand that some people in Seoul would have an “urge” to disclose such discussions so as to “alienate” China and North Korea, but the short-sightedness of such an approach certainly undermines the prospect of conversations.

China and North Korea watchers have long believed that Beijing’s agenda in North Korea is strictly limited to its three stated goals: stability, peace and denuclearization. If this were true, China would not be so opposed to a South Korean-led reunification effort. The fact that Beijing has preferred to support the DPRK’s continued separate existence indicates that it has bigger and more important considerations. Unless Beijing determines the endgame in the event of North Korea contingencies is beneficial to China’s strategic interests, it will not engage in such discussions or support any planning that Washington and Seoul pursue. Given this reality, any viable discussion about North Korea contingencies must begin with a genuine, credible and realistic conversation about the agendas of the three sides so as to address their shared and conflicting interests. Bypassing the most critical questions and focusing on the operational details instead will achieve nothing.