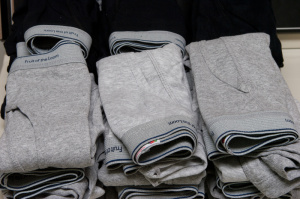 I was out for a stroll in the cool of the morning when across the Avenida da Liberdade I spotted Inspector O shifting uncomfortably in a chair at a sidewalk café that was otherwise empty of patrons. On the table in front of him sat a glass and a small colorful vase containing a few orange and purple flowers, but no evidence of any food.

“Of all the gin joints in town!” I said as I sat down beside him. He eyed me suspiciously and shifted again in his chair. “Nice hello,” I said. “Guilty conscience?”

He was surprised to see me, but I could tell he was determined not to show it. “I could ask you the same thing,” he said at last. “And in your case, I’m sure it’s true.”

I’m not unfamiliar with his moods, and he seemed not in the best one. “Good, after all these years, at last we find common ground. We’re both uncomfortable running into each other in Lisbon or, as the locals call it, Lisboa. I admit, you’re the last person I expected to find here.” I moved as if to stand up. “Adeus, see you at a fado club tonight?”

“No,” he said. “Sit.” There was a pause as he shifted again in his chair. “What do you think of this place?” He gestured at a steep hill behind us. “Perfect if you’re a mountain goat.” Curiously, he rose a bit out of his chair before settling back down.

“Something the matter, Inspector? You don’t look well.” It was true; he had deep circles under his eyes. “Maybe you have a touch of jet lag?”

He shook his head. “If you’re trying to figure out when I got here, never mind. As a matter of fact, our rich cousins are the problem, as usual. You’ve heard of the new product line? From Kaesong?”

“They make pots and pans there. That’s what’s making you sick?”

“No, not pots and pans. Underwear. They’re calling it ‘unification underwear’ in the south.”

“Before I left, the Ministry gave me a pair, along with the usual phony passport and a few lousy euros.” He paused. “They’re too tight.” His look dared me to laugh. I didn’t, though something may have played across my face.

“Symbolic perhaps.” I started to say something more, but he cut me off.

“Leave it there, Church,” he said and finished off the little that remained in his glass. That seemed to have a good effect. His expression seemed less pained. “OK, as long as you’ve dropped from the sky,” he forced a smile, “I have a question.”

“What are ‘inductive conditions’?”

I wondered for a moment if Kaesong’s briefs had cut off circulation to his brain. I had no idea what he was talking about. “Say again?”

“You heard me. Inductive conditions, what are they? We can’t find the term in a dictionary, in any dictionary, and we have plenty.”

“It helps to know the context. Where did you see it? Maybe it has to do with steel-making. I’ve been traveling so I may have missed something. Have you been to Barcelona, by the way? Wonderful city.”

“Forget the travelogue. I need answers. A few weeks ago, people in the capital were parsing remarks from your side. Tedious work, I’m told. I wouldn’t touch it. Oh, before I forget. Last month, after a lot of arguing, they finally figured out what your side means by ‘authentic negotiations,’ which, by the way, you were no help in explaining when I asked you the last time we met.”

“You figured out ‘authentic negotiations’? Good, what does it mean?”

“Nothing. It doesn’t mean anything, it’s just rhetorical gas. Now we’re stuck on this inductive baloney. Personally, I could give a pig’s backside, but I was ordered to ask. So I’m asking.”

“You were sent to Lisbon to ask the Portuguese about official US Government statements?”

“Never mind why I was sent to Lisbon. Just answer the damned question! What does ‘inductive conditions’ mean?”

I looked up at the bright blue sky. It would soon be too hot to walk around. I figured I’d cut off this discussion and be on my way to use what was left of the morning. “Actually, to be honest, I’d have to say I don’t know.”

I prepared to take my leave when O brought his fist down on the table hard enough to make his empty glass jump and fall over. The vase tipped for a moment but then righted itself. “Again you don’t know! You never seem to know what your government is saying. What good are you?”

There was no sense in parting company on that note. I sat back down. “You’ve hit on the central question.” I reached over and set the glass upright. “I ask myself the same thing every day. Not much good, I suppose. No one talks to me. I just drift, a tiny leaf on the vast ocean of ignorance.”

“More of your honeyed wordplay. I’ve never told you before how annoying it is. I asked a simple question. If you don’t know, surely someone in your capital must. Why can’t you people just speak simple English?”

“I suppose we could ask the same thing of you.”

“It’s not our damned language!”

“Well, why don’t you answer the question I asked? What’s the context? What’s the issue? How is this term used? Where did you find it?”

“Some remarks by someone, how should I know?” O took a notebook from his shirt pocket and flipped through it. He found the page he wanted. “Ah, here it is. After all uranium enrichment facilities are shut down, along with other nuclear related programs being ceased, there ‘will be inductive conditions under which we could be credibly talking about denuclearization.’ Never mind who said it. Someone who gets around, apparently.” He closed the notebook. There was more in there than he wanted to share. “The point is, one day you have preconditions, the next day you don’t have preconditions but you have pre-steps. Maybe the Chinese told you saying preconditions was a bad idea. I don’t know, and I don’t care. Now, out of nowhere, you have ‘inductive conditions.’ That’s what I’m supposed to find out.” He tugged angrily at his waistband. “Do you want to talk with us, or don’t you?”

“You’re the only other person at the table, or am I missing something?” He pretended to look around and made a show of looking under the vase. “Because if you don’t want to talk, believe me it’s fine. We just keep on trackin’.”

“The term is truckin’, I believe.”

“Here’s the thing. You do what you do, we’ll do what we do. Very symmetrical. Almost every day I see stories in your newspapers about cysts, and gout, and ankles, and soap operas on thumb drives. That’s the story, sure. That’s the story. You go ahead and breathlessly focus on gout and ankles. We’ll keep churning out bombs. Fine by me. I get paid either way.”

He seemed to have exhausted the point, so we sat in silence, watching the passing parade. O settled into a comfortably morose posture.

“Cheer up, Inspector.” I decided to cheer him up. “Have you been up to the castle?” I pointed at the hill across the way.

He shrugged, a little too casually I thought. “I’ve wandered around, if that’s what you’re asking.”

“Just being polite. A lot to see in the city; be a shame if you went home and missed the high points.” That got no response, so I moved on. “My turn, I have a question. Do you mind?”

He looked away, following the progress of a young woman in a pale yellow blouse and white pants as she passed in front of us and continued slowly up the avenue. It reminded me of an old dog watching a butterfly. “I’m trying to relax,” he continued to watch the woman, “but go ahead.”

“Why can’t you do something helpful for a change, just a little something?” It came out with more of an edge than I’d intended. I knew instantly that O would catch the tone.

He swirled around. “Look at me, Church. I was sitting here, minding my business, drinking port.” He indicated the glass in front of him. “Can I be any more helpful than that?”

“No, I don’t mean you specifically, I mean your side.” I took a moment to make sure the tone would shift to something softer. “Whenever things look to be edging toward something positive on the diplomatic front, your people do something unhelpful. It’s confusing. And, if you don’t mind my saying so after all these years,” the brakes slipped off and what came next startled even me, “it’s starting to get under my skin.”

O gave me a sardonic smile but otherwise didn’t respond. Then he lifted his empty glass and caught the waiter’s eye. “Let me buy you a drink. Is that helpful enough? I recommend a glass of port.”

“You’re buying?” I thought about it. “Thank you, but no. Maybe later. Isn’t it a little early in the day for port?”

O shifted back and forth in his chair. “Let me tell you something about ‘helpful.’ It’s a knife that cuts both ways. Why must we always go first in this game? You make nice noises, we’re supposed to fall over with gratitude?” He grimaced and shook his head. I couldn’t tell whether it was the topic or Kaesong. “And incidentally, if you paid as much attention to what you say as we do, you’d have nightmares. What do we hear all the time? You and the South Koreans have domestic political problems, you have difficulties in developing a policy, you need us to bail you out. Really? Have you looked at the population figures? Have you looked at the economic statistics? WE are supposed to help YOU? Besides, you think we don’t have an interesting mix of ideas in our capital? You think we don’t need something helpful, something more than positive noises in the morning, contradicted by other noises during lunchtime, and thrown in the toilet before dinner?”

The waiter appeared bearing two glasses on a tray. He set them down and disappeared again. Inspector O handed one glass to me, and then lifted his own. “To inductive conditions, long may they wave,” he said.

“To unification boxers,” I almost said something more but stopped myself. Instead, I took a sip of what turned out to be a very fine port.

O stood up abruptly. “That’s it, I’ve had it,” he announced. “I’m going to get some fruit from the room.”

By the time I figured out what he meant, he was already crossing the street. “Fruit of the Loom,” I called out, but by then he had disappeared into the shade of a long line of plane trees.