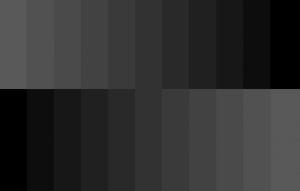 United Nations Security Council Resolutions are not known for their specificity. They tend to include vague wording agreeable to the 15 nations present at the time, which leaves substantial space for interpretation or ignorance once Member States are told to go forth and implement. The three resolutions that form the core of the sanctions regime against the DPRK—1718 (2006), 1874 (2009) and 2094 (2013)—are no exception. They are complemented by lists of designated individuals and entities as well as lists of items prohibited for export to and import from North Korea. But many grey areas remain, each potentially impeding the strength of the sanctions regime and our ability to promote its uniform implementation.[1]

Seen in this light, the new report by the Panel of Experts (PoE) is a must-read.[2] It may lack juicy details about new interdictions or potential sanctions violations, but the report’s true strength lies in its discussion of the trends in the DPRK’s proliferation network, of that network’s resourcefulness in exploiting weaknesses in the sanctions regime, and of several areas where more clarification is needed from the UN Security Council Sanctions Committee. Given recent reports that Pyongyang’s nuclear and missile programs may be on the verge of a dramatic expansion, these should be addressed quickly in order to strengthen the existing regime and the international community’s ability to curb the North Korean revenue streams that fuel their WMD pursuits.

The 2015 PoE report explores North Korea’s global proliferation network through an extensive investigation into the operations and sanctions-evasion tactics of Ocean Maritime Management (OMM), the firm that facilitates shipping and logistics for Pyongyang’s proliferation-related activity. Details of OMM’s actions after it was designated by the Security Council in 2014 show how quickly the network adapted to the new constraints by re-naming and re-registering its vessels. Information on the company’s overseas offices shows that it rarely registers in countries where it operates, that its representatives embed with other corporations to avoid detection and that it cooperates actively with DPRK diplomatic representatives stationed abroad to facilitate illicit transactions. Space constraints do not permit me to recount their insights as fully as is deserved, so a full read of the report is recommended.

The report also focuses on the DPRK’s procurement of foreign components for its nuclear and missile programs, as well as for its conventional defense industrial pursuits. This is by no means a new phenomenon. For example, a 2003 Wall Street Journal article outlined how a North Korean couple in Bratislava was actively procuring goods from around the world in support of a North Korean missile project in Egypt. More recently, the PoE’s 2014 report shed light on the foreign components that the DPRK uses in its domestic programs, specifically in the Unha-3 space launch vehicle launched in December 2012. This year’s report offers yet more evidence of the difficulties in identifying and preventing exports of arms-related material to the DPRK and the consequences of failing to do so. Members of the PoE investigated North Korean unmanned aerial vehicles that crashed in South Korea, and found a number of parts sourced in counter-proliferation active countries such as Canada, the United States, Switzerland, South Korea and Japan.[3]

In short, the report offers a sobering reminder that, despite the existence of sanctions, North Korean proliferation networks have proven themselves to be adept at circumventing them, quick to adapt to new constraints imposed against them, and resourceful in their quest to source and ship the goods they need. In most cases, the counter-proliferator is likely to continue playing catch-up.

The report outlines the ways in which North Korean activity has exploited the grey areas of the sanctions regime. Four examples are identified below.

The Joint Institute for Nuclear Research

The first relates to North Korean participation in the Joint Institute for Nuclear Research, “an international intergovernmental scientific research organization” based in Russia that was founded in 1956. North Korea is one of its 18 Member States, while most of the others are former Soviet republics. According to the Institute’s website, “[T]he main fields of JINR’s activity are theoretical and experimental studies in elementary particle physics, nuclear physics, and condensed matter physics.” Responding to inquiries from the PoE, the Institute affirmed that four North Koreans are currently working there: one at the Flevrov Laboratory of Nuclear Reactions’ Scientific and Experimental Physical Department, one at the Laboratory of Information Technologies, and two at the Laboratory of Nuclear Problems. In addition, representatives of the North Korean Embassy in Moscow recently took part in the Institute’s Scientific Council and the Committee of Plenipotentiaries. [4]

In defense of these activities, the Institute argued that it is an international organization, conducting research with exclusively peaceful applications, and that no North Korean individuals designated by the Security Council were involved. In addition, representatives from 16 non-nuclear weapons states participate in the Institute’s activities without inciting any concern that their research is proliferation-sensitive. On the other hand, North Korea has been repeatedly instructed by the Security Council to abandon its entire nuclear program and related activities, peaceful or otherwise. So is offering Pyongyang an outlet to conduct peaceful nuclear research a violation of the letter and spirit of the sanctions regime? And if so, who is responsible for that breach when the host is an international organisation?

In 2014, three North Korean unmanned aerial vehicles (UAVs) crashed in South Korea after flying reconnaissance missions over military facilities. Examination of the debris did not determine whether the vehicles were North Korean or foreign made. Either way, these incidents suggest that Pyongyang is likely to continue to incorporate unmanned aerial systems into its operations.

Seoul has flagged this practice as a potential sanctions issue and has “notified the Panel that the supply, sale or transfer of these unmanned aerial vehicles and of their components could constitute a violation of paragraph 10 of resolution 1874 (2009) prohibiting the supply, sale, or transfer of all arms related materiel [to the DPRK].” [5] Current Category 1 restrictions forbid the sale to North Korea or purchase from it of “complete unmanned aerial vehicle systems (including cruise missile systems, target drones and reconnaissance drones) capable of delivering at least a 500 kg payload to a range of at least 300 km.” The shorter range of the three crashed drones means they did not fall into that category, but Seoul appears to believe that they should still be considered “arms-related” and therefore subject to sanctions. This is a point that will likely be debated in the United Nations and outside of it in coming months.

In the past two years, Uganda has drawn considerable attention for its curious military partnership with North Korea. High-level delegations from Pyongyang were warmly welcomed in Kampala, most recently in October 2014. Uganda explained that its military ties to North Korea are transparent and benign, and centred on training for security forces and the provision of non-lethal equipment. Specific forms of training were previously said to include: martial arts, marine rescue, and “security and technical training courses for the Ugandan Police Special Force, Police Construction Unit, Criminal and Forensic Investigation.” It is uncertain whether the Sanctions Committee would consider any of this activity to be a violation of sanctions, as North Koreans were allegedly not training their Ugandan counterparts in the use of lethal arms. Instead, their cooperation would have occupied yet another grey area.

However, the proximity of the DPRK-Ugandan cooperation to the boundaries of the sanctions regime did raise doubts that this was all that there was to the relationship. The new PoE report confirms those suspicions. In December 2014, Uganda responded to the PoE’s inquiries stating, “Field Force Unit Training carried out by Democratic People’s Republic of Korean instructors at the police training schools at Kabalye, Masindi and Butiaba, Wantembo (both former military bases) included training on the use of AK-47s and pistols. The training for the Marine Police Unit included sharp shooting.” Other forms of training such as martial arts may have taken place along the lines of Uganda’s earlier suggestions. However, the PoE expressed its belief that training specifically related to lethal weapons would be a breach of Security Council Resolution 1874. Since that training is ongoing, Uganda appears to still be violating sanctions.[6]

Unfortunately, the PoE did not address these previous ambiguities. It refrained from commenting on the legality of purchasing non-lethal weapons from North Korea (such as tear gas guns), or contracting Pyongyang to provide training in their use or in combat tactics. Questions about this issue may therefore arise again in the future, particularly if in response to the PoE report, Uganda now ceases only the types of activities that have been explicitly called out.

Dennis Rodman may be a subject of confusion for many, but the Sanctions Committee has not been among them. On his most recent visit to Pyongyang, Rodman imported whisky, crystal glassware and a Mulberry handbag as gifts for Kim Jong Un and his family. Some of the gifts were likely considered ‘luxury goods’ for the purposes of sanctions against North Korea. However, Ireland (the location of Paddy Power, Rodman’s sponsor) concluded that the “one-off” transaction was not a “commercial transaction” and therefore was not a sanctions violation. This raises questions as to whether or not the luxury goods ban exempts gifts or applies only to “commercial” deals.[7]

A few miscellaneous points of interest are worth noting when reading the report:

The current framework for sanctions against the DPRK is relatively robust. Nevertheless, in providing unprecedented detail of the North Korean proliferation network using case studies, and shedding further light on how the country evades sanctions to continue its illicit pursuits, the PoE has reminded Member States of the immense challenges that they still face in countering North Korea’s nuclear and missile programs. Pyongyang continues to advance those programs with seemingly unshakeable determination, making it all the more important that states cooperate to cut off the resources that Pyongyang has to work with. Not only must the implementation of the existing resolutions dramatically improve (in this light, the statistics presented by the PoE about lack of reporting and responsiveness are deplorable), but the sanctions framework should be made even stronger. To that end, the PoE’s report underlines areas where a determination from the Sanctions Committee is needed on the legality of specific forms of interaction with the DPRK. The Committee should address them with the same urgency and determination that the DPRK demonstrates in its pursuit of nuclear weapons.

[1] I highlighted one of them in a previous post on the Uganda-North Korea military relationship: when is a training service considered ‘arms-related’, as forbidden in Resolution 1874 (2009)? Does receiving instruction from North Korean army personnel in martial arts or the use of non-lethal equipment constitute a breach of sanctions?