Over the past few months, there have been a number of important developments concerning North Korea’s external finances. 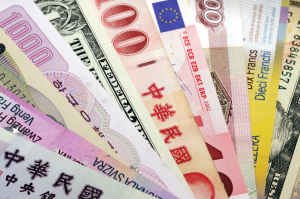 What are we to make of the combination of increased attention to external finances as a North Korean priority to advance its economic interests, the use of sanctions as a tool to coerce Pyongyang to make political concessions to advance US interests, and the possibility of providing positive incentives for improved inter-Korean relations? While none of these tactics are new, one conclusion is that the landscape for finding an equation that encourages the growth of North Korea’s market economy and integration in the international community while also addressing important security issues is becoming more complicated.

An important factor contributing to this problem is that while the countries involved in the Six Party Talks can largely agree on shared security goals such as denuclearization, they do not follow shared strategies of using financial and economic engagement to achieve these objectives. Each has its own interests and priorities, resulting in different approaches to address the North Korean nuclear problem. While Pyongyang has exploited these differences to advance its own interests, this situation has led to policies and business practices that are disjointed and lacking coherence in development of its economy through foreign investment, trade and aid.

Another factor contributing to the complications of financial engagement with North Korea is its fragmented underdeveloped financial system. New Year’s speeches and economic reform initiatives such as the so-called May 30 measures give some insights into economic priorities. However, since the abortive currency revaluation of 2009, no significant attention has been given to seeking improvements in the banking or public finance systems until recently. North Korea still relies on institutions meant to serve the different interests of the Party, military, “Court Economy” and People’s Economy. The lack of integration and non-transparency weakens efforts to improve the domestic economy where a growing share of activities takes place in largely unregulated markets not supported by the financial system. This makes macroeconomic management/control over external finances a virtual impossibility.

In this environment, financial engagement with North Korea is also complicated by questions about who will benefit or be hurt by specific policies. Will financial sanctions affect only the “Court Economy” and “Military Economy” or also the general population? Will financial arrangements such as wage payment mechanisms benefit the general population or only the elite? How will the internal balance of power between the military, Party, and inner circle of leadership be affected by different forms of financial engagement?

It is not surprising that an effective strategy for engaging North Korea through its external finances has proved elusive. The important question for the future is whether financial engagement can be pursued that will have positive effects on the interests of the Six Party countries in reaching their shared objectives as well as meeting their national ones.

A step in the direction of answering that question would be to first assess the motivations for the recent announcements and the interests that would be served through different responses. For the North Koreans, their recent announcements reflect recognition of overdependence on economic ties with China and interest in reducing the downside risks of that relationship. Not only has the political relationship been strained since Kim Jong Un’s rise to power but declining commodity prices and the risk of a slowdown in Chinese economic growth have increased the vulnerability of North Korea’s export earnings. Therefore, Pyongyang not only needs to diversify its external economic ties away from China but also to diversify exports away from relying heavily on mining to labor intensive manufacturers and information technology based products.

While the DPRK announcements say nothing about Russia, building closer ties is clear one avenue towards diversification. North Korea is benefitting from deepening economic and political relations with Russia right now, with completion of the rail link to the Rajin Port and Russia’s reinvigorated political desire to thwart US efforts to further isolate Pyongyang. While Russia and North Korea are seeking to find practical ways to expand ties, the underlying economic incentives for Russia to expand investment and trade are nowhere near as strong as is the case with the border regions of China. Moreover, Russia is facing severe economic stresses. It is therefore unlikely to provide a significant alternative to China as an economic partner, although North Korea may benefit from politically motivated aid, such as more support for meeting its energy needs.

Rebuilding economic ties with South Korea is another avenue for hedging against a downturn in the economic relationship with China. But Pyongyang is justifiably wary of South Korean intentions and cautious in setting the stage for a serious renegotiation of the economic relationship that has been largely dormant except for the Kaesong Industrial Complex (KIC) since 2010. Thus, North Korean announcements on wages at the KIC and requiring the removal of economic sanctions as a precondition for progress in inter-Korean relations can be understood as an indication that improving financial balance in its external economic relations is of interest to Pyongyang.

If South Korea can moderate its approach to the North, then it may be possible to use economic and financial re-engagement to create an environment of less confrontation and more cooperation. How economic and financial engagement is rebuilt, however, will have important impacts on change inside North Korea. If wage and other management practices in the KIC can come closer in alignment to the policies that North Korea has adopted for its more recent Special Economic Zone (SEZ) initiatives, then this could be considered an indicator of positive movement towards a regime of investor relations closer to common international practices. If financial relations are managed on an enterprise-to-enterprise level (as occurs on the China side) and monies are not directly channeled to the North Korean leadership coffers, then this too could be an indicator of progress towards more normal business-like practices. This applies not only to future wage and input sourcing for companies in the KIC, but also to potential South Korean enterprise investments in other SEZs and rebuilding of the processing-on-commission trade that was suspended in 2010.

How does the new Executive Order 13687 signed by US President Obama fit into this picture? Existing sanctions have already been very successful—according to the US Department of Treasury—in discouraging banks from doing business with North Korea. The Executive Order expands the President’s authority to advance efforts to choke off its access to hard currency,[1] providing authority for the US Treasury to designate as a target for financial sanctions any agency or official person of the Government of North Korea or Korean Workers Party or entities controlled by such persons and any other person who has materially assisted, sponsored or supported a designated person.[2]

While denial of access to international banking services has a negative impact on the North Korean economy, there are clear downsides as well.

Looking ahead, the new Executive Order gives a cloak of legitimacy to more aggressive bilateral actions towards Pyongyang, but any new steps will need to be assessed not only in terms of their impact on North Korean actions on security issues, but also from the perspective of their impact on financial and economic engagement of other Six Party countries with North Korea. In fact, the present US trajectory would create greater disarray and conflicting policies towards Pyongyang among major players, certainly with China and South Korea, who are seeking to promote commercially viable economic ties with North Korea that result in mutual benefits and enhanced stability.

Finally, North Korea’s affirming its commitment to come into compliance with international standards for anti-money laundering and terrorist financing adds a new dimension to the challenge of engagement. Pyongyang’s acceptance as an Observer at the Asia Pacific Group on Money Laundering (APG) linked to the Financial Action Task Force of the OECD gives its financial authorities access to technical guidance to make improvements necessary for membership.  Not only will North Korea work for the first time with outside experts to change its financial system management to meet international standards but the committee is chaired by a Deputy Premier of the Cabinet and includes officials from the Central Bank, Foreign Ministry, Finance Ministry and law enforcement authorities. In short, this process will provide North Korean financial authorities with experience in working with outside technical experts. It will also be a test of the North Korean leadership’s willingness to accept the necessary legal and transparency requirements to achieve eventual membership and of whether cross-agency cooperation can be effectively managed.[3]

The upshot of all these recent developments is that the landscape for financial engagement with North Korea is getting more complex and achieving a common approach, while desirable, even more unlikely. One way to avoid this potential problem would be for concerned countries to adopt benchmarks for evaluating the impact and effectiveness of future financial and economic engagement policies. They might include:

North Korea’s need for foreign exchange and domestic economic improvement is a motivator for all parties to use the opportunities provided by engagement with the financial system to move inevitable change in North Korea in positive directions. The question remains, whose interests and which goals will be met in the end?

[3] It is noteworthy that Cuba undertook a similar process while still under US sanctions and is now in compliance with its commitments to the Financial Acton Task Force. The example of Cuba is a good model for North Korea and one that should be encouraged if one important objective of financial and economic engagement with North Korea is to find ways to help them integrate in appropriate ways with the international system of financial relations based on non-political criteria and performance in meeting standards.