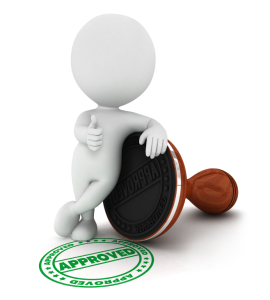 The third session of the 13th Supreme People’s Assembly (SPA), held in Pyongyang on April 9, 2015, was a routine development that followed the customary procedures and produced the expected legislative outcomes. The parliamentary theater was a political non-event underscoring the fact that North Korea’s political system is stable, Kim Jong Un is in full control, North Korea’s rubber-stamp parliament has no surprises in store for now, and the country’s bureaucratic machinery conducts its business as usual. If anyone is expecting the emergence of internal tensions or political instability, the North’s legislature is the wrong place to look for their signs: all is steady and normal on Mansu Hill.

If I were to tell someone who knew nothing about North Korea, what to expect from the next regular SPA session, I’d say it would be more or less the same what we saw this week. At the one-day session, the prime minister and finance minister would deliver their bland annual reports; the deputies would “debate”[1] and unanimously pass the plain resolution approving of the Cabinet’s work and the standard law appropriating the current year’s national budget; and the deputies would agree to this or that “organizational change” proposed by the supreme leader (this time in the membership of the National Defense Commission (NDC). This is the North’s spring legislative routine we have observed since the end of the Korean War with a brief exception in the turbulent 1990s. What would have to occur under the condition of “normalcy” has just occurred, confirming the continuity of the well-established pattern and lending further evidence to the claim that things are steady in Pyongyang.

Occasionally, foreign observers may be treated to the element of surprise when the North Koreans decide to hold a second in a year SPA session in the fall—usually to pass some piece of significant legislation (like the law mandating the universal 12-year compulsory education in September 2012) or to decide on some important “organizational matter” (like the election of Hwang Pyong So as Vice-Chairman of NDC in September 2014). On a number of occasions, the SPA sessions nearly coincided with the North’s strategic missile tests like in 1998, 2009 and 2012, which stirred some wild speculations about Pyongyang’s intentions and agitated foreign governments. But what is worth remembering is the fact that the spring SPA sessions are usually held during the so-called “confrontational phase,” when the US-ROK alliance is staging its annual spring exercises. This suggests that, despite the standard spikes in its belligerent rhetoric, Pyongyang is not particularly worried about the allied war games and prefers to conduct its business as usual without adjusting its political calendar or legislative routine to reflect the “heightened level of military threat.”

This time, Kim Jong Un did not bother to show up, which was quite common for his predecessors and underscored mundane nature of the third session of the 13th SPA. Kim Yong Nam, 87, the long serving President of SPA Presidium and the nominal head of the North Korean state, retained his post, despite some speculations that his health was failing and he might be replaced with either Choe Ryong Hae or Kang Sok Ju. Premier Pak Pong Ju, 75, delivered a solid performance report, completing his second year at the helm of the Cabinet and reassuring the audience that the government intended to continue its current socio-economic course. Vice-Marshal Hwang Pyong So, who made the international headlines when the North Korean official media revealed a few days ago that he was promoted to the membership in the exclusive Workers’ Party of Korea Central Committee (WPK CC) Politburo Presidium, did not look or act as if he were really the proverbial No. 2, most likely, because he is not and would not dare to be in the wake of Chang Song Thaek’s execution.

In general, the SPA sessions offer a good opportunity to check the latest line-up of senior party and state officials for any changes or deviations requiring explanation. The traditional participation of the old guard—Vice-President of SPA Presidium Yang Hyong Sop, 89; the former Premier Choe Yong Rim, 84; and NDC Vice-Chairmen Ri Yong Mu, 92, and O Guk Ryol, 85—indicates that Kim Jong Un finds some value in the reassuring presence of his grandfather’s and father’s old comrades-in-arms in terms of either added legitimacy or political support: no break with the past there. In contrast, the absence of two longtime Politburo members on the podium—Kim Ki Nam, 88 (the party secretary for propaganda and agitation, last seen in public on February 16), and Kang Sok Ju, 76 (the party secretary for international affairs, last seen in public on March 3)—was a bit unusual and lent some credence to the rumors that the former might have some health problems, while leaving analysts to guess what might have happened with the latter. Also noteworthy is the SPA decision to relieve Pak To Chun (the party secretary for munitions industry) from his position of NDC Member due to his “transfer to another job,” replacing him with Kim Chun Sop (former Chief Secretary of the Chagang Provincial Party Committee), which led to the subsequent decline in Pak’s standing from the No. 10 to No. 23 position in the official party and state hierarchy.

Considered separately, these minor deviations from the norm could probably be ignored. However, taken all together, the absence of two key party secretaries and the relative decline in the standing of the third party secretary raises questions about possible changes in their political influence, especially in light of the rising public visibility and personal clout of other important players in their respective fields—Kim Jong Un’s younger sister Kim Yo Jong in the propaganda and agitation field, Kim Jong Un’s longtime mentor and foreign minister Ri Su Yong in foreign affairs, and Kim Jong Un’s high-tech guru Cho Chun Ryong in the munitions sector. It also puts the spotlight on the internal dynamics within the party secretariat and its weakening role in the national policy-making process, in particular in the national defense building and foreign policy areas.

One personnel move that went unnoticed because it was never formally announced was the appointment of a new finance minister—Ki Kwang Ho. In my judgment, this is a rather important change because Ki is a professional financier well known in international finance circles.As director of the DPRK Finance Ministry’s External Finances Department, Ki served as North Korea’s special envoy in the 2007 talks on the Banco Delta Asia (BDA) issue with the United States; as finance vice-minister, he successfully negotiated the debt settlement issues with Russia in 2011-2012; and for years he handled all matters related to international financial transactions and sanctions against North Korea. He has the reputation of the man “who knows how the world works” and “who can get us some relief.” Working in tandem with the new management team at the DPRK’s Central Bank—headed by the recently appointed Governor Kim Chon Kyun—the new finance minister is expected to push for some gradual restructuring of the North’s banking system and financial sector as the next steps in the domestic economic reform. He is also reportedly in favor of greater cooperation with the Paris-based Financial Action Task Force (FATF) on Money Laundering through the work of the newly established Cabinet-level National Coordinating Committee on the Fight against Money Laundering and Financing of Terrorism, which he regards as a sufficient ground for Pyongyang to demand some relief from international financial sanctions. It is worth remembering that being a finance minister is a perilous job in North Korea: three out of ten of Ki Kwang Ho’s predecessors were executed for either factionalism or policy mistakes. So, with all his financial acumen and professional negotiation skills, he will probably tread his new policy line with a great deal of caution, being mindful of the highly whimsical nature of the winds blowing from the party center.

North Korea is not static. Two keynote official reports, ten debate speeches, and five written statements delivered at the third session of the 13th SPA offered a more nuanced perspective on its evolving situation, but they contained no revelations. While reading through the deputies’ speeches, I looked for the “proof” that something larger was not taking shape in the North Korean economy and society. And I was not surprised.

The government still aims at building the socialist economic power and civilized state on the firm foundation of the single-hearted unity around the supreme leader and workers’ party by the joint operation of the army and the people, giving priority to science and education. What a mouth full! It still credits the byongjin line with having created propitious conditions for “successful economic performance,” “rising living standards,” and strengthened national defense last year. It still promises to finally resolve the food problem by substantially increasing the production of grains, marine products and livestock, and to alleviate the energy problem in the year to come, while maintaining the defense expenditures steady at 15.9 percent. The slogans are the same, the budget numbers are meaningless.

The bottom line is that no reporting thresholds have been reached this week, the country is still within the bounds of its “normal state,” and, hence, there is nothing really worthy of causing alarm.