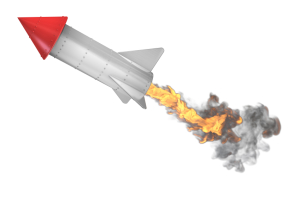 Our most important mission at 38 North is to help inform the public about developments related to North Korea. Part of that effort—and maybe the most important part—is to keep a close watch on Pyongyang’s nuclear and missile programs through commercial satellite imagery. Our analysts are all experts, some with decades of government experience, who are now retired.

Media coverage of our analysis has mostly been balanced and accurate but on occasion we feel the need to correct misleading stories, particularly given the potentially volatile situation on the Korean peninsula. In that context, there has been recent media speculation that North Korea will conduct a fourth long-range rocket launch in October on the 70th anniversary of the founding of the Workers’ Party of Korea. Because this scenario seems plausible, 38 North has been closely watching the North’s main launch facility at Sohae (the Sohae Satellite Launching Station or “Tongchang-ri”).

While our most recent analysis published yesterday found no signs of preparations for a launch, some media outlets seem to have missed the point. For example, an article by Bill Gertz in The Washington Times asserts that the DPRK has built an underground missile complex at Sohae over the past decade where it can assemble missiles for launch without observation by US intelligence agencies. Gertz then goes on to implicate us in his analysis:

The endpoint for the underground complex was revealed recently in a report by the think tank 38 North, part of the Johns Hopkins School of Advanced International Studies.

According to satellite photos, the North Koreans recently constructed a shelter over a rail line used to move missile stages to a launch pad from outside Sohae.

Well, far be it from us to contradict “US intelligence,” but based on the wealth of commercial satellite imagery covering Sohae over the past eight years—since construction began and was completed—there is no evidence whatsoever supporting Gertz’s assertion about an underground missile complex.

Gertz stated in an email that he stands by his reporting on the underground missile complex.

As for our analysis, let’s repeat the facts.

All of this is likely to make it harder for outsiders to view the rocket stages before the complete system is unveiled at the gantry tower. It may also make it more difficult to predict the exact timing of a launch ahead of time, although there will probably be signs that something is up.

Finally, because of a somewhat misleading story in the otherwise excellent coverage of North Korea in The Telegraph, we would like to add a clarification. Our article yesterday made it quite clear that there are no observable activities at the site related to preparations for a launch in October. An important caveat is Pyongyang’s effort to conceal preparations but, on balance, we feel that it will still be possible to spot suspicious activities.

As time goes by and we get closer to the October anniversary, 38 North will continue to watch this facility closely and to provide the media and the public with timely analysis. These next few weeks will likely be critical in figuring out what the North Koreans are up to, if anything.