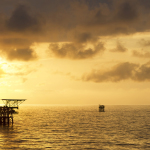 “I imagine your knuckles would be dead white at this point, Church.”

Inspector O had messaged me in the usual way to meet him in Malta. He’d given the address of a hotel restaurant atop a hill overlooking Mdina. I arrived late—bad connections in London—but O didn’t seem to notice. He was gazing contemplatively out the window at the lights below, sipping something clear. As I sat down, he turned and glanced at my hands. “Yes, as I thought, they are white, Church.” His smile had a touch too much contentment. “Nervous?”

“Nervous?” I put down my bag and seated myself across from him. “No, why should I be nervous? Hello to you, too, by the way.” It came out bit more peckish than I had intended.

“Yes, yes, hello, long time no see and all that.” O reached across the table and shook hands. “Glad you made it. Don’t worry, I understand if you’re a little off your feet.”

“Hungry? We’ll order in a moment. Let’s relax, enjoy the view.” He swept his hand toward the window as if he were the lord and beyond was his manor. “Glorious, eh?”

“Sorry, I’m tired from the trip. I confess, I’m also annoyed that, as usual, you wouldn’t tell me what was the crashing hurry in getting here. I have other things to do, you know. A glorious view I don’t need right now. Maybe something to drink.”

The waiter glided over to our table. “May I pour the wine, excellency?”

O waved the man away. “Later.”

The waiter glided back behind one of the pillars.

“Why the hell Malta?” I lifted the glass in front of me and took a rather large draught. It was not water.

“It’s ouzo,” said O as he watched my eyes open wide with the first taste. “I wanted vodka—Russian, Polish, Finnish or Mongolian, in that order, but they said they were out. Can you believe it? Who runs out of vodka? Don’t tell me you’re sanctioning it.” He took a dainty sip. “Why not Malta? Nice place. Very important to your history, isn’t that what I read? Knights and damsels, crusaders, intrigue, falcons. I thought it would appeal to your sense of adventure.”

“Thank you, but Malta is not on my normal travel line.” I took sip, wondering if this was how Homer had managed. “And you haven’t explained why my knuckles should be white.”

“Ah, well, isn’t it obvious? Don’t worry, you said to me a few months ago. Your man Trump would never last beyond the first primaries, you said. And then, when he didn’t disappear, don’t worry you said, the primary season is odd, but he’ll burn out. Now guess what, he’s the nominee. The nominee, Church!” He raised his voice a notch then let it drop to something more conversational. “You’re worried, I can see it on your face. Don’t deny it. Your brow is knitted as hell.”

“No it’s not. I’m not the least worried, but I’ll bet you are. That’s why you called me here, isn’t it? Your people are getting nervous.”

“Us? We’ve faced worse, believe me. Why should we care? The man says he likes hamburgers; he even says he’ll meet us over hamburgers.”

“Really? We figured hamburgers are a magical food for you, deeply symbolic. Some people give salt to guests, you favor hamburger. Don’t forget, we served you hamburgers during talks in Geneva in 1993, and you know what happened?”

“Thirteen months later, we had an agreement.”

I shook my head. “Do you really think that is going to happen again?”

“How do you figure?”

“Without us you wouldn’t have an excuse for that new missile defense—what do you call it, Thud?—against China.”

“It’s not against China, it’s against you.”

“OK, so you’re not nervous. That isn’t why you called me here anyway. Let’s order, shall we? I didn’t eat on the plane.”

O waved the waiter over. “Now you should pour the wine. And we’ll each have the special.”

The waiter flinched. “We do not do specials, sir. Perhaps you mean the chef’s recommendations.”

“Fine, we’ll have those. Any objections, Church?”

I indicated I had none.

After the wine was poured and the waiter had retired, O raised his glass. “To the UNCLOS.”

“To UNCLOS. You know it? The Law of the Sea. Very fine agreement. Top notch.”

I put down my glass. “What do you know about the Law of the Sea?”

“I know that some court in The Hague said that the Chinese claims in the South China Sea are invalid because they don’t stick to the UNCLOS.”

My radars were turning. “And you want to drink to that?”

“Believe me, I don’t give a monkey’s backside about the South China Sea.”

I put aside the wine and took a good swallow of ouzo to fortify myself. “But you like the Law of Sea?”

“Of course,” O flashed a charming smile. “Doesn’t everybody?”

“Yes,” I said carefully. “Everybody likes the Law of the Sea, Inspector. But we don’t normally toast to it with friends.”

“I was just thinking.” O closed his eyes to indicate he was deep in thought. After a few seconds, he opened them again. “It covers a lot of things, that Law of the Sea. Am I right?”

I kept my peace.

O leaned towards me. “A lot of things, even around my little out-of-the-way peninsula.”

It suddenly occurred to me where O was heading. I drained my glass of ouzo.

“For example,” O tapped his forehead lightly, “I wonder what the fellows in The Hague would say about, oh, I don’t know, let’s say about your Northern Limit Line. What do you think they’d say, Church, hmmm?”

I mentally threw up the first barrier that came to mind. “How should I know, Inspector? I’m not an international legal scholar.”

“Right! Here we are, a couple of gumballs…”

“…sitting around drinking Greek liquor and spinning complicated theories, hypotheticals, applying recent precedent to other maritime disputes.” He shook his head. “But hypothetically, what would happen, do you think? If the court said, hell no, that line isn’t legal, it doesn’t conform to the Law of the Sea convention, what would you and that crazy lady do? I’m betting you’d say you didn’t accept the ruling and wouldn’t implement it. Words to that effect.”

Maybe it was the ouzo talking or maybe it was the long trip, but I replied before I had a chance to think twice “The Chinese wouldn’t support it either. They wouldn’t want to look inconsistent. You can’t think they’d be on your side.”

“Now? At this hour? Where are you going?”

“Turkey! Inspector, there’s just been a coup attempt there!”

“Thank you for the news bulletin, Church. I know what happened. This is a CNN hotel.” He looked around the room and lowered his voice. “They’re interested.” He pointed upwards. “Look around Ankara, poke around Istanbul, they told me. Vey hush hush, sealed envelope, that sort of thing. So here I am. Do I look like a Turk to you?”

“Me? No, I’m not actually interested in coups. I’m interested in people. I’m a student of humanity, am I right, Church? And what could be more human than a failed coup attempt?” He looked at me solemnly for a moment, then raised his glass of wine. “Your health,” he said.

As he pushed back his chair, the waiter appeared and handed him a Greek fisherman’s cap. “Enjoy the dinner, Church, sorry I have to run. Don’t worry, it’s paid for. Luckily they take Bitcoins.”

He stood unsteadily, took a few steps away from the table, but then turned back. “Law of the Sea,” he said. “You ought to read it sometime. It has lots of applications. Lots. In fact, you people have a saying about a moose, am I right?”

“What’s sauce for the moose.”

“Goose,” I said, but it was too late. He had already disappeared out the door.