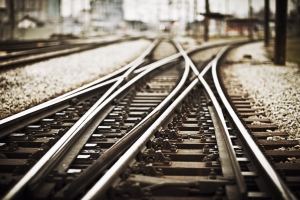 There was a train wreck last week, but not a lot of people noticed, swooning as they were over the July 6 announcement that the US Department of Treasury had designated Kim Jong Un by name on a new list of individuals sanctioned for human rights violations. In the dance of jubilation, few had the time or inclination (to borrow a line from Irma La Duce) to pay attention to a DPRK government spokesman’s statement released earlier the same day. That statement made clear what the North Koreans have been hinting at for some time—yes, they were willing to talk about denuclearization.

Notice I did not just say that the North has declared that it would completely give up its nuclear arsenal. Instead, Pyongyang has taken a major, long-term step of defining the scope of denuclearization in terms that potentially brings the discussion back down to earth, reintroducing concepts that both Seoul and Washington had previously accepted. Those concepts? At their core, they are not those of the September 2005 Six Party joint statement, but the January 1992 North-South Denuclearization Declaration.

It is important to pay attention to the vehicle Pyongyang used to convey the latest position—a DPRK Government spokesman’s statement, among the highest on the North’s ladder of authority. Statements at this level are generally used to signal important new policies. They are not employed to spread pixie dust, but neither are they entirely straightforward. They need to be—dare I use this language in mixed company—parsed.

Definition. Most fundamentally, the statement redefines “denuclearization,” or to be more precise, revives a definition of “denuclearization” that the North had long used (going back as far as the 1980s) but had appeared over the past few years to abandon, or at least to posture as if it were abandoning, in favor of something much more sweeping and unattainable. Specifically, the statement says:

For Pyongyang that definition provides a better, more realistic, more salable, and more defensible starting point—that is, if there is to be “denuclearization,” it will pertain very specifically to the Korean peninsula. At this point, there is no need to stumble over what is meant by “and its vicinity.” This is an accordion term, and will doubtlessly end up being expanded or contracted were negotiations ever to get started. If “vicinity” raises flags, that’s only natural, and the North Koreans know it.

Pedigree. To provide the firmest, most unassailable rationale for this stated willingness to consider the question of denuclearization, the statement recalls that denuclearization was the “behest” of Kim Il Sung and Kim Jong Il. The last time central DPRK media mentioned this denuclearization behest of the leaders was in an important—but largely overlooked—June 2013 National Defense Commission statement. Actually, the current formulation goes a step beyond that by specifically linking Kim Jong Un to the issue, asserting that denuclearization is “the steadfast will of our party, army, and people who are advancing under the leadership of the respected and beloved Comrade Kim Jong Un.”

Rationale. The statement then wades into the tricky question of how to justify this new position. In recent years, the North has reserved wriggle room for itself. It has claimed that US actions and hostility had forced the DPRK finally to move to acquire nuclear weapons, while routinely hedging its stated determination to keep and develop these weapons with qualifiers such as “as long as,” e.g., as long as the US continued to threaten the North. Now, with a long-practiced ability to leap out of a corner, Pyongyang has switched the use of the qualifier from a barrier to a springboard. If the US caused the problem, then the US must also help resolve it, and here, precisely, are the things the Americans can do.

But wait! In the middle of this discussion, up pops the following:

This is precisely the fundamental reason that the denuclearization of the North—which the United States, the puppet gang, and its other following forces are persistently demanding—can never work under any circumstances.

Sequence. The issue of sequence, which has always been key in US-DPRK talks, rears its head.

The United States, which is attempting to realize its ambition to invade our Republic at any cost by maintaining its nuclear superiority, and the puppet gang that has been completely following it, should seriously reflect on their past riddled with the crimes of systematically obstructing our struggle for the peace and denuclearization of the Korean Peninsula, before they talk about somebody’s nuclear abandonment.

Instead of blabbering about the North’s unilateral denuclearization, while absurdly blaming us for making nuclear threats and provocations, they ought to take the path of using their own hands to untie the nuclear knot they made by their actions. That path should start with the complete elimination of the source of nuclear threats and blackmail against us, not with the North’s denuclearization first. (Emphasis added.)

A vexing problem in dealing with the North typically is not just who does what, but equally important, who goes first. For the North Koreans, sequence is a form of substance. It is organic to a solution, not simply for its practical implications but also for the deeper symbolism in a situation where neither side trusts the other, not one bitty iota. In the context of the July 6 statement, with the assertion that the US must go first, Pyongyang is opening the door to the expectation that theirs is a next move and, at least notionally, the North can take steps that it might previously have rejected.

Specifics. In a number of ways, it is the specific demands the statement lays out that wake the ghosts of the January 1992 North-South denuclearization declaration. In broad terms, of the five demands, the US has previously met or at one time agreed in principle to four of them. Let’s take them as the North presents them:

Reciprocal steps. The government spokesman’s statement, not surprisingly only includes the North’s demands, which if experience is any guide, are not Pyongyang’s bottom line but rather an opening public position. Left for the future are those things the North will offer in return. Since reciprocity is a bedrock principle in DPRK negotiations, one might suppose that Pyongyang is signaling that it is prepared to discuss parallel (if not exactly identical) measures on its part. In fact, the statement asserts:

If such security guarantees are actually made, we will also take corresponding measures, and an epoch-making breakthrough will open in realizing the denuclearization of the Korean Peninsula.

Of course, no one will know what “corresponding measures” might be unless someone asks.

The obvious—and hardly accidental—similarities between the North’s current proposal and the 1992 North-South denuclearization declaration are noteworthy, not least because Pyongyang knows that document included a ban on reprocessing and enrichment. That the 1992 N-S joint declaration didn’t work is beside the point; in fact, it never even got through the stage of setting up implementation arrangements, the fault of both sides. The key point now is that someone in Pyongyang has apparently decided that the North’s approach over the past several years has not given it the flexibility it needed to deal with the issue, whereas a more realistic concept, based on ground already plowed, might do that.

Whether the July 6 proposal itself, or even just some of its key components, will survive to emerge again after the dust from recent US actions settles is impossible to say. It is often the case that when the North sets a new fundamental policy position, it may be temporarily obscured and seemingly abandoned, only to be reoccupied in the future (albeit sometimes in the very distant future). Of course, when they put this particular position together signaling a willingness to discuss denuclearization, it is unlikely that anyone in Pyongyang realized that just hours after its release, it would be flattened by an onrushing State-Treasury express going at full throttle into a dark and foggy night.

For those interested, here is the text of the Joint Declaration of the Denuclearization of the Korean Peninsula:

The South and the North,

Desiring to eliminate the danger of nuclear war through denuclearization of the Korean peninsula, and thus to create an environment and conditions favorable for peace and peaceful unification of our country and contribute to peace and security in Asia and the world,

Chung Won-shik
Prime Minister of the Republic of Korea;
Chief delegate of the South delegation to the South-North High-Level Talks

Yon Hyong-muk
Premier of the Administration Council of the Democratic People’s Republic of Korea;
Head of the North delegation to the South-North High-Level Talks