A little after midnight, early on the morning of July 15, as most of the Korean peninsula slept, were North Korean spies up late listening to the radio?

This was the big question after a strange sequence of numbers was read out on a North Korean radio station. It sounded a lot like the coded messages previously used to relay instructions to spies during the Cold War and perhaps that was the point.

The broadcast began at 12:45am, according to the Joong Ang Ilbo.

“From now on, I will give review work for the subject of mathematics under the curriculum of a remote education university for exploration agents of the 27th bureau.”

You can hear some clips of the broadcast in these two TV news reports:

It came as a surprise, the Joong Ang Ilbo said, as North Korea hasn’t used such communications for 16 years.

In fact, a similar broadcast was made on June 24 and initially missed by most. It was just two minutes long, the Unification Ministry and National Intelligence Service said, according to an AP report.

North Korea used such broadcasts regularly for five decades until late 2000, when they were halted as relations with the South thawed under Kim Dae-jung’s Sunshine Policy.

Back then (as were the recent cases), the broadcasts were transmitted over the Pyongyang Broadcasting Station (PBS or 평양방송), a Korean-language radio station that targets listeners in South Korea, Japan and China with propaganda.

PBS puts out a powerful signal on mediumwave and shortwave that can be easily heard across most of the region at nighttime. The mediumwave outlets are jammed by South Korea but can be heard clearly in Japan. The shortwave broadcasts are not jammed anywhere; I personally heard them very well night after night in both Seoul and Tokyo.

The Yonhap TV News report plays the broadcast snippet over video of a radio tuned to 3320kHz, one of the frequencies used by PBS. It can also be heard on 6250kHz and 6400kHz shortwave and regionally on six mediumwave frequencies: 639, 657, 684, 729, 801 and 855kHz. The shortwave broadcasts often reach the United States in the overnight hours.

Numbers stations were used in the past because they provided an easy way to get messages to spies without the risk of getting caught handing over or picking up instructions. Agents simply needed to tune their radios to an assigned frequency at the correct time and take down the numbers. The numbers typically related to passages in a code book that then revealed the message.

Technology, especially the Internet, has largely made such broadcasts obsolete. These days, encrypted communications can securely relay data or it can be hidden inside pictures and video using a technology called steganography. It is presumed that North Korea has already been using such methods, likely for at least five years if not longer, either sent from Pyongyang or from one of the many government-run offices in China. 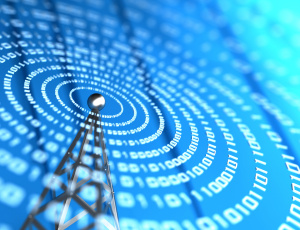 So why the sudden restart of broadcasts?

Some are worried it signals that North Korean might be planning some type of operation, alerting its spies by sending the coded broadcast. But for that to be true, North Korean agents would have had to have been listening at the right time to take down the message, and how would they have known it was coming? Numbers haven’t been broadcast for 16 years, so have agents really spent the last decade and a half listening just in case something came across? It is possible they could have been alerted that such a message was about to be broadcast, but then when why not send the message contents over whatever communications channel was used for such an alert?

Had this been a real broadcast, interpreting the message would have relied on code books that are probably years out of date, making the whole thing all the more unlikely.

There is also a possibility the broadcast really was some sort of remote mathematics course, but that seems equally unlikely given its sudden and unexplained start.

Perhaps the most credible theory says that North Korea is trying to cause a bit of panic and confusion in Seoul. If that’s true, then mission accomplished—at least for a day or two.

But the fuss in Seoul about the return of North Korean numbers on the airwave misses an important point: South Korea itself resumed its own numbers broadcasts back in February, although the National Intelligence Service isn’t as keen to talk about those.

South Korea has a much richer recent history of using numbers stations than its northern neighbor. After all, while the Internet and digital communications have made the radio stations obsolete in the rest of the world, North Korea stands alone in the almost complete absence of technological progress. So radio remains the best and safest way for South Korea to contact its agents in the north.

Here’s one such broadcast:

This type of message was such a regular fixture that a community of radio monitors had given it a nickname, “V24,” and one had worked out a detailed schedule of broadcast times and frequencies. You could consult the schedule, tune in and pretty much be assured it would be there. Until one day in June 2015 it wasn’t. The station abruptly left the airwaves and wasn’t heard of again until February 14, 2016, when regular broadcasts resumed.

“V24 is less active today than it was 6 years ago, to be sure,” a radio monitor who goes by the nickname Token, told me. He has closely monitored the station for years from his listening post in the Mojave Desert.

“However, the activity level today is roughly equal to what it has been at for approximately the last 2 years, slightly over 20 known transmissions per month,” he said.

The station is assumed to be operated by the National Intelligence Service, but that has never been confirmed. Radio monitors in South Korea have managed to pinpoint what they believe to be the transmitter site near Seoul, so it’s a pretty safe bet it is an official South Korean government station. The site is shared with one of two South Korean propaganda radio stations that daily pumps out hours of propaganda aimed at North Korea.

But these aren’t the only mysteries in the airwaves above the 38th parallel. Another station started up in late 2015 and is currently monitored more or less on a daily basis. It has been dubbed “V28.”

“At first it appeared to be a typical ‘spy’ numbers station, but as time goes on, it appears more and more to be a military station, possibly for some kind of training,” said Token, who has monitored it many times.

“It is still being called a numbers station, however its function is somewhat in question.”

Radio monitors are convinced V28 is coming from North Korea, although the sometimes strange broadcasts have them stumped. Some have talked of hearing conversations, possibly a TV playing in the background, while the broadcasts often jump or drift in frequency—a possible indication of an old analog transmitter.

Whatever the source and content of all of these broadcasts, they do represent a peculiarity of the Korean peninsula in the 21st century. With the absence of international communications in the DPRK, this Cold War technology lives on here like nowhere else on the planet.