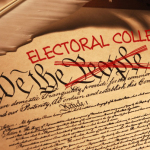 The voice boomed across the bar. Each of the patrons had looked up and was staring at me, some annoyed, some bemused at the interruption to the normal solitary quiet of the place.

I looked around. In a dark corner, standing and waving, was Inspector O.

“My friend!” He beamed. As I walked up, he threw his arms around me and gave me a big hug. “Sit, sit,” O said, still too loud. “Drinks, darling,” he beckoned a waitress. “Drinks for my dear friend.”

My first thought had been that he was as drunk as a skunk, but as I got a better look, I could tell, no, he was rock steady sober.

“What is this, Inspector? This boisterous welcome? And don’t call the waitress ‘darling.’ You’ll get in trouble.”

“What might this be about?” I decided to get to the point, if tentatively. “I thought you would be furious with me.”

“Why should I be furious?” He patted the waitress on the backside and winked at me.

“And you were wrong. That’s fine. Don’t worry about it. We all make mistakes.”

O laughed. “How could it not? You have a billionaire as President, Church. A bee eye ell ell eye…”

“But you don’t know how happy you’ve made them.”

“The boys in the propaganda department! They used to have to make this stuff up, you know, about how the millionaires ran your country behind the scenes. Now you have a billionaire as president. AS PRESIDENT!”

I tried to hush him. “Lower your voice, would you? You’ll get us kicked out.”

O smiled broadly. “Deported, you mean?” He laughed. “By the way, we know something about fencing, if anyone needs us. Keep ‘em in, keep ‘em out—it’s all the same charge.”

“You didn’t ask me here to Berlin to gloat. You have something on your mind?”

O’s eyes gleamed. “You bet I do. You are such a sly dog, Church. Why didn’t you tell me before?”

There was no need for me to say anything. He was clearly in second gear and not going to stop for anything like a question from me.

He waited a moment, took a sip of his drink, then slammed the table so hard with his fist that the glasses bounced. “Why didn’t you tell us about this democracy stuff?”

“Huh?” I steadied my glass as best I could.

“Don’t be coy.” O leaned across the table and looked me in the eye. “You know what I mean. Whoever would have thought that you didn’t need the most votes to win?” He sat back again and smiled at the memory. “They practically hoisted me on their shoulders at home, singing and dancing and carrying on.”

“Of course, it goes without saying. But Jagang and Ryanggang? Who needs them? Bunch of lefties anyway.”

“That’s not all, you don’t just want to thank me. There’s always something else.”

“Well, one thing.” O looked around, lifted the sugar bowl and felt underneath it. “Seems clear,” he said. “OK, but don’t tell anyone. We are looking for alums.”

“Wharton? No, I mean the Electrical College. We can’t find it on the net. Is it accredited? Does it have a football team? Fraternity parties, that sort of thing?”

“Never heard of it. Maybe it’s a technical school. Why do you want alums from there? To fix up your grid?”

O fixed me with a penetrating stare. “Do not toy with me on this, Church. This is extremely important to…” He pointed to the ceiling. “This college, it’s terrific. Terrific. They told me to get enrollment forms, scholarship information, electives, tuition for out of state, everything.”

“What did you say the name was?”

O paused. He looked in a notebook he took from his pocket. “The Electrical College.”

A light dawned. “It has to do with the election?”

“Does the Pope sleep in the woods?”

Yes, of course,” O gave me a searching look. “Of course it has to do with the election, and with your grand version of democracy. We want to open a branch campus in Pyongyang, or if that is a problem we can pick a spot more to the liking of the administration. Maybe it will get these human rights people off our necks.”

“Listen,” I said. “I think you mean the electoral college. Only it isn’t a college.”

“No, it’s just a term, kind of a notional construct.”

O’s eyes were beginning to glaze over. He took a large swallow from his glass. “Oh, my god,” he said to himself.

“Have you read our Constitution?”

He took a small booklet from his pocket. “Here. Have you read ours?”

“The one that says you are a nuclear state?”

O shrugged. “It is not as easy to get it amended as you might think.”

“Here’s my advice. Just watch. Don’t do anything for a while, don’t say anything.”

“We haven’t, if you’ll notice, said anything about your new president.”

“Yes, probably smart. You knew what she was going to do, but you don’t know what he will do.”

O sat quietly for a long moment. Then he gathered his things and stood up as if to go. “You don’t mind picking up the tab for this one?”

He sat down again. “I was thinking,” he said.

And I knew in an instant this was what the meeting was all about.

“I was thinking,” he said. “You know that really tall building in Pyongyang? The one that looks like a space ship? The one that people chuckle about and say it will never be finished?”

“Well, it would make a good hotel.” He paused. “A very good hotel.” He looked closely at me, as if with his gaze he could put the idea firmly in my mind. Then he smiled. “Off we go,” he said, “into the wild blue yonder.”

As he walked away, he suddenly turned. “I’m glad to see you,” he said. “I was really afraid you might have drunk humlack.”

“Hemlock,” I said, but he was already out the door.