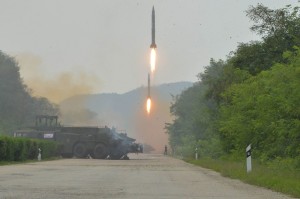 At 12:14 p.m. on September 5, 2016, North Korea launched three missiles within one minute of each other from a highway south of Pyongyang. All three launches were successful; the missiles reportedly each covered a distance of 1,000 km and landed about 240 km west of Okushirito Island, part of the Japanese prefecture of Hokkaido.

The tests marked the first public demonstration of this missile, but the weapon itself is not new. Rumors surfaced more than 15 years ago that North Korea possessed this missile, and strong indications exist that it was part of a massive transfer of Soviet technology and know-how to the DPRK in the 1990s.

Figures featured in analysis, hover over images for captions.