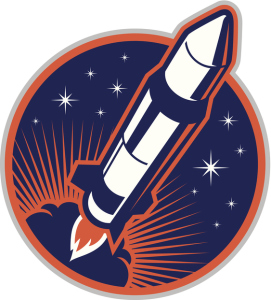 On January 19, South Korea’s Yonhap news agency reported that North Korea had placed two missiles on mobile launchers in preparation for possible testing in the early days of the Trump administration. Details are still scarce, and it should be noted that North Korea has in the past prepared missiles for launch without conducting any test. As we recently noted, missile “tests” are often political demonstrations, and often what is being demonstrated includes an element of restraint. And, of course, if launch preparations indicate technical problems likely to lead to failure, the nature of the demonstration will likely be changed to accommodate the technical reality. Still, it is possible that North Korea could conduct a missile test in the next few days.

We recently discussed what this might entail, but from the limited data available we can perhaps narrow down the speculation. The missiles are reportedly on mobile launchers, but are explicitly described as less than 15 meters long. This measurement rules out any of North Korea’s known ICBM prototypes, all of which are at least 16 meters long. North Korea probably has missiles under development that we don’t know about, but the likelihood of any such missile being ready for an imminent flight test without our first having seen signs of extensive ground testing is very low.

One possibility is that we are not seeing a complete missile: a KN-14 mobile intercontinental ballistic (ICBM) without the reentry vehicle, or a KN-08 mobile ICBM without the third stage, would meet the description provided. It would be unusual to mount the missile on a mobile launcher in an incomplete configuration, but it might be done if the reentry vehicle is stored separately and the mobile launcher is the most expedient way to deliver the missile to the launch site. If this is the case, we might expect a demonstration launch in the next few days, allowing time to mate the reentry vehicle and conduct a final checkout of the integrated system.

It has been suggested that North Korea might even launch a KN-08 with only the first two stages, if for example, the third stage is facing severe technical difficulties. This seems unlikely, however, as both the guidance system and the attachment fitting for the reentry vehicle are part of the third stage. One might launch a missile with a dummy third stage containing only the guidance and payload systems, with ballast in place of the engines and fuel. There is precedent for this in other countries’ large rocket testing, but the rocket would still be of normal length.

A final possibility is that the missile is a plain old-fashioned Nodong missile, the workhorse of North Korea’s strategic arsenal and just about 15 meters long. Kim Jong Un’s engineers almost certainly understand that any test of a new ICBM rushed to meet a political deadline will likely result in failure, and if they have had the courage to tell their boss this then Kim might settle for posturing with shorter-range missiles that he can be confident will actually work.

We are looking for high-resolution satellite imagery to help clear this up. For now, we see three realistic possibilities. First, this may turn out to be simply a bluff.Second, the North Koreans may posture with a demonstration launch of a Nodong missile or two, demonstrating no new capabilities but reminding the world that they are at least a regional threat, Finally, they may launch a KN-08 or KN-14 missile after adding a yet-unseen reentry vehicle (and in the case of a KN-08, the entire third stage).Such a test would probably fail and embarrass the regime, but it could fail in a way that provides Pyongyang’s engineers with critical data going forward. North Korea usually fails with their first test of a new missile, and usually figures out how to make it work in the end.