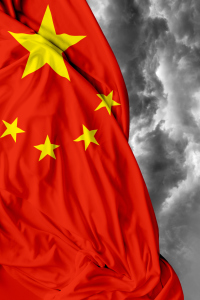 At the beginning of the Trump administration, the situation on the Korean peninsula is highly uncertain and potentially volatile. During a late January research trip to Beijing, “uncertainty” and “concerns” were the keywords that best characterized how Chinese scholars and officials are feeling about Trump and the two Koreas. During his presidential campaign, Trump suggested that he would be willing to negotiate with North Korea directly. However, that scenario has become more uncertain in recent months, especially given the hawkish instincts of President Trump and his national security team. Chinese analysts nonetheless expect the US to enlist Beijing’s support on the North Korea issue and are anxiously waiting for Washington to engage so that China can bargain for its preferred outcomes. The prolonged silence from the administration is making Beijing increasingly uncertain and uncomfortable, and complicating its plans to reduce the threat that the United States and its network of alliances in Northeast Asia poses to Chinese security and strategic influence.

Between 2013 and 2016, China tested an alternative alignment strategy on the Korean peninsula. Frustrated with North Korea’s brinkmanship continuously damaging Chinese security interests, President Xi Jinping placed his hope on South Korean President Park Geun-hye to improve China’s strategic position. At the heart of this scheme was an effort to turn South Korea into China’s “pivotal” state in Northeast Asia, thereby undermining the US alliance system in the region and diminishing its threat to China. As a result of Sino-ROK rapprochement, senior-level visits soared, bilateral economic ties strengthened and many South Koreans questioned the utility and future of the US-ROK alliance. In an ideal scenario, China’s new realignment strategy would defeat the US-orchestrated “Northeast Asia NATO” based on America’s alliances with Japan and Korea, and counter the US-Japan alliance with an alignment between China and both Koreas. From the Chinese point of view, this would not only reduce China’s vulnerability vis-à-vis the US, but also lay a firm foundation for Chinese regional predominance.

However, events after the fourth North Korean nuclear test in January 2016 entirely derailed China’s scheme. Overestimating its presumed influence over Seoul, Beijing refused to adequately address South Korea’s legitimate security concerns, which eventually led to Seoul’s decision to deploy the Terminal High Altitude Area Defense (THAAD) system. China sees the THAAD deployment as a threat to strategic stability with the United States and an obstacle to its desired regional blueprint. As such, Chinese policy toward the Korean peninsula has evolved significantly in the last year, reflecting the realization that undermining the US-ROK alliance and turning South Korea into a Chinese strategic asset were both improbable in the near future and raising the prospect that Beijing might not have a choice between the two Koreas after all.

Nonetheless, while China’s ambitious efforts to transform geopolitical alignments on the Korean peninsula did not come to fruition, it still has two other key priorities. First, Beijing has not completely given up its efforts to defeat the THAAD deployment. At a minimum, it hopes that a victory for progressive forces in the upcoming South Korean presidential election, such as the Minjoo Party, could alter Seoul’s deployment plans for the system. While acknowledging that a complete reversal of the deployment decision is unlikely, Beijing hopes that a new South Korean government might delay the initial deployment or reduce the number of deployed units. China sees the propensity of the progressives to engage North Korea, to improve relations with China and to limit the scope of the US-ROK alliance as aligned with its overall strategic agenda. Although China’s ability to sway a South Korean domestic election is limited—for example, by maintaining the implicit sanctions China has imposed on South Korean companies, products and industries for the THAAD deployment—its preference and influence are expected to have an impact.

Second, China hopes to mitigate the impact that any future North Korean intercontinental ballistic missile (ICBM) test might have on its strategic position and influence on the peninsula. The conventional wisdom is that North Korea will not want to conduct the test immediately after Trump’s inauguration, as it will almost certainly block the chance for dialogue with the new US administration and boost the popularity of the conservatives in the South Korean election. However, based on North Korea’s previous pattern of behavior, Chinese experts expect to see provocations in the coming months if Trump chooses to follow Obama’s policy of strategic patience. At the same time, Chinese analysts are inclined to downplay the significance of such an ICBM test, citing the immaturity of North Korea’s long-range missile technology and its likely failure. Still, Beijing will oppose any preemptive strike by the US on the launch site, although it does not fully believe that the US would take such a risky move and jeopardize South Korean security—a fundamental assumption embedded in China’s assessment of the prospects for conflict on the Korean peninsula.

Beijing has always insisted that North Korea’s nuclear development is motivated by Pyongyang’s vulnerability and insecurity, and argued that only the US and North Korea can resolve the stalemate through a peace negotiation. Selfless as it may sound, there is a certain level of hypocrisy in that position. As it has become clear to American officials and experts that strategic patience failed to address the North Korean nuclear threat, there have been more vocal calls to resume US-DPRK dialogue in return for a decision by Pyongyang to suspend its nuclear and missile tests. For China, the danger lies in the unpredictable consequences of such a bilateral negotiation. If the United States and North Korea decide to move ahead with a deal, the improvement of relations between them and the shifting balance of power on the Korean peninsula will diminish what China perceives as its leverage and strategic influence. Therefore, if the Trump administration unilaterally initiates bilateral talks with North Korea, it will be met with suspicion rather than enthusiasm from Beijing.

China’s potential reaction to a North Korean ICBM test all comes down to one question: What does Beijing want? One thing is clear: China wishes to see denuclearization and peace dialogues, but also wants to be an indispensable party in these dialogues to monitor and influence their direction. Beijing believes that the “dual-track” approach (parallel negotiations on denuclearization and a peace treaty) it proposed in 2016 offers the best hopes for achieving its strategic and security goals. Although the Obama administration largely rejected this approach, Beijing sees a new opportunity to try it again with the Trump administration. Trump should understand, however, that China’s position on the Korean peninsula is neither objective nor neutral and that it will view all solutions primarily through the lens of its strategic competition with the United States. As a result, it is important for all the concerned parties to have realistic expectations about a grand bargain with China over North Korea and treat it with extreme caution.

The US-China relationship under Trump is undoubtedly the largest uncertainty in China’s relations with both North and South Korea. If the Trump administration, as appears to be the case, chooses a more confrontational approach towards China, soliciting Beijing’s support and assistance in pressuring North Korea will be exceedingly difficult. A more hawkish stance from the United States will make Beijing instinctively seek more policy leverage, and provocative North Korea behavior that goes unpunished militarily by the United States offers tremendous opportunities for Beijing to be wooed by Americans to rein in Pyongyang. Past experience, including the Cheonan incident, the shelling of Yeonpyeong Island and South Korea’s THAAD deployment, have demonstrated the high level of leniency Beijing will afford Pyongyang when the United States applies greater pressure on China in response to such provocations.

The application of US secondary sanctions on China, which some American officials and experts have discussed, is likely to make China less rather than more cooperative on North Korea. It is unlikely that effective sanctions could be imposed on these entities without poisoning bilateral relations and adversely affecting China’s willingness to cooperate with the US on North Korea. China opposes unilateral sanctions as a general principle, and in particular condemns those that affect Chinese companies or interests. Beijing’s cooperation on the Iran nuclear deal was not incentivized by US sanctions on the Chinese Bank of Kunlun and Zhuhai Zhenrong, but by the opportunities offered for expanding Chinese influence in the Middle East and leveraging its cooperation in overall relations with Washington. In the Chinese view, the North Korea nuclear program, unlike the Iranian case, is much more complicated and sensitive because it directly affects China’s national security, and therefore requires more comprehensive and political solutions.

If the Trump administration’s primary goal is to confront China and thwart Beijing’s regional ambitions, the most effective policy (and the worst nightmare for China) would be a unilateral improvement of relations with North Korea. Whether that is politically possible depends on how far the administration is willing to pursue diplomacy and negotiations to defuse the North Korean threat. On the contrary, pressuring China is unlikely to make it cooperate. Beijing wants a grand bargain over the future of the Korean peninsula conducive to China’s interests. Without a proper endgame to incentivize the Chinese and a policy of dialogue that allows Beijing a key seat at the table, neither pressure nor solicitation will succeed.