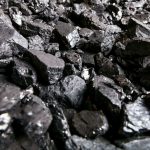 On February 18, the Chinese Ministry of Commerce announced the suspension of coal imports for the remainder of this year. In a daily press briefing, Chinese Foreign Ministry spokesperson Geng Shuang said: “According to our statistics, China has already approached the upper limits of coal imports from North Korea. So because of this, we have stopped imports of coal from North Korea with a responsible attitude.” Echoing his comment was the Chinese Commerce Minister Gao Hucheng, who explained that China’s coal import from North Korea by mid- February was close to the quota stipulated by UN Security Council Resolution 2321.

While the world has welcomed this decision, it remains unclear whether China acted to fulfill its UN obligations or unilaterally to punish North Korea outside the scope of the UN sanctions. Beijing’s official explanation suggests the former. However, the real customs data points to a different story.

To determine its true intention, an accurate accounting of North Korea’s coal exports to China during the first two months of the year is required. UN Security Council Resolution 2321 stipulated the limits as:

Conventional wisdom on North Korea’s total coal production and export capacity is that it does not exceed 2 million tons per month. Historically, there have been only four times that monthly coal exports to China surpassed that amount: July 2015 and March, August and December of 2016.

Using this level as a baseline, China should not have met or even come close to the volume quota of 7.5 million tons within the first 1.5 months of 2017. Indeed, based on the data released by the Chinese General Administration of Customs on March 23, China imported 1.44 million tons and 1.23 million tons of coal from North Korea during this past January and February. The total rounds up around 2.67 million tons of coal, roughly 35.6 percent of China’s annual volume quota for such import.

At the same time, however, the value of these coal imports is much more difficult to determine. China’s domestic coal price increased significantly during 2016, when it adopted radical policies to reduce excess domestic coal production by 290 million tons. For example, the price of steam coal rose significantly from 370 to 629 RMB per ton. According to the National Bureau of Statistics, the price of anthracite in the domestic market saw a smaller increase of 805 to 906 RMB per ton from January 2016 to February 2017.

Using the current exchange rate, the 906 RMB per ton translates into around 130 USD per ton for the Chinese domestic market price for anthracite. If this price is used to assess China’s coal imports from North Korea during the first two months of this year, the total value of China’s coal imports would have been 347 million USD. In this case, China would have a legitimate claim that it was nearing the upper limit set by the UNSCR 2321.

However, the official data from Chinese customs reveals a very different story. During January and February of 2017, the values of China’s coal imports from North Korea were 121.6 million USD and 97.4 million USD, respectively. That brings the total value of China’s coal imports from North Korea this year to around 219 million USD, about 55 percent of the upper limit stipulated by the UN resolution. The numbers reported to the Security Council Committee established pursuant to the UNSCR 1718 are identical in terms of the volume but are slightly higher in terms of the value: 126.4 million USD and 104.6 million USD were reported for January and February.

The customs data reveals several key issues on China’s coal trade with North Korea. First, the average price of North Korean coal sold to China, about 80 USD per ton, was significantly lower than the price on the Chinese domestic market of around 130 USD per ton. Despite the high domestic price, China was able to maintain a relatively low price for coal imports from North Korea. This could be because North Korea does not have enough buyers to strike a good bargain, but could also serve to explain North Korea’s sense of being exploited by China and its strong reaction when China announced the coal import ban. In an unusually hostile commentary on state-run media, North Korea denounced China’s decision to suspend coal imports and mocked China as “dancing to the tune of the U.S., styling itself a big power.”

Second, the data reveals the significant impact of the coal import ban on China’s domestic anthracite consumption. North Korean anthracite comprised 80-85 percent of total anthracite imports between 2015-2016. In 2016, total anthracite imports from North Korea equaled 8.09 percent of China’s total domestic anthracite production. According to an estimate by China Coal News, the minimum amount of import reduced by following the UNSCR 2321 (15.58 million tons) will lead to a 3.5 percent gap between demand and supply on the Chinese anthracite market and the price of anthracite is bound to increase. The real impact on the Chinese domestic economy may not be as severe, since China is trying to reduce the excess capacity of the coal industry. However, the price China pays for it is not insignificant.

Assuming the data is correct, it points to an intriguing fact that the Ministry of Foreign Affairs and the Ministry of Commerce were not honest about China nearing the upper limits on North Korean coal imports set by the UNSCR 2321, since 2.67 million tons and 219 million USD are well below these limits. Unless China has other sources of coal imports from North Korea that were not accounted for in the customs data, China unilaterally adopted punitive measures on North Korea that were not required by the UN Security Council Resolution.

There are two possible explanations for China’s decision to impose such a radical measure on North Korea. First, two events occurred a week before the announcement of the ban that almost certainly aroused Chinese ire with Pyongyang: 1) North Korea’s test of a Pukguksong-2 intermediate-range ballistic missile on Feb 11; and 2) the assassination on February 13 of Kim Jong Un’s half-brother Kim Jong Nam, who had been under Chinese protection. Both events gave Beijing ample reasons to put more pressure on North Korea to rein in its provocative behavior.

Second, the Chinese may have wanted to send a conciliatory signal to Washington, given their concern over US-China relations under President Trump. Beijing has wanted to sweeten the pot with Trump in order to induce a friendlier US policy toward China and solidify a quid-pro-quo, transactional approach on key issues important to both sides. Since the Trump administration has identified North Korea as a key national security threat, it is reasonable to infer that China’s action on North Korean coal imports was aimed at heading off harsher US demands for stronger Chinese sanctions against North Korea. Considering the US-Chinese tensions that will form the backdrop for this week’s summit between Presidents Xi and Trump, Xi’s ability to show that it is punishing Pyongyang severely on coal imports could help to lower tensions with the United States and preempt US demands on North Korea that China cannot accept, such as cutting Chinese energy and food aid. China will not go so far as to trade North Korea with US for a positive China policy by Trump. In fact, it is hard to imagine what US can offer for such a trade. However, taking some heat off the potential demands by the US may well be China’s calculation.

Although some believe that Beijing counted in December 2016 coal imports from North Korea when asserting it was nearing the UNSCR ceiling—which there is no easy way to verify—the Commerce Minister’s statement was specific in its reference to only calendar year 2017 imports. All that said, at some point, China will have to explain the discrepancy between what the Foreign and Commerce Ministries said and what the customs reported. The answer most likely will come from Mar-A-Lago later this week.